Media Attack Gov. Kristi Noem For Not Panicking And Destroying Her State

The South Dakota governor rejected the mandatory government-forced shutdown. Now, the media claim her decisions were made out of emotion and naked ambition, not courage. 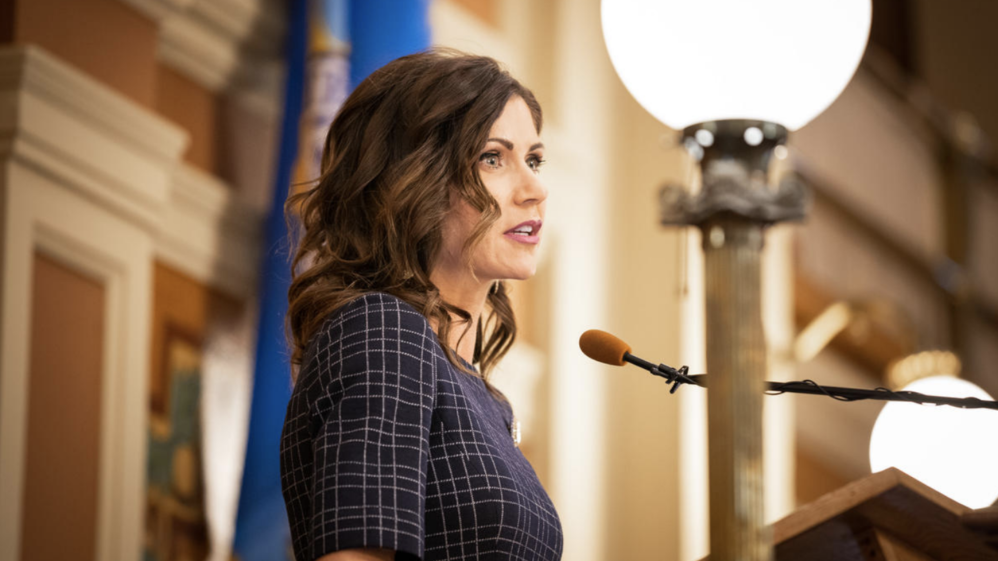 As the Coronavirus spread from Wuhan, China, to the United States, most governors quickly acquiesced to the media’s demand that they force a governmental shutdown of their states in order to prevent hospitals from being overwhelmed. The media continue to be heavily invested in the shutdown model, even as the country realizes that hospitals are nowhere close to being overwhelmed and, in fact, many hospital systems are furloughing doctors and nurses due to the mandatory cessation on handling most non-COVID-19 cases.

With the predicted hospital demands being dramatically off, the media’s goalposts have shifted violently from demanding a shutdown to “flatten the curve” of exponential growth that would overwhelm hospitals to demanding a continued shutdown to lower the number of COVID-19 deaths, no matter the consequences, including long-term economic damage, serious harm to the food supply, or death from other causes. While the media generally praise “government shutdown” politicians such as New York Gov. Andrew Cuomo — who kept unsanitary subways running, forced people into deadly nursing homes, and demanded tens of thousands of ventilators he never used — they condemn politicians such as South Dakota Gov. Kristi Noem, who has strongly encouraged social distancing measures but not used government force to accomplish public health goals. The media predicted that Florida’s Republican Gov. Ron DeSantis’ more measured approach would result in horrific disaster. It hasn’t. Unlike Cuomo, DeSantis focused on nursing homes more than the low likelihood of transmission on big, sunny beaches.

The media sense that they will face less scrutiny for their preferred policy position if they can remove sane alternative policy approaches from the table. To that end, Noem and others who reject the mandatory, long-term, government-forced shutdown model as the preferred option for their states must be condemned. The media aren’t uniform in condemning alternate policy approaches, it should be noted. Georgia’s Republican Gov. Brian Kemp is one of the media’s enemies for encouraging phased reopening of his state while Colorado’s Democratic Gov. Jared Polis, who is following the same approach, has not received similar media hatred.

Whether it relates to sexual harassment claims, or Coronavirus policies, the media play by two different sets of rules. To get good coverage as a Republican, in this and all other storylines, one must typically condemn conservatives or President Donald Trump. Just ask Utah Sen. Mitt Romney, or Massachusetts Gov. Charlie Baker, or Maryland Gov. Larry Hogan for more details on how to secure friendlier media coverage.

MSNBC’s histrionic Rachel Maddow devoted nearly a week of programming to condemning Noem in mid-April, around the time the Washington Post ran a piece of panic pornography headlined, “South Dakota’s governor resisted ordering people to stay home. Now it has one of the nation’s largest coronavirus hot spots.”

The article, which was tweeted out by the New York Times’ Ken Vogel, CNN’s Jake Tapper, NBC News’ Sahil Kapur, the Washington Post’s Glenn Kessler, MSNBC’s Rachel Maddow and many others, was written at the time that South Dakota had 6 deaths. As of May 3, the number had risen to 21. The outbreak was at a Smithfield pork processing facility that even the most stringent of state lockdowns would have deemed an essential business to allow to keep open in preservation of the country’s food supply.

Modelers predicted South Dakota would need 10,000 beds if no government order were put in place and nothing were done to stop the spread of Coronavirus. While no government stay-at-home order has been put in place and Noem has simply encouraged citizens of the state to make good decisions, the latest prediction is that the state will need a peak total of 127 beds on June 20. Noem argues that this shows her state’s population is properly practicing social distancing. The state was one of the first to launch a contact tracing application as well.

The latest media attack on Noem comes from out-of-state reporter Thomas Beaumont, filing from Iowa, and his colleague Stephen Groves, both of the Associated Press. It’s a bizarre piece. The article begins with an unflattering photograph of Noem, a difficult feat given how attractive the governor is. (Noem was rated the most beautiful member of Congress when she served in the House.)

The two men who wrote the article purport to get into the governor’s mind and ascertain that her policy goals are driven not by her leadership or rational decision making but by emotion and naked ambition. It is unclear why they believe they’re qualified to perform this type of analysis, much less how these men developed their theories about this woman’s political path. Courageous leadership is certainly a way to stand out, but comes with extremely high risk in our media environment, as articles such as this attest. It would seem that a more ambitious politician would attempt to find safety in the herd. They admit that the media politically oppose the governor but suggest that they’re not alone, “It’s not just the media who have questioned her approach,” they write.

The two men cite the mayor of Sioux Falls as a prominent Noem critic. They repeatedly cite the talking point that Mayor Paul TenHaken called for “sweeping stay-at-home orders,” which was true a few weeks ago. They do not note that he has since declined to institute a stay-at-home order for his own city, even after saying he was going to do soin mid-April.

During a historically tough year for Republicans, Noem’s winning of the state most politically famous for having previously produced Democratic Majority Leader Tom Daschle is redefined as “She won the governor’s office with just 51 percent of the vote in 2018.” Her opponent, the reporters forget to mention, was an extremely popular state senate leader.

The article has a few other factual problems. Without evidence, and in the face of contrary evidence, it suggests Noem is following Trump’s lead on mandatory shutdowns. His comments have been inconsistent but his administration has strongly supported government shutdowns and he himself has condemned Kemp for attempting to restart his state’s economy. The article falsely claims that there is no evidence that the veteran malaria drug is effective for Coronavirus treatment. While the effectiveness is hotly debated by doctors and researchers, multiple perspectives have evidence in support of their claims.

For her part, Noem seems unlikely to be bullied by media. In a Coronavirus update at the end of April, she told citizens, “As governor, I did not dictate to the people of South Dakota, tell people which activities are officially approved or not, or begin arresting, ticketing, or fining people for exercising their rights. Nor am I doing that today. I will, however, continue to lead and help South Dakota navigate a path forward in this uniquely difficult and challenging time.”

Noem praised the prudent decision making of the people of South Dakota in the face of a global pandemic, saying it was them that make the state great, not the government. “The people of South Dakota are the source of the power and legitimacy of our government – not the media, not politicians and not political parties. That’s a healthy perspective for any elected official to keep in mind.”