The media has for decades been constructing a pretense that an elderly four-time cancer patient who falls asleep on the job and can barely walk is peppy, alert, and capable. 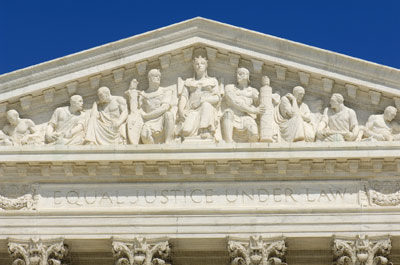 On Sunday, CNN’s “Reliable Sources” did a segment about President Trump’s recent doctor visit that opened with host Brian Stelter questioning, “Trump says he went for a very routine physical because he had extra time, but does it all add up?” Stelter brought on medical correspondent Dr. Sanjay Gupta to question the official story of what the chyron called “Trump’s Mystery Hospital Visit.”

“Any time a 73-year-old man with clinical obesity and a history of heart disease goes to the hospital unannounced, obviously medical people are going to ask why, what prompted that?” Gupta said. “And keep in mind, the president going to the hospital is a big deal, no matter what.”

Gupta then tried to read the tea leaves into the hospital not being informed and prepped beforehand of the president’s visit and the fact that a week ago the White House doctor rode with Trump in the car, which he says is unusual. Gupta then worried about the possibility that the doctors were “beholden to the president” and might not tell Trump the truth about his health. Gupta reiterated these concerns in an accompanying 2,100-word CNN article the same day.

While CNN devoted all this to one news story about a top political figure’s unannounced doctor visit, corporate media outlets in general have been busy sending the opposite messaging about a litany of health difficulties for Supreme Court Justice Ruth Bader Ginsburg. The 86-year-old Ginsburg was admitted to the hospital on Friday with “chills and fever.” The Supreme Court’s oldest justice went home Sunday, according to CBS’s Jan Crawford.

BREAKING FROM SCOTUS: Justice Ginsburg was hospitalized overnight at Johns Hopkins with chills and fever. Symptoms have abated, expected to be released tomorrow.

Justice Ginsburg released from Johns Hopkins. “She is home and doing well,” Court says in a statement. The justices return to the bench for arguments Dec 2.

The reports on her illness from CNN, USA Today, Bloomberg, and The New York Times were routine writeups of the press statements Crawford posted. Instead of 2,000 words of probing about the “mystery” behind Ginsburg’s series of recent ailments, CNN Supreme Court reporter Ariane de Vogue pointed out evidence of Ginsburg’s vigor, such as her participation the same day she was hospitalized in an “important” Supreme Court conference.

“I have been watching her carefully since the beginning of this term, and she has been such an active participant. She’s often the first one asking questions, and she follows up,” de Vogue commented. De Vogue failed to point out that Ginsburg has been known for the past 13 years to fall asleep during oral arguments, although she did mention that the justice has had cancer four times.

“This is a very strong woman who has had frail health at times,” de Vogue concluded. “But, boy, she’s a strong woman.”

Ginsburg is clearly a strong woman in the personality sense. That is beside the point. If she were not a far-left political actor, Ginsburg’s health record would not be lipsticked. It’s also much worse than Trump’s. She’s 13 years older than Trump, who is 73. She’s been falling asleep in oral arguments since 2006. Ginsburg also fell asleep during two of President Obama’s State of the Union Addresses and Pope Francis’s speech to Congress in 2015.

Ginsburg can barely get herself off the Supreme Court dais, another long-time situation. She is typically extremely hard to hear when she speaks from the bench. Two weeks ago, she missed oral arguments due to a stomach bug. She also missed two weeks of oral arguments in January due to lung cancer surgery. The first two times she was treated for cancer, in 1999 and 2009, she didn’t miss a day of oral arguments.

In August, Ginsburg was treated with three weeks of radiation for a different cancer, pancreatic. Last November, she fell and broke three ribs. Ginsburg is simply and clearly not in good health. The divergence in treatment between her health history and Trump’s was replicated in media dismissal of Hillary Clinton’s fainting spell, the Washington Free Beacon noted.

The opposite-world media coverage is not shocking, because corporate media do free PR for the left, but it is unfair and impedes the American people’s business. The Supreme Court always considers significant cases, and those pending are no exception: whether Trump can undo President Obama’s executive order suspending immigration laws, whether laws against sex discrimination require employers to allow cross-dressing, whether religious schools may participate in state choice programs, to what extent states may regulate abortion, and more.

Working furiously against this needed realization, the media has for decades been constructing a pretense that an elderly four-time cancer patient who falls asleep on the job and can barely walk is peppy, alert, and capable. Back in 2013, the Washington Post published a cutesy profile of Ginsburg’s personal trainer, who got her to peak performance of 20 pushups. That same year, The New Yorker’s Jeffrey Toobin claimed she was stronger than younger justices using the same workout equipment.

Stephanie Mencimer described in Mother Jones last year other media efforts in this absurd PR campaign to pep up an elderly justice with a long and serious history of health difficulties:

Details of [Ginsburg’s exercise routine] appear in Notorious RBG, and Ginsburg allowed the RBG documentary makers to film her doing pushups and tossing a medicine ball—proof, the film implies, that she is nowhere near death’s door.

Last year, personal trainer Johnson published The RBG Workout: How She Stays Strong and You Can Too, for which Ginsburg wrote the foreword. In March, Ginsburg helped promote the book by going on TV to work out with Stephen Colbert …Only the most die-hard superfan could call Ginsburg’s Colbert performance anything but cringeworthy—those things she does with Johnson are most definitely not pushups. The episode felt like a desperate attempt to convince the world, and maybe Ginsburg herself, that she didn’t grievously miscalculate in refusing to retire before 2014.

If it were Trump who had been a four-time cancer survivor who could barely walk down three steps, we’d be enduring a media thunderstorm demanding he resign rather than watching sunny profiles of him lifting five pounds with help next to a comedian. We’d have the Supreme Court potentially ushering Ginsburg off the bench the same way they ushered out Associate Justice William O. Douglas in 1975 after he suffered a debilitating stroke but still refused to resign. (Read the link — his story is shocking.)

Why would a justice well into the twilight years and by all appearances having a rough time not retire gracefully so her succession could be well-planned for optimal benefit to the nation? Everyone knows the answer: Because the Supreme Court is not a strictly judicial force that applies the laws as they are written. It is a political institution that makes political decisions, not a legal institution that makes legal decisions.

Ginsburg is among the justices notorious for her manipulation of the law. That legal corruption does make her job easier for her age. She doesn’t need to actually analyze the law itself, she just needs to know what would be politically advantageous to the left and rule accordingly, as she has done her entire tenure.

Still, Ginsburg obviously doesn’t want to retire while a Republican has the power to appoint her successor. Along with the entire Democrat-Media Complex, Ginsburg badly miscalculated by assuming Hillary Clinton would win the presidency in 2016 and thus didn’t resign while Obama could appoint her replacement.

So Ginsburg is now stuck in political purgatory, having to sit on the bench as her already delicate health declines even further. For her sake, and the country’s, let’s pray her departure doesn’t look anything like Douglas’s — and that her successor helps undo the court’s overweening importance as an unelected superlegislature in which justices’ personal politics can subvert the law.