Medicare For All: Progressive Campaign Killer

Column: Harris and Warren fell for the fool's gold of socialized medicine 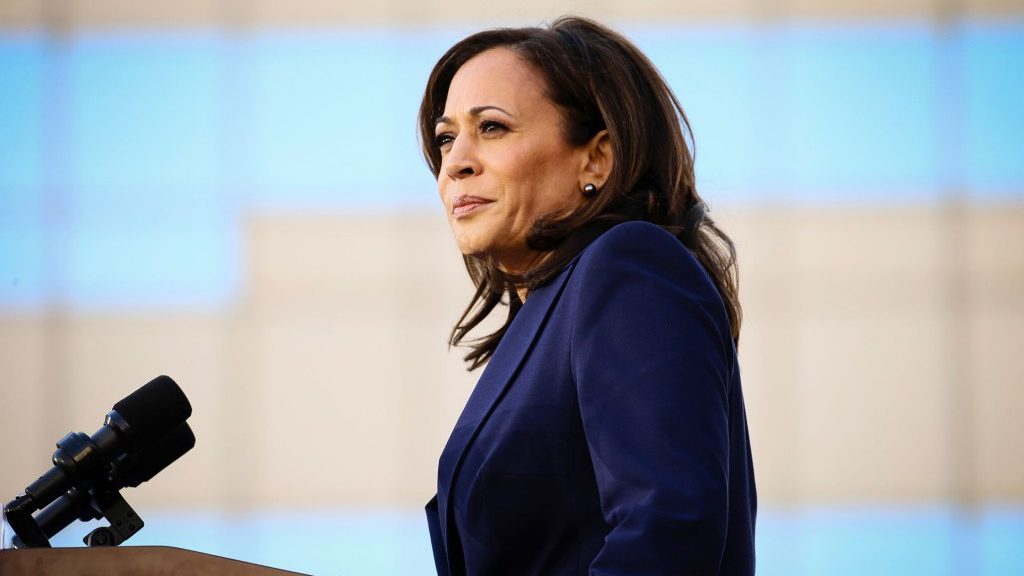 Pundits have a ready explanation when one of their favorites loses or ends a campaign: The voters just didn’t get to know the candidate the way media do. He or she was too wonky, or eager to please, or insular, or revealing, or uncertain for the masses. The electoral process made it impossible for him or her to connect with voters. The classic example is Hillary Clinton, who has reintroduced herself to the public umpteen times over the decades. A friend who knows her once told me I would like Clinton if only I got to meet her informally. I had a good laugh at that one.

A similar lament greeted the news that Kamala Harris had dropped out of the Democratic primary. Last year CNN ranked Harris first among the contenders. Now it’s back to the Senate. The Washington Free Beacon compiled a short video of media types saddened by Harris’s departure. A New York Times op-ed asked, “Did We Ever Know the Real Kamala Harris?” Writers for the Washington Post said that Harris failed because she lacked “a theory of the case” and wasn’t able “to explain why she was running for president.” Yes, it helps to have a reason for your candidacy beyond media reports that you check all the right boxes. But the argument that Harris flopped because of a failure to communicate lets her off easy.

The Times piece didn’t mention the policy initiative upon which Harris launched her campaign: Bernie Sanders’s Medicare for All legislation that would eliminate private and employer-based health insurance. Harris signed on as a cosponsor to the bill last April. It’s haunted her ever since. Medicare for All might look like the sort of “big, structural change” that sets progressive hearts aflutter. For most voters it causes arrhythmia.

The proposal is liberals’ fool’s gold. It appears valuable but is actually worthless. It gets the progressive politician coming and going: Not only do voters recoil at the notion of having their insurance canceled, but candidates look awkward and inauthentic when they begin to move away from the unpopular idea they mistakenly embraced. That’s what happened to Harris earlier this year, and is happening to Elizabeth Warren today.

Harris moved into second place nationwide after her ambush of Joe Biden over busing during the first Democratic debate. But her position soon began to erode. Her wavering position on eliminating private insurance dissatisfied voters. She had raised her hand in support of the policy during the debate, but the next day she walked it back. Then she walked back the walk back. Then, ahead of the second debate, she released an intermediary plan that allowed for certain forms of private insurance. She stumbled again when Biden called her to account for the cost of the bill. Tulsi Gabbard’s pincer move on incarceration, using data first reported by the Free Beacon, made matters worse. By September, Harris had fallen to fifth place.

This was around the time that Warren, bolstered by adoring press coverage and strong retail politics, began her ascent. For a moment in early October, she pulled slightly ahead of Biden in the RealClearPolitics average of national polls. Her rivals sensed an opportunity in her refusal to admit that middle-class taxes would have to increase to pay for Medicare for All. The attacks took their toll. Support for Warren fell. She then released an eye-popping payment scheme that failed to satisfy her critics. In early November, she released a “first term” plan that would “transition” the country to Medicare for All. In so doing, she conceded the unreality of her initial proposal. She came across as sophistical and conniving. Her descent continues.

The national frontrunner, Joe Biden, and the early state leader, Pete Buttigieg, both reject Medicare for All in favor of a public option that would allow people to buy into Medicare. They reflect the polls. Democrats support a public option at higher levels than they do Medicare for All. A November Des Moines Register poll of likely Democratic caucusgoers found that only 36 percent supported a Medicare for All plan that would cancel private health insurance. More than half supported some other alternative to a one-size-fits-all universal government program. The November Quinnipiac survey found that 71 percent of Democrats and Democratic leaners were for a Medicare buy-in. That is 12 points higher than the support for Medicare for All.

One reason for Bernie Sanders’s polling stability is that Democrats remain open to the idea of Medicare for All. They just want a candidate to be direct about the costs and tradeoffs associated with the program. Voters in general are not as credulous. When told that Medicare for All would mean additional taxes and the end of private insurance, voters reject it.

A Global Strategy Group poll of 1,113 registered voters in June concluded that support for Medicare for All depends on the way the question is phrased. While the survey found that 51 percent of respondents supported a Medicare for All program in the abstract, support fell to 47 percent when respondents were told that it “would provide the Medicare program to all Americans and eventually eliminate all private health insurance.” Opposition spiked to 53 percent.

The mid-November Kaiser Family Foundation Health Tracking Poll of adults found that 53 percent favored a version of Medicare for All “in which all Americans would get their insurance from a single government plan.” A 65 percent majority, however, favored a public option “that would compete with private health insurance plans and be available to all Americans.” That’s music to Biden and Buttigieg’s ears.

When Kaiser asked adults if they favored a Medicare for All plan that would “require many employers and some individuals to pay more in taxes, but eliminate health insurance premiums and deductibles for all Americans,” support fell to 48 percent. And when Kaiser asked if they favored Medicare for All that would “increase the taxes that you personally pay, but decrease your overall costs for health care,” support fell to 47 percent. Forty-eight percent were opposed.

Quinnipiac found that support for Medicare for All among all voters has fallen from a high of 51 percent who said it was a good idea in August 2017 to 36 percent today. The picture looks even worse for progressives in the swing states. The most recent Blue Wall Voices project of the Kaiser Family Foundation and the Cook Political Report found that a 62 percent majority of swing voters in Michigan, Minnesota, Pennsylvania, and Wisconsin called Medicare for All a “bad idea.” The top health care priority for voters was lowering prescription drug costs. Medicare for All was last.

Once thought to be the fulfillment of the age-old dream of universal health care, Medicare for All is more like one of those ingenious Acme devices Wile E. Coyote uses to catch the Road Runner. It’s a catapult that launches you into the stratosphere. And right into a wall.