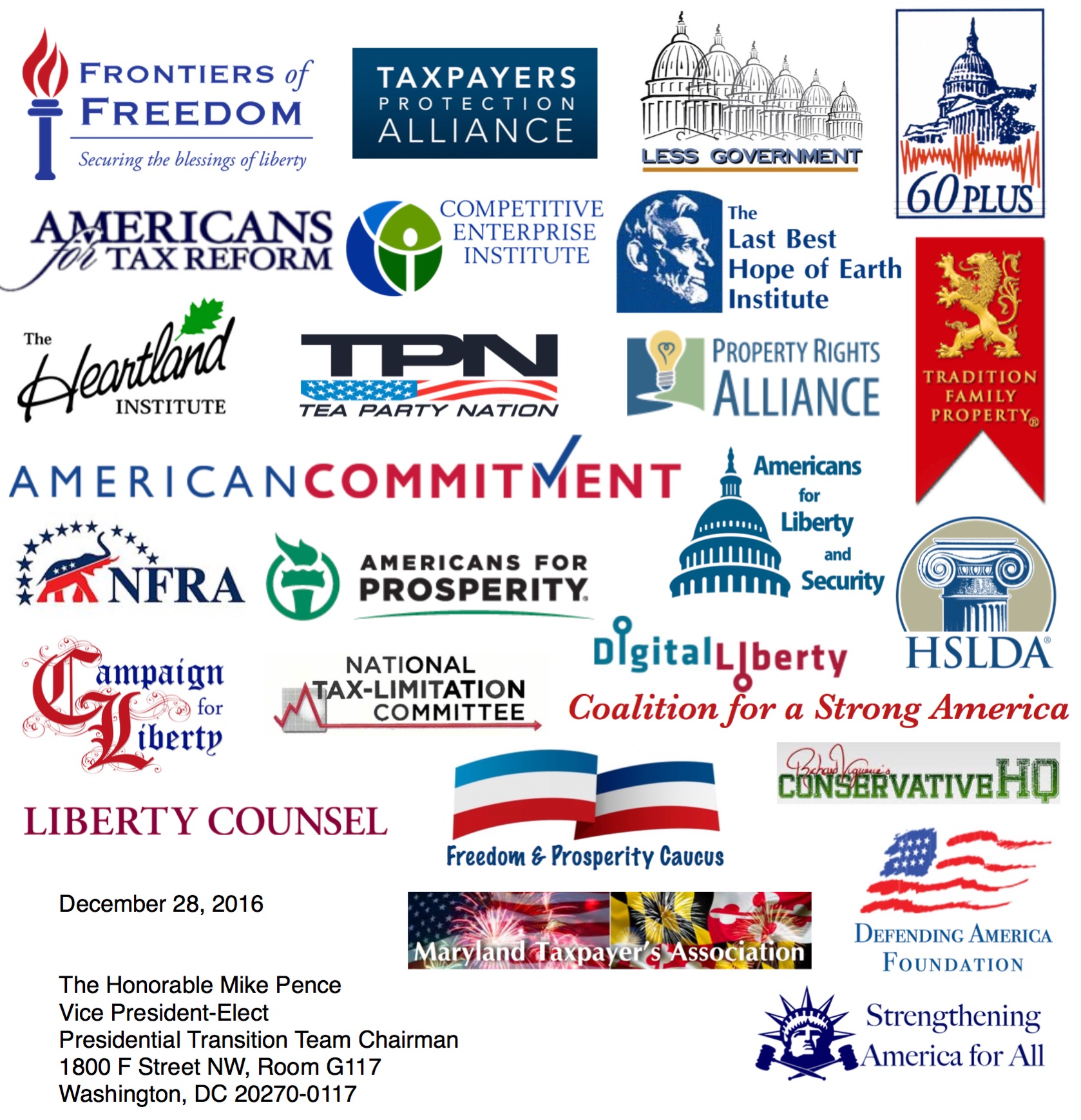 It has come to our attention that a number of Departments and independent agencies are working furiously behind closed doors to bring significant, legally tenuous litigation against American business interests before January 20, 2017.  Doing so will saddle the Trump Administration with having to litigate cases based on job crushing liberal legal theories.  Such “midnight litigation,” particularly litigation that does not concern imminent threats to health or safety, must receive the strictest of scrutiny from the transition, and we urge the new Administration in the strongest possible terms not to treat such litigation with deference.

We have long been concerned about “midnight regulation” – regulations promulgated in the waning days of a lame duck administration.  Because of this concern, Congress enacted the Congressional Review Act, which provides Congress procedural tools to disapprove expeditiously these last ditch midnight regulations.  Congress, however, has no authority over litigation brought by the Executive Branch, and it will be incumbent upon the Trump Administration to decide whether to continue to pursue such cases.

President-elect Trump promised to “make American great again” and successfully argued that a rigged system has stymied growth, competitiveness and opportunity.  This is due in no small measure to the Obama Administration’s war on business, which was again made apparent only days ago with the President’s executive action to ban offshore oil drilling in areas of the Artic and Atlantic Oceans.  The mountains of regulations promulgated by the current Administration are a key reason economic growth has been dismally low.  Litigation is another form of executive action that can have similar devastating impacts on American jobs and competitiveness and should be reviewed in the same manner that the Transition is reviewing regulations.

We appreciate the difficult work ahead of you and wish you the best as you continue to prepare to undo the damage of the last eight years.