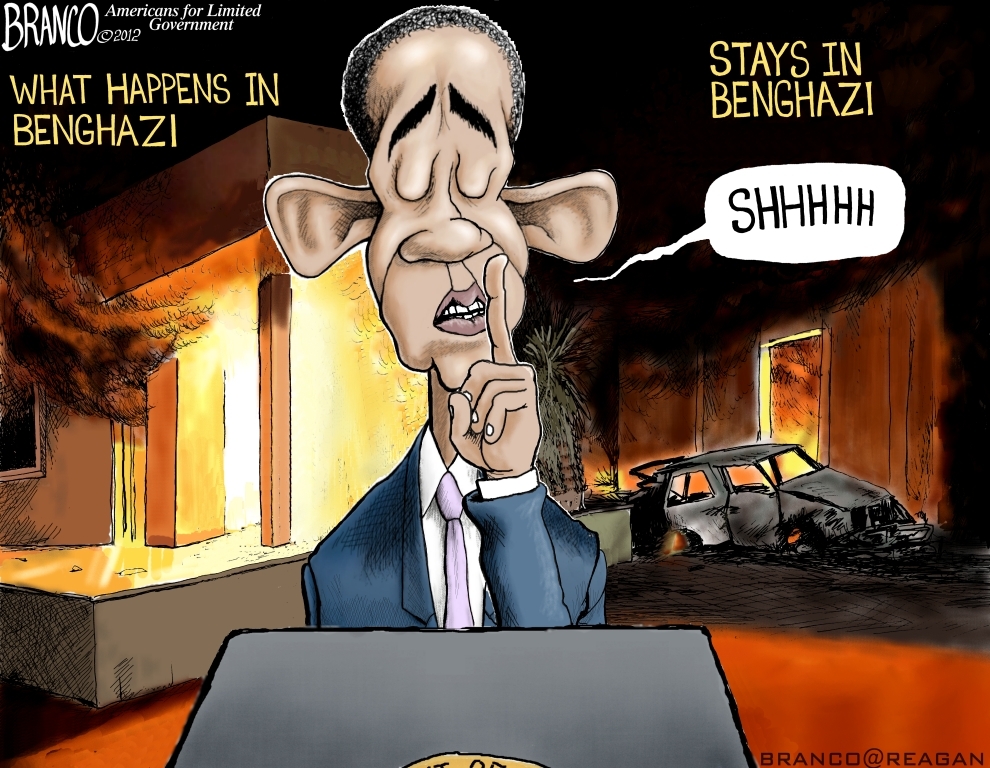 by Michael B. Mukasey

Last week’s encounter between former acting CIA Director Michael Morell and the House Permanent Subcommittee on Intelligence may have brought us a bit closer to the truth of how four Americans came to be killed at the U.S. consulate in Benghazi, Libya, on Sept. 11, 2012, and how their countrymen came to be lied to about it. But the progress toward truth was probably not made in a way that Mr. Morell intended. The encounter on Capitol Hill also made clear that the forum that will take us all the way to the truth must be something other than a congressional hearing.

Mr. Morell announced at the start of the hearing that he was there to refute claims that he had “inappropriately altered CIA’s classified analysis and its unclassified talking points . . . for the political benefit of President Obama and then-Secretary of State Clinton.” Critics of the government’s performance on Benghazi have charged that Mr. Morell’s revisions principally although not exclusively involved changing the description of the violence and its perpetrators, and removing the suggestion that they might have had ties to a terrorist organization. These changes, it is argued, enabled Susan Rice, the U.S. ambassador to the United Nations at the time, to promote the discredited and since abandoned narrative that the violence was a reaction to an anti-Muslim YouTube video produced by a probationer in Los Angeles.

The acting CIA director’s changes to the talking points did indeed enable the blame-it-on-the-video fiction, which served the interest of a president seeking re-election based in part on having put al Qaeda on the run, although in fairness it is not clear that was Mr. Morell’s motive. Thus he edited out a description of the warnings that the CIA had provided to the State Department of earlier terrorist attacks on the British embassy and on the Red Cross that caused them to withdraw their personnel, and a description of an attack that blew a hole in the U.S.’s own installation—events that might have suggested that Sept. 11, 2012, was not an isolated event.

Mr. Morell said he did the revising because it would have looked unseemly for the CIA to appear to be pounding its chest and blaming the State Department.

He substituted “demonstration” for “attack” despite the direct statement by the CIA’s Libya station chief in Tripoli that there was no demonstration; Mr. Morell changed “terrorist” to “extremist.” His explanation is that he relied on the CIA’s analysts, who he said had comprehensive information available to them, rather than on the CIA’s station chief, who relied on the testimony of eyewitnesses who arrived soon after the attack started. He used the term “extremist” because that’s what CIA analysts call terrorists.

Here it is actually possible that Mr. Morell fell victim to a bifurcated culture within the CIA. On one side is the directorate of operations, made up of those who do things, from gathering information to carrying out covert activities. On the other is a directorate of intelligence staffed by analysts who evaluate the information gathered by the directorate of operations and others. Mr. Morell spent his career in the directorate of intelligence. By his own account, when faced with a contradiction between what people on the ground were saying and what analysts were saying, his view was that unless the analysts—whom he called “my analysts”—changed their view, he would go with their version, even though they relied in large measure on local press reports.

The directorate of intelligence functions according to a protocol whose rigidity we more often associate with the military. So analysts whose deductions put them at odds with those on the scene wouldn’t have considered, and apparently didn’t consider, simply ringing up those on the scene and getting their input. To the contrary, analysts deal only with information that comes in the prescribed way. The CIA station chief’s communication to headquarters came in an email and did not get circulated within the intelligence community as it would have if it had been contained in a cable.

There was, as it happens, other information available. A private company, Agincourt Solutions, had followed the Twitter, TWTR +0.43% Facebook FB +2.89% and other social media in the vicinity of the U.S. installation attacked in Benghazi. The company found no evidence of a “demonstration.” There were video cameras trained on the front gate of the consulate that showed no demonstration. Days before the attack, al Qaeda leader Ayman al Zawahiri had been calling for an attack to avenge the death of Abu Yahya al-Libi, a senior al Qaeda member who was, as his name suggests, a Libyan. And Sept. 11 is a date of highly symbolic value to people who set great store by symbols.

The last two data points were certainly available to the CIA analysts, and the camera feed should have been. But all this was discounted, apparently in favor of their consensus view that the attack at Benghazi had started with a demonstration that drew inspiration from violence inflicted on the U.S. Embassy in Cairo—allegedly as part of a protest against the video.

That consensus about what happened in Cairo, which Mr. Morell repeated in his House testimony, is just as flawed as the conclusions initially drawn about Benghazi. The Cairo violence was organized by Zawahiri’s brother and ended with the hoisting of the al Qaeda black flag over our embassy.

To be sure, after the attack Mr. Morell pointed out to White House officials during a secure video teleconference on Sept. 15 that the station chief disputed the analysts’ conclusion that there had been a demonstration in Benghazi. That objection might have been sobering if the disclosure of the analysts’ conclusion had taken place in a setting where the agency was performing its usual task of briefing policy makers who would then take a decision. And Mr. Morell seemed surprised, in this testimony, that the analysts’ views were taken public. Yet the CIA was asked soon after the attack by the White House to help draft “talking points,” which should have tipped him off that some extramural talking was planned.

Of course, neither Mr. Morell nor the directorate of intelligence is responsible for where the administration took the narrative, which included both Secretary of State Hillary Clinton and President Obama invoking the YouTube video over the caskets of the four slain Americans when they arrived in this country. Mr. Obama and Mrs. Clinton told the grieving families that the producer of the video would feel the weight of the law. It was one promise they kept: Nakoula Basseley Nakoula was arrested in the middle of the night in the glare of TV lights for a probation violation—the only arrest thus far growing out of the Benghazi attack, even though the identity and whereabouts of the principal suspects, one of whom is an alumnus of Guantanamo Bay, have long been known.

The Kabuki of a House intelligence hearing—with the witness delivering prepared remarks and committee members keeping one eye on the television cameras and relying on small staffs with many other responsibilities, questioning in five-minute bursts—is not suited to the sustained and focused effort necessary to test a witness’s story and to pursue leads, even for members who wish to conduct a serious inquiry. The rules of Congress permit the appointment of a select committee to investigate a particular topic when circumstances warrant—a committee staffed for the job and with no other mandate. Notwithstanding Secretary Clinton’s immortal “what difference at this point does it make?,” the creation of such a committee is overdue.

Michael B. Mukasey served as U.S. attorney general (2007-09) and a U.S. district judge for the Southern District of New York (1988-2006). This article was published at The Wall Street Journal.