By Tristan Justice • The Feralist 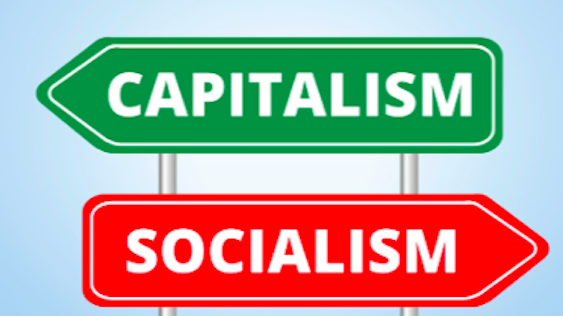 Half of Democrats blamed President Donald Trump for making them “like capitalism less.”

While Democrats increasingly flock to socialism, the study shows that a vast majority of Americans still favor critical elements of a capitalist society and report being skeptical of government programs to alleviate poverty.

The study found that 84 percent of Americans believe it’s not wrong for people to make as much money as they can honestly, and 69 percent of respondents agreed that billionaires “earned their wealth by creating values for others.” The authors also found that 60 percent of Americans rejected the idea that welfare programs were created to bring people out of poverty.

The report comes in the middle of the Democratic presidential primary where left-wing candidates supporting proposals such as “Medicare for All,” a “Green New Deal,” reparations for slavery, and other massive expansions of the U.S. welfare state are conquering the field, proposals which experts say are mathematically impossible to fund even with near-impossible tax increases on the rich.

The Democratic primary’s front-runner, former vice president Joe Biden, has worked to frame himself as the moderate in the race, which, compared to the rest of the candidates in the race appears accurate. As The Federalist’s Emily Jashinsky has pointed out however, Biden is by no means a moderate, the whole field’s platforms are just farther left. The former vice president’s platform itself has gone even further leftward of Hillary Clinton’s in 2016.

On health care, climate change, and criminal justice reform, Biden has adopted the prescriptions of the left with the drastic expansion of the federal government cloaked in moderation by the cover provided by openly socialist candidates competing in the race.