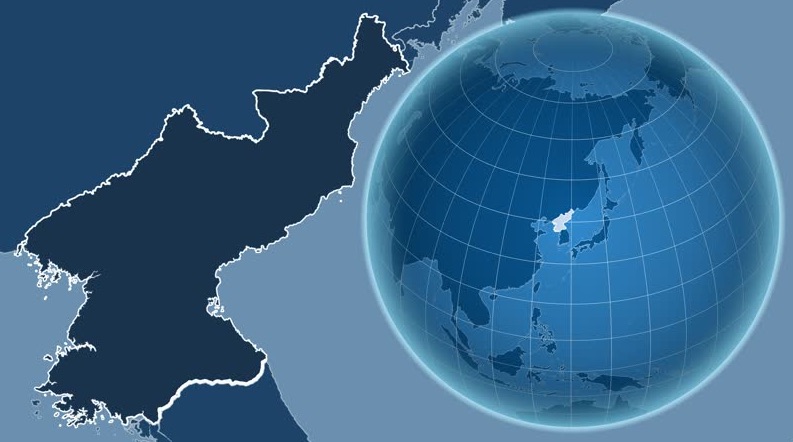 Despite many UN Security Council resolutions and even more numerous sanctions imposed by the United States and its allies, North Korea has always refused to negotiate seriously about its nuclear ambitions.  Indeed, neither Kim Jong-il nor his son Kim Jong-un have displayed any noticeable respect for the punitive actions of the UN, the United States and its allies, demonstrating almost on a daily basis their contempt for the toothless diplomacy of the rest of the world.  Thus, the list of steady provocations by Pyongyang has been endless.  The last one, the successful test firing of an ICBM that could reach the continental United States, just occurred at the end of July.  In addition, most recent reports state that the regime is working on developing a hydrogen bomb.  In this manner, Pyongyang has managed to keep the world in a state of permanent suspense about its belligerent nuclear fervor and its strategic quest for full military control over the Korean peninsula.

It is a very sad commentary upon the state of the world that an extremely poor country with a GDP smaller than the annual budget of Fairfax County, Virginia, can masquerade as a militarily powerful and technologically progressive one.  Yet, the overwhelming majority of the twenty five million North Koreans exist in abject poverty without any real hope that the authoritarian despotic regime would in any time in the future pay any attention to improving their standard of living.  The reason for this unsettling situation is that internationally chaos and anarchy rule with scant hope for cooperation among the United States, Russia, and China to solve even the most basic conflicts across the globe.

After President Trump’s understandable criticism of China’s passivity regarding North Korea’s provocations, coupled with the increasing tensions in the South China Sea, the Asian countries directly and indirectly affected by the deterioration of US-China relations wonder how this standoff will reflect on the present and future stability of the entire continent.  This problem is compounded by the concomitant worsening of US-Russia relations that make the United States’ European allies uneasy about Moscow’s future behavior vis-a-vis the European Union.  The newest sanctions imposed by Congress and reluctantly signed by President Trump are badly hurting the Russian economy, which already reeling from the steady decline in oil and gas prices.

Meanwhile, the United States recently conveyed a message to China and Russia that it is no longer concerned with regime change in Pyongyang, not for the time being at least.  On the other hand, China and Russia did not veto the American authored new sanctions against North Korea in the UN Security Council.  Although China went along with a new set of restrictive measures banning North Korean exports of coal, iron, iron ore, lead, lead ore,  seafood, and the export of North Korean (slave) labor, it insisted that the so-called Six Party Talks must resume.  Moreover, upon China’s demand the resolution states that “the verifiable denuclearization of the Korean Peninsula in a peaceful manner” is a priority, and called on the United States and North Korea “to respect each other’s sovereignty and exist peacefully together.”  Finally, the Chinese ambassador, Liu Jieyi, called for a halt to the deployment of THAAD and the dismantling of all relevant equipment already installed.  He claimed that  “(T)he deployment of the THAAD system will not bring a solution to the issue of (North Korea’s) nuclear testing and missile launches.”  Taking into account Pyongyang’s record of non-compliance, it is difficult to imagine a positive outcome from any negotiations involving six countries with distinctively different foreign policy objectives.

To wit, Russia’s ambassador to the UN, Vasiliy Nebenzya criticized the United States for its and its allies recent military exercises in the region and claimed that troop deployments on the border constitute “a direct threat to its (North Korea’s) national security.”  Echoing the Chinese position, he went on to say that “dialogue and negotiations” are needed to attain peace and stability in the region.  Meanwhile, China declared an area the size of West Virginia in the Yellow Sea off limit to civilian vessels, ahead of an extensive three-day naval exercise near the coast of North Korea.  Not to be outdone, Russia vowed to enhance its military cooperation with Tehran, due to the new sanctions imposed by the US Congress against both countries.

Another seemingly insoluble strain in the relations among the militarily strong powers is the enduring chaos in the Middle East and the bloody civil wars in many countries of the region and beyond.  Clearly, the current international system has proved to be inadequate to deal effectively with all the violence and mayhem across the globe.  The truth is that there is a close relationship between the domestic and foreign policies of every country.  This thesis is even more true in countries where governments are imbued with the notions of unbridled ambitions and the sick megalomania of their despotic leaders.

In this light, the United States, Russia, China, and all the lesser states face the political dilemma of what kind of foreign policy to follow.  Should they singlemindedly embark on a foreign policy of confrontation with the rest of the world, or rather pursue foreign policies that would guarantee in the long run peace and stability.  With despots like Kim Jong-un, who could adapt himself to no discipline at all, particularly those which would secure domestic tranquility and decent standard of living to the people, establishing harmonious international relations is impossible.  The twin evils of a despotic authoritarian and a gambler politician have never been separated within the Kim family.  The former has always been in deadly conflict with everyone – people, family, loyalists, and allies – and above all with himself.  Counterintuitively, the latter would always reach back to the former for assistance, while being permanently tormented by the basic human instinct of professional failure.  In this manner, Kim Jong-un is basically a mentally sick, lying, intriguing, twisted despot, who does not and will never comprehend his destructive idiocy.  Such a person is beyond any redemption.  In order to end the tragedy of North Korea and the Korean Peninsula, he must be eliminated.  The alternative is constant conflict and eventually a nuclear confrontation.