Freedom Centers Science and Public Policy Obama-Backed Solar Plant Could Be Shut Down For No ... 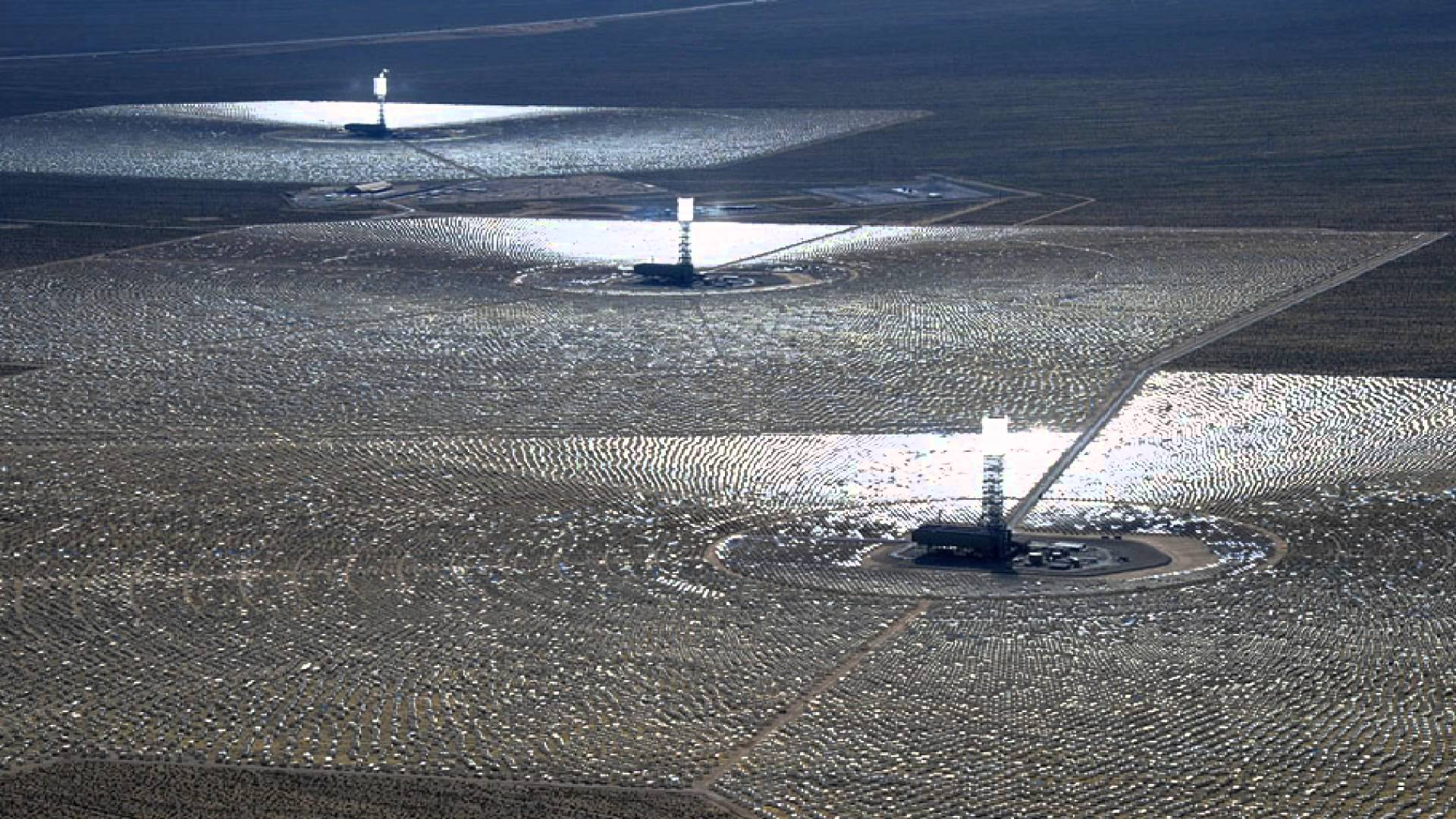 California regulators may force a massive solar thermal power plant in the Mojave Desert to shut down after years of under-producing electricity — not to mention the plant was blinding pilots flying over the area and incinerating birds.

The Ivanpah solar plant could be shut down if state regulators don’t give it more time to meet electricity production promises it made as part of its power purchase agreements with utilities, according to The Wall Street Journal.

Ivanpah, which got a $1.6 billion loan guarantee from the Obama administration, only produced a fraction of the power state regulators expected it would. The plant only generated 45 percent of expected power in 2014 and only 68 percent in 2015, according to government data.

And it does all this at a cost of $200 per megawatt hour — nearly six times the cost of electricity from natural gas-fired power plants. Interestingly enough, Ivanpah uses natural gas to supplement its solar production.

These disappointing results at high prices could be the solar plant’s undoing. California Energy Commission regulators hoped the plant would help the state get 33 percent of its electricity from green sources, but now the plant could be shut down for not meeting its production promises.

Ivanpah — which is owned by BrightSource Energy, NRG Energy and Google — uses more than 170,000 large mirrors, or heliostats, to reflect sunlight towards water boilers set atop 450-foot towers that create steam to turn giant turbines and generate electricity.

The plant was financed by $1.6 billion in loan guarantees from the Department of Energy in 2011. When the solar plant opened in 2014, it was hailed as a great achievement by Energy Secretary Ernest Moniz.

“This project speaks for itself,” Moniz said when the project went online in early 2014. “Just look at the 170,000 shining heliostat mirrors and the three towers that would dwarf the Statue of Liberty.”

“Ivanpah is the largest solar thermal energy facility in the world with 392 MW of capacity — meaning it can produce enough renewable electricity to power nearly 100,000 homes,” Moniz said.

Moniz’s optimism aside, the project faced huge problems from the beginning. NRG Energy asked the federal government for a $539 million federal grant to help pay off the $1.6 billion loan it got from the Energy Department.

NRG Energy said the plant had only produced about one-quarter of its expected output in the months after it opened. The company needed an infusion of cash to help keep the project afloat.

That was only the beginning of the company’s problems. Environmentalists quickly attacked the project for killing thousands of birds since it opened. Many birds were incinerated by the intense heat being reflected off Ivanpah’s heliostats.

The Associated Press cited statistics presented by environmentalists in 2014 that “about a thousand… to 28,000” birds are incinerated by Ivanpah’s heliostats every year.

“Forensic Lab staff observed a falcon or falcon-like bird with a plume of smoke arising from the tail as it passed through the flux field,” according to a U.S. Fish and Wildlife Service report from 2014.

“Immediately after encountering the flux, the bird exhibited a controlled loss of stability and altitude but was able to cross the perimeter fence before landing,” FWS reported.

Pilots have also reported seeing a “nearly blinding” glare emanating from Ivanpah while flying over the solar plant. The Sandia National Laboratory reported in 2014 Ivanpah was “sufficient to cause significant ocular impact (potential for after-image) up to a distance of ~6 miles.”

“At distances greater than ~6 miles (10 km), a low potential for after-image exists from the heliostat glare as a result of the reduced retinal irradiance and subtended angles,” Sandia reported. “It should be noted that two of the authors who were in the helicopter qualitatively confirmed these results after observing the glare. The pilot acknowledged that the glare was very bright, but he also stated that it did not impair his flying ability since he was aware of the glare and avoided looking in that direction when flying over [Ivanpah].”

Update: California regulators announced Thursday that Ivanpah would have until the end of July to produce more power or face shut down.