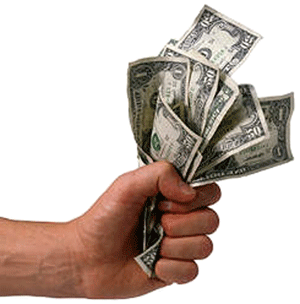 A Canadian woman admitted donating to the Obama reelection effort on the campaign website, Wynton Hall reported at Breitbart.com on Tuesday. According to Hall, comments on the blog entry had been deleted, but as of this writing the original post was still live, and can be seen here.

The incident comes on the heels of a report showing that the campaign has solicited donations from several foreign countries, including China and Vietnam.

“I had donated to the original campaign and will again,” the woman wrote. “I would also give my vote but alas I am a Canadian… but am a staunch supporter of the Obama-Biden Team.”

Observing that the donation violated federal election law, Hall said the campaign “has since deleted all comments on the thread, but not before Breitbart News screen captured them.” That screen capture can be seen here.

“In another entry,” Hall added, “a supporter comforts a noncitizen lamenting the fact they cannot vote or donate directly to Obama. In lieu of contributing to Obama, the consoler tells the foreigner, they should instead make a donation to the Democratic National Committee—an act that is illegal for noncitizens.”

According to Hall, comments on that blog entry were deleted as well.

Other foreigners wished they could donate to the campaign and vote for Obama, with one Norwegian saying that “millions” in Europe would love to see Obama reelected, calling it “the right thing for the world.”

“Are these postings the duplicitous work of Romney supporters pretending to be Obama backers? Or just the postings of misinformed Obama supporters unfamiliar with U.S. election laws?” he asked. “The anonymous nature of the Internet makes it hard to say for sure.”

GAI President Peter Schweizer told Breitbart News that was the point of their report.

“The world of online campaign contributions is still the Wild West. Federal Election Commission laws have not kept up with technology. All that’s needed is a simple pop-up for foreign website visitors that asks individuals abroad to enter their military ID or Passport number. It’s not a perfect solution, but it’s a start.”

The GAI report said that “approximately 68% of Internet traffic going to Obama.com comes from foreign locations,” according to data from Google Analytics.

Among those who received solicitation emails was an Egyptian blogger who wrote that while “Arabs and Muslims” support the “Democratic party, compared to the Republican Party,” they find his support for gay marriage “unacceptable,” calling it “immoral and disgusting.”

Mr. Schweizer told Breitbart that we now live in an “iPod World with jukebox campaign laws.”

“It’s up to our leaders in Washington to update campaign laws to the dangers that come with our pixelated political reality,” he added.

On Saturday, Breitbart reported that only two percent of the reported $181 million raised by the campaign in September met the $50 reporting threshold.

“A person could theoretically make 10 $49 donations and never be reported, even though their total contributions are above the FEC’s reporting threshold,” Mike Flynn wrote.

The question now is: How many small, unreported foreign donations has Obama received?

Joe Newby is a reporter for the DC Examiner.