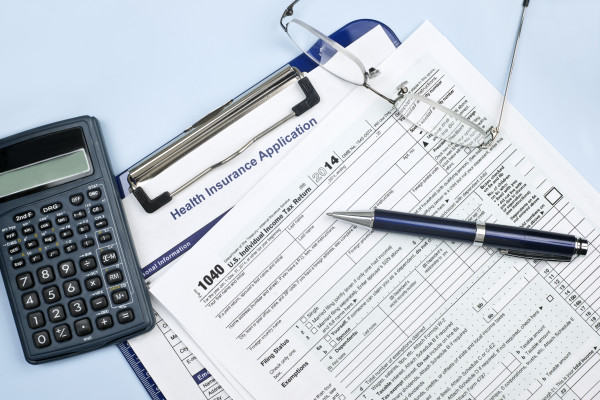 GOING JUST FINE: It was the first year in which purchasing health insurance was made mandatory under the ACA, with penalties of $95 or 1 percent of total income. The average penalty collected for the 2014 tax year was about $200, the IRS reported.

The IRS fined more than 7.5 million Americans who didn’t have health insurance in 2014, even as Obamacare subsidies flowed to people who didn’t even exist.

The Treasury Department reported last week the number of Americans who faced fines because of the Affordable Care Act’s individual mandate was significantly higher than the Obama administration expected. For 2014, the IRS projected that roughly 6 million would face fines, but the final total was 1.5 million higher.

It was the first year in which buying health insurance was made mandatory under the ACA, with penalties of $95 or 1 percent of total income – whichever was higher – for people who did not comply.

The average penalty collected for the 2014 tax year was about $200, the IRS reported.

“Although we have not yet completed our post-filing analysis, we are committed to conducting additional outreach to taxpayers, including letters to these specific taxpayers who did not have to report or make a payment. These letters will inform them about available exemptions and note that they may benefit from amending their return,” said IRS Commissioner John Koskinen.

Those penalties are supposed to force Americans to purchase health insurance — or to at least make it financially wise for them to do so.

To make it easier to buy health insurance, the ACA has a system of subsidies tied to the federal tax code. The IRS is responsible for handing out insurance subsidies to people who use the federal exchange — and will get to continue doing so after last month’s high-profile Supreme Court ruling — while other individuals’ subsidies flow through the state-level exchanges.

But an investigation by the Government Accountability Office recently revealed that fake applicants who enrolled in health insurance programs through the federal exchange were receiving subsidies. Those phony applicants had initially enrolled during 2014, but they were automatically re-enrolled and continued to benefit from tax subsidies in 2015, the GAO said.

The GAO was successful in 11 of 12 attempts to register fictitious people with the federal health insurance exchange. In seven of those cases, the fake applications were missing vital pieces of information, which should have raised red flags during the approval process.

The application process used by the Healthcare.Gov federal exchange is not set up to detect fraud, concluded Seto Bagdoyan, chief of GAO audits and investigations, who submitted testimony to the Senate Finance Committee earlier this month.

“(Center for Medicaid and Medicare Services) officials told us there have been no cases of fraudulent applications or documentation referred to the U.S. Department of Justice or the HHS Office of Inspector General, because its document-processing contractor has not identified any fraud cases to CMS,” Bagdoyan said. “However, as noted earlier, the contractor is not required to detect fraud, nor is it equipped to do so.”

“The administration has known about these problems for over a year now and has apparently not taken the necessary steps to rectify them,” Hatch said in a statement. “It seems obvious, at least to me, that the administration has been preoccupied with signing up as many applicants as possible, ignoring potential fraud and integrity issues along the way.”

Democrats on the committee downplayed concerns raised in the GAO report, since it only dealt with fictitious people and did not seem to hurt anyone’s access to the insurance exchanges.

“Let’s be perfectly clear about one thing: The report up for discussion today is not about any real-world fraud,” said U.S. Sen. Ron Wyden, D-Oregon.

Any real person who knowingly falsified information on a HealthCare.gov application could face the prospect of a $250,000 fine.

The penalties for simply refusing to buy insurance are not that steep — at least not yet.

But at least they are being paid by real Americans.