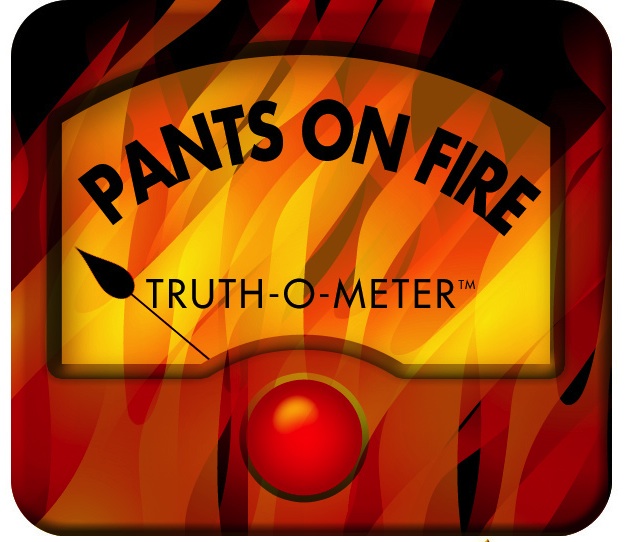 President Barack Obama falsely claims that the jobs created by the pipeline from Canada would be but a “blip relative to the need,” ignoring his own State Department and the unions that support him.

At the rate President Obama is going, he may claim that building the Keystone XL pipeline will actually cost jobs. In an interview with the New York Times last Saturday, he argued that the best estimate is 2,000 initial construction jobs followed by no more than an additional 100 jobs, a mere “blip.”

The newspaper’s transcript of the interview showed Obama chuckling dismissively as he made his point.

Then on Tuesday, in a jobs speech in Chattanooga, the president ratcheted that number downward. “They keep on talking about this — an oil pipeline coming down from Canada that’s estimated to create about 50 permanent jobs. That’s not a jobs plan.”

No, Mr. President, it’s part of a plan to boost an economy that will create private-sector jobs, as your own State Department has told you.

After five years of review and many studies, the State Department found that “including direct, indirect and induced effects, the proposed (Keystone) project would potentially support approximately 42,100 average annual jobs across the United States over a one- to two-year construction period.”

Granted, these are not permanent jobs. But the number is a lot bigger than the 2,000 Obama claimed on Saturday.

The southern leg of the project, from Cushing, Okla., to the Gulf of Mexico, which didn’t need the president’s or the State Department’s approval, has already created 4,000 jobs as workers lay and align the 425-mile stretch of pipeline, according to an Associated Press report.

Yes, these too are temporary jobs, but there will be more permanent positions as well. The Canadian Energy Research Institute predicts that Keystone XL will create 117,000 new U.S. jobs over the next 15 years due to oil sands development linked to the project. Hardly a “blip.”

It’s not unreasonable to conclude that with extensive North American resources being transported, developed and refined, thousands of jobs, not only in the industries directly related but in the industries that feed, clothe and support all these new workers and a growing economy, will be created.

How many exactly, we don’t know, but the number is higher than 50 and certainly larger than the permanent jobs created at solar panel maker Solyndra, which was zero.

Where did the president’s pitiful estimates of 50 come from? In citing that number, he was likely referring to a State Department finding that — after the pipeline is built — it would take roughly 50 people to maintain it.

The figure ignores the 42,100 construction jobs over a two-year period or the hundreds of thousands created through oil sands development and what economists call the “ripple effect.”

As Sean McGarvey, president of the Building and Construction Trades Department at AFL-CIO, said at a pro-Keystone rally just down from the White House on April 24:

Keystone is about jobs, Mr. President — lots of them.

This article was published by the Investors Business Daily.