On China Trade, Trump Should Copy Reagan: ‘Trust But Verify’ 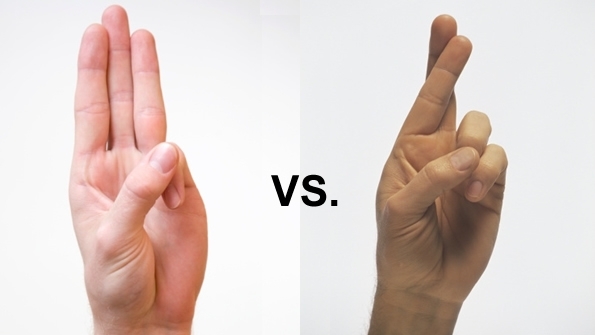 A week and half after President Trump and Chinese President Xi Jinping met to smooth over trade disputes, China announced it will buy more foreign goods , including U.S. soybeans. At the same time, it vowed to completely retool its “Made In China 2025” program, intended to make China the world’s most powerful economy. Nice gestures, but whether China follows through is a big question.

Reuters reports that Chinese state-owned firms snapped up more than half a million tons of U.S. soybeans on Wednesday to show they mean business. But the Made In China 2025 reversal, if sincere, is even more significant. It would mark a major shift in China’s guiding economic philosophy, a strange melding of top-down communist political control with free-market tenets.

“The revised plan would play down China’s bid to dominate manufacturing and be more open to participation by foreign companies,” The Wall Street Journal reported, citing “people briefed on the matter” as the source.

Fair enough. Much rides on China’s supposed change of heart about world economic dominance. But at least one thing was clearly demonstrated: When President Trump imposed tariffs on $200 billion in Chinese goods back in September, and threatened to impose tariffs on hundreds of billions more early in 2019, he gained credibility with China’s Xi.

The truth is, China has been using its trade surplus with the U.S., which hit $375 billion in 2017, to finance a massive military buildup, one that has destabilized must of East Asia. Trump’s economic policies, which have not included appeasing and accommodating China, unless it’s in the interest of the U.S., has not helped China.

How do we know? In a word, markets.

China has massive debts, far in excess of those in the U.S. Yes, it has huge trade surpluses, which it uses to its advantage. But China’s once extraordinary economic growth of 10% or more — by official measures — has now shriveled to 6% or less. And many economists believe the official growth data are a lie — the real growth is two-thirds to one-half that level.

In a review of China’s GDP data in 2015, Bloomberg concluded that China’s GDP growth was “a couple of percentage points” below what was reported. Others have come to the same conclusion, including the U.S. Conference Board and economist Diana Choyleva.

Yes, China’s expansion since Deng Xiaopeng’s 1979 market-based reforms is real. It’s an achievement entirely due to embracing freer domestic markets in China. But much of its growth, a result of government created debt and the building of “ghost cities” around the country, is bogus.

Now, China’s trade-driven economy faces a reckoning, particularly after Trump hit it with tariffs. It can’t service its internal debts, and many of its state-owned enterprises lose money. So while it shows a prosperous face to the outside world, it’s hurting on the inside.

China’s GDP data, as Xi’s No. 2 in the communist party, Li Keqiang, has admitted, is “man made” and “unreliable.”

Meanwhile China has a long history of stealing U.S. trade secrets and cyber-hacking our computer networks. Those who think Trump is wrong to call them to account for all this are either uninformed or disingenuous.

President Reagan faced the same dilemma when dealing with the Soviets. Economists at the time, and both the CIA and the State Department, assured Americans that the USSR was leapfrogging the U.S. economically. Even Nobel Prize winner Paul Samuelson said so.

Fact is, the USSR was weighted down by the contradictions of communism. Today, China has been much smarter about harnessing markets to fuel growth, but it is still not as free, innovative and economically strong as the U.S. And, ominously, its regime is oppressive and increasingly totalitarian.

As for claims that it will surpass the U.S., it won’t happen, at least on a per-capita basis. China’s population is set to begin declining in a little over a decade and, like once invincible Japan, will soon start seeing even its rigged GDP numbers fall sharply.

On China, ‘Trust But Verify’

Reagan had to face off with the Russians over nuclear weapons. In the end, Reagan quoted an old Russian proverb to sum up his position in talks: “Trust, but verify.” By insisting on verifiable deals, not relinquishing his principles, and continuing the U.S. military buildup, he broke the USSR.

In the coming months, as U.S.-China trade talks reach a crescendo, President Trump will have to assess just how serious China is about playing by the rules. It won’t be easy. He also has to judge what his tariffs are doing to the U.S. economy, while also guessing whether Xi and China are serious about improving trade ties.

Trump should take a page out of Reagan’s book. When it comes to dealing with the other monolithic communist regime, China, Trump should encourage any changes by China that move it away from using economic and trade policy as a weapon against the West. But as he does, he should trust, but verify.