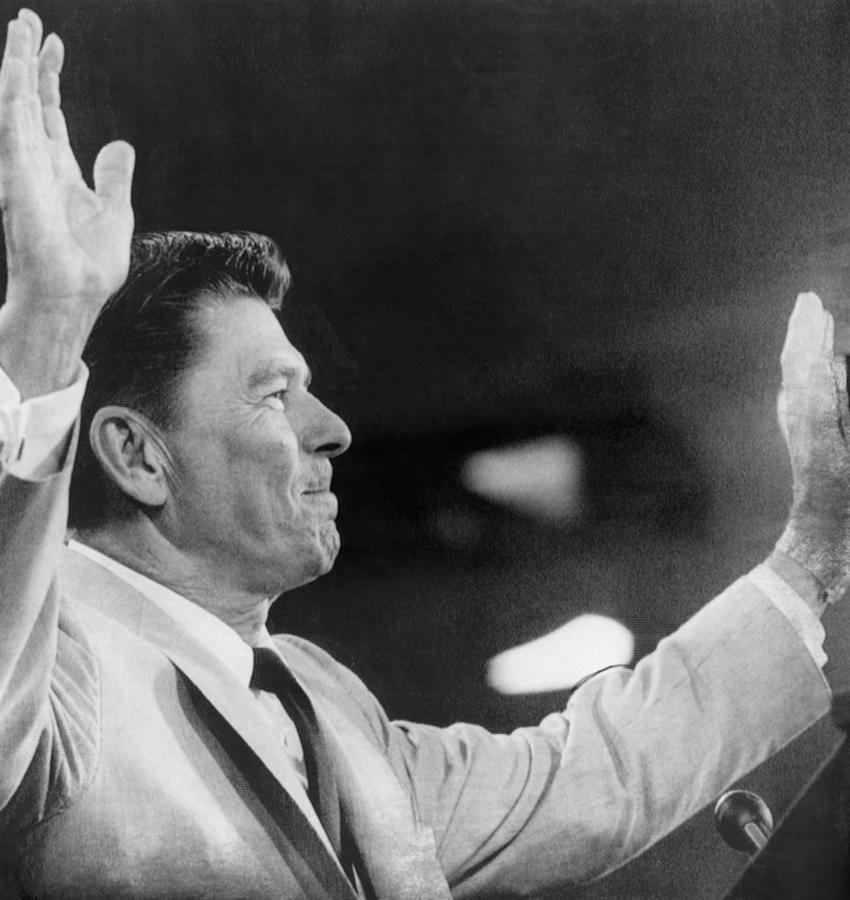 Now that his summit with North Korean dictator Kim Jong Un is back on for June 12 in Singapore, President Trump will benefit from some important lessons he appears to have learned by studying the success of President Reagan in dealing with the Soviet Union’s final leader, Mikhail Gorbachev.

This should give all Americans comfort.

Few predicted Ronald Reagan would win the Cold War without firing a shot. In the same way, few imagined that Donald Trump – who, like Reagan, entered the White House with little foreign affairs experience – would bring North Korea to the negotiating table to discuss the elimination of its nuclear arsenal and future nuclear capabilities.

We know President Reagan succeeded. We hope President Trump will as well.

As he prepares for his summit with Kim Jong Un, President Trump should heed the Russian proverb that President Reagan embraced in his nuclear disarmament negotiations with Gorbachev: “Doveryai, no proveryai,” which means “trust, but verify.”

Just as promises made by the Soviet leader were meaningless without verification, the same is true with North Korea. Kim Jong Un, along with his father and grandfather who ruled North Korea before him, has a long record of broken promises.

President Trump knows from his extensive career in business that without binding agreements, clear penalties for violations and established methods for verification, the words of the North Korean leader are worthless.

President Trump is also wisely continuing President Reagan’s belief in “peace through strength” – both in military capability and in economic capacity. President Trump knows the sanctions have been working to apply pressure to a fragile and failing North Korean economy, which puts him in a position of strength at the negotiating table.

In fact, the seal of the president of the United States has an eagle in the center clutching the olive branch of peace in one talon – and the arrows of war in the other. President Reagan in the 1980s and President Trump now extends an olive branch of peace first, with the hope that the arrows of war will not be needed. Yet both presidents have been unafraid to make their counterparts aware that America has the capacity, and the will, to defend itself if provoked.

At the Reykjavick, Iceland summit on nuclear disarmament, President Reagan eventually walked away from the negotiating table because Gorbachev wanted America to put an end to its Strategic Defense Initiative (SDI) – the missile defense program some dubbed as “Star Wars.”

Stating that SDI was non-negotiable for the U.S., President Reagan refused further discussion and got up and walked out. While the summit was deemed a failure by many in the media because no agreement was reached on that day, President Reagan’s strong stance moved talks forward to a point where they could be resumed a short time later.

The groundwork was laid at the summit for much of the Intermediate-Range Nuclear Forces (INF) Treaty signed in 1987 by Reagan and Gorbachev, eliminating an entire class of nuclear weapons.

President Reagan was committed to putting America’s interests first and would rather have no deal than a bad deal that weakened the United States. With his America First foreign policy, President Trump clearly is taking a similar position.

President Reagan knew the importance and effectiveness of face-to-face diplomacy and believed there was nothing that couldn’t be resolved if two leaders sat down across the table from each other to discuss their differences, as well as their shared goals. President Trump is committed to having a face-to-face conversation with Kim Jong Un, which will be a diplomatic milestone with global importance.

History is judging Ronald Reagan as one of our greatest presidents, while Donald Trump is still writing the record of his presidency by which history will ultimately judge him. But by looking to the diplomatic and negotiating success of President Reagan and following in his footsteps, President Trump has wisely chosen an outstanding leader to emulate.