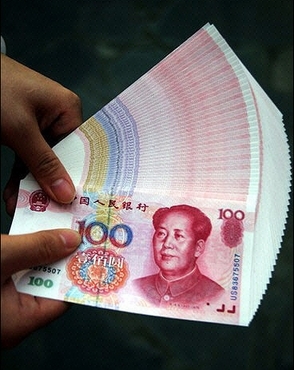 A Chinese company, Ant Financial, largely owned by the government of China, is intent on taking over MoneyGram, a leading US-based financial payments company. This planned acquisition raises serious questions as to whether ownership of MoneyGram would be part of China’s strategic plan to obtain sensitive personal and financial information of Americans and westerners worldwide as well as to undermine American economic strength. This acquisition should be stopped for that reason.

The Committee on Foreign Investment in the United States (CFIUS) exists to review the national security implications of foreign investments in US companies. CFIUS is comprised of representatives from a number of US agencies or departments — including the Departments of Defense, Homeland Security, State and Commerce. CFIUS can block foreign sales and investments that would result in a foreign power acquiring assets and intellectual property that would harm America’s national security.

There are a number of important national security and strategic reasons that CFIUS should reject Ant Financial’s proposed takeover of MoneyGram.

First, if the takeover is approved, China’s Marxist leadership will effectively be buying the sensitive financial data of millions of Americans who have used MoneyGram and who may use MoneyGram in the future. We should not forget that in 2015, the Chinese hacked into and breached of the Office of Personnel Management and gained access to private employee data for millions of federal employees. Nor should we forget that in 2016 the Chinese hacked the Federal Deposit Insurance Corporation.

These illegal activities are sadly consistent with China’s disdain for personal privacy, contempt for the rule of law, and its encouragement of theft of American intellectual property and sensitive personal information. The full impact and repercussions of China’s hacking of Americans’ private information may not be understood for years, but it is clear that China has a plan to acquire – legally or illegally – as much private data as it can.

Second, China has an audaciously horrible record on property rights, the rule of law, consumer protection, cybersecurity, currency manipulation and stopping money laundering. That is not by accident or because of incompetence. It is the official, but unspoken state policy of China’s government to use legal and illegal commercial activity to support the marxist military objectives of China’s totalitarian regime.

American intelligence officials estimate that by hacking alone, China steals more than $350 billion each year from American companies. That is three times the value of all US exports to China. But China’s theft of intellectual property and trade secrets doesn’t stop with hacking. They hire corporate spies to steal billions more every year. It is big business in China to make cheap, counterfeit goods – making money off the good reputation of others. But it gets worse. Just look at China’s newest stealth fighter. You’d think you’re looking at a photo of American planes. There is a reason for that. They stole the plans.

Ostensibly, Ant Financial is interested in MoneyGram’s business model, but at what cost – aiding China into accessing the private information of millions of Americans and controlling more western banking and financial assets? That is a dangerous bargain.

Third, Chinese-ownership of MoneyGram could significantly impede US anti-terrorism and law enforcement capabilities, while increasing China’s ability to engage in malicious cyberattacks and illicit money laundering. One of America’s most effective tools in combating terrorism, is law enforcement agencies like the FBI shutting down money laundering operations that so often provided the funding for terrorist organizations.

If this ‘acquisition’ goes through, China’s military could undermine our international anti-terrorism and law enforcement capabilities simply by creating a non-compliant financial alternative for those who seek to move funds financially without accountability. This would dramatically undermine American economic strength and threaten American interests. It’s not surprising, that is simply how the Chinese government operates. We should not be cooperating in their attempts to weaken us.

Fourth, China seeks to use our open society and free market economy against us while they close off their markets to the US. The communist Chinese government is not a good faith economic partner — rather in many ways it plans, coordinates and finances foreign acquisitions primarily to either undermine the national security, economic and financial stability of nations or to give itself an advantage.

And since Ant Financial is largely owned by the government of China, there is likely not much of a dividing line between China’s military objectives and the economic objectives of companies that they own. Even as official relations between China and the US have improved, the Marxist leaders in the military continue to use every means at their disposal to undermine American national security and threaten our economic security.

CFIUS has the authority to review the proposed takeover and to prevent it from happening. Given the impact on national security, consumer privacy, law enforcement, and cybersecurity, the takeover should be stopped. It should not pass go.

The risks are too large and too serious to allow a state-backed Chinese company to purchase and own such a significant player in the US financial system. There can be little doubt that if China is allowed to dominate the global payments market, it will use the information, technology, intelligence and economic power it obtains to the detriment of America’s economic and national security.