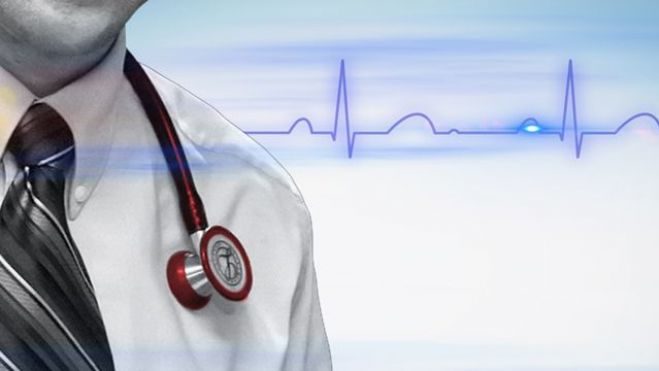 We have been witnessing unprecedented innovations in medical treatments. In the coming years new drug therapies promise to provide solutions for some of the most pressing diseases — diabetes, cancer, heart disease, strokes, Alzheimer’s, retinal diseases — to name only a few. But if People for the “Ethical” Treatment of Animals (PETA) gets their way, most of the research that feeds the amazing future cures that we read about will be shut down or severely curtailed.

For the past few years PETA has undertaken a pressure campaign designed to intimidate airlines from transporting medical research animals. Even though it is illegal for the airlines to refuse to perform service, the campaign is proving successful in certain cases and a widespread adoption of this policy would likely stymie medical innovation.

PETA opposes all forms of animal testing despite the fact that the National Institutes of Health views such research as required by ethics and essential to finding cures. Scientists and researchers do as much research as possible with computer modeling and peer reviewed science, but at some point they must test the most promising medicines on living organisms. For example, pigs were used to develop both the ability to transplant a heart and the drugs that stop the body from rejecting the new heart. It was done ethically, with rigorous standards and oversight, and with anesthetics so as to eliminate pain for the animals involved. But PETA ignores all of this and labels these critical experiments the same as torture.

There are places were there is no animal testing. For example, in China, they test procedures and new products on humans who are prisoners of the state. So effectively, humans become the lab rats. That isn’t an improvement in ethics.

PETA’s real agenda is profoundly anti-human. PETA president and co-founder, Ingrid Newkirk admitted as much stating that:  “Even if animal research resulted in a cure for AIDS [or cancer or other horrible diseases], we’d be against it.”

When Hamas terrorists used flaming falcons and exploding donkeys to kill Israeli civilians, PETA under political pressure denounced Hamas — but only for harming and killing the animals — not for endangering or harming the school children in the way of these living weapons. This lack of concern for people is truly disturbing.

PETA’s supporters have filed comments with the Department of Transportation hoping to shut down any medical research with animals. One comment simply said: “Stop experimenting on animals. Experiment on your children and mothers instead.” Then with absolutely no sense of irony, this commenter also accused those who reject the idea of using children and mothers in medical research of being “a bunch of barbarians.” Let that sink in.

But PETA’s track record on animals isn’t so great either. For example, in Virginia, PETA activists were charged for criminal animal abuse.  Then there is the PETA animal shelter kill rate from 2007-2017 — a full decade — which averaged 95.3 percent. Simply stated animals that were intended for adoptions were abused and then killed in 95% of the cases by an organization supposedly promoting the ethical treatment of animals. A PETA spokesperson quipped, “there are fates worse than euthanasia.”

The ends to which this organization will go to supposedly defend the interests of animals knows no bounds. PETA led the move to change the packaging of animal crackers that used to show cartoon circus animals in carton railcar cages. Thanks to PETA, the carton animals now roam free on the African Savannah. I’m sure we can all feel better than cartoon lions and elephants now roam a cartoon grassland.

Sadly, as silly as that effort was, far more serious is the mounting public relations campaign PETA is waging to pressure airlines to refuse to transport animals (below deck in climate controlled areas of the plane) that will be used in medical research. To date, United Airlines has caved to PETA’s pressure campaign. What’s so strange is that United’s CEO, Carlos Munoz, is alive today because he had a heart transplant that was made possible because of medical animal research.

Here’s some context — airlines often allow passengers to bring comfort pets to travel by their side — dogs, cats, rabbits, pigs, peacocks, ducks, roosters, turkeys, and even kangaroos and miniature horses. This inconveniences other passengers and in some cases causes severe health problems for other passengers. On the other hand airlines are caving to PETA’s pressure campaign and refusing to transport animals used in ethical, humane & government mandated testing of new cures. These animals will not inconvenience or endanger any passengers. But this is the weird world you get when the lunatics run the asylum.

Airlines win kudos for donating flights to children in need of cancer treatment at specialized medical centers far from their home. At the same time, some airlines refuse to transport research animals and make it more difficult to develop the very cures and medicines needed to cure these sick children.

It is illegal for the airlines to discriminate against transportation of animals for research purposes. Public carriers have long been prohibited from discriminating when it comes to transportation. Non-discrimination laws for airlines do not simply prevent racial discrimination. The law also prevents an airline from transporting animals for zoos, or vacationing passengers, or as comfort animals, and then refusing to transport similar animals to be used in lawful and ethical medical research.

The law is clear — if the airline is willing to ship one woman’s dog or cat, it must also ship other similar animals being transported even if for different purposes — including medical research. Airlines have no real basis for objecting because they are paid to transport them, and these animals actually have no impact on their passengers as they would be shipped below the passenger compartment.

But because they are fearful of the bad press of PETA’s false claims of animal torture, Airlines give in. We all love pets and animals. But who wants to be slimmed by PETA as the equivalent of a war criminal for trying develop heart translate procedures and medicines or for curing cancer?

We need the Department of Transportation to enforce the law. We wouldn’t tolerate an airline discriminating against a racial or ethnic group and we shouldn’t tolerate this form of discrimination either. The lives of countless millions depend on the cures and medicines that are being developed in careful, thoughtful and ethical ways.