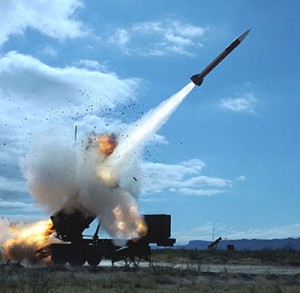 The President’s defense budget has been submitted to Congress and at $585 billion is getting a lot of attention.

One area of controversy is the nuclear modernization accounts which will receive at least an additional $1.2 billion in funding, from a $23.5 billion level for the current fiscal year. They account for 4% of the defense accounts and 0.6% of the Federal budget.

Included is more modernization funding for warhead activities, the Ohio class submarine replacement program, a new long range bomber and a follow-on air launched cruise missiles, as well as the land based Minuteman missiles or ground based strategic deterrent.

In reaction there have been proposals from advocates of zero nuclear weapons to cut upwards of $75 billion from the nuclear deterrent accounts over the next decade including: (1) the elimination of four of the Ohio class submarines from the planned procurement of twelve while both retiring four of the current submarines early and delaying by four years the procurement of the first replacement submarine; (2) a delay in the procurement of a new strategic bomber; (3) the cancellation of the associated air launched cruise missile; and (4) a low level sustainment rather than modernization of our ICBM Minuteman missile force.

Are these proposed reductions workable and would they contribute to improving and enhancing our strategic deterrent, especially in terms of questions of stability and the future adequacy of our deterrent?

And conversely, do the enhanced funding requests from the administration for the nuclear deterrent make sense? Let’s examine the first part of the equation.

Reducing the fleet of strategic nuclear armed submarines to 8 from the planned 12 submarines means over the next few decades as few as 6 submarines would be available at any one time. This would seriously degrade the US nuclear deterrent capabilities. As few as 2 submarines might be on patrol at any one time. This would dramatically reduce the ability of the US to hold at risk the necessary adversary targets to fulfill our deterrent requirements. It would also require operation of the sub fleet at a much higher tempo, thus both increasing their potential vulnerability and hiking their costs of operation.

Some have suggested putting all currently planned (roughly SLBM 1000 warheads) for the 12 submarines on just 8 submarines to make up for the loss of 4 submarines not being acquired.

This doesn’t work either. With only 2 submarines at sea on a day-to-day basis, they cannot operate and cover the same targets as 4-5 submarines on patrol which we have today no matter how heavily uploaded are their missiles with extra warheads. Using reasonable operational assumptions, the end result would be that upwards of two-thirds of the adversary targets we now hold at risk would suddenly be in a sanctuary from which they could be used to attack the US and our allies.

This undermines our nuclear deterrent requirements. And to the extent that our allies will know this, the pressures for them to deploy their own nuclear weapons is heightened.

Some critics of the Navy budget proposals appear not to understand what the basis is of the Navy requirement for 12 submarines. Some have suggested that the strategy is one in which we would launch our submarine missiles quickly in a crisis–what some refer to as “prompt launch”.

This idea apparently stems from confusing a capability—much of our nuclear forces can be launched quickly in a crisis if sufficiently placed on heightened alert from their day to day status. But that is not our strategy.

Submarines on patrol are deployed precisely so they DO NOT have to be launched promptly as there is no current danger that they could be found and destroyed prior to launch even should a U.S. retaliatory launch be ordered by the President considerably after an adversaries first strike against the United States or its allies.

The entire US nuclear deterrent strategy for many decades has been to have a secure second-strike retaliatory capability, especially in the submarine fleet. This eliminates any need to launch any of our nuclear weapons quickly in a crisis.

That was precisely the aim of nuclear modernization and simultaneous arms control proposals under previous administrations and which is a stated goal in the 2010 Nuclear Posture Review.

Our strategic posture as such aims to lessen the temptation or incentives to have to launch our nuclear weapons quickly in a crisis. Or to make out nuclear assets attractive targets which would tempt an adversary to strike us first. The 2010 START and 2002 Moscow strategic arms control treaties, especially the downloading of our land based missiles each to one warhead has helped considerably to move us toward that goal.

Thus the synergy between all three legs of the Triad thus makes it impossible for any adversary to strike all three legs simultaneously and thus the compulsion of an enemy to strike first in a crisis is virtually eliminated.

In fact, given the security of the submarines on patrol, they cannot now be targeted and as such are available whenever the President needs them.

By not having to use such weapons early in a crisis, strategic stability is maintained and the chances that nuclear weapons would be used against the United States are significantly lessened.

No adversary can thus strike the US with nuclear weapons without being assured of being on the receiving end of a potentially massive retaliatory strike that would eliminate that nation’s ability to fight.

In short, our strategic nuclear submarines are at sea for precisely so they do not have to be launched promptly as there is no current or near term prospect that they can be targeted while at sea.

Thus recent criticisms of the US nuclear deterrent plans as an explicit plan to “fight and win” a nuclear war (The Nation, December 29, 2014) are simply preposterous.

What about the proposal to delay the acquisition of a new strategic bomber? Some have suggested we do not need a new nuclear bomber but should spend the resources strengthening our conventional deterrent.

And the nuclear related costs are a small 1.5% of the total cost or under $1 billion for the new bomber force, hardly cause for alarm that the nuclear accounts are robbing the conventional defense accounts of much needed resources.

What about the idea of eliminating the new air launched cruise missile? That makes no sense either. Adding a cruise missile capability is needed to deal with enemy air defenses of increasing capability for both conventional and nuclear requirements.

Vietnam’s air defenses shot down over 1700 US tactical airplanes and 17 B-52s and that was over 40 years ago. We only have 20 B2 bombers that have both a needed penetrating capability today and a modern, effective ISR (Intelligence, Surveillance and Reconnaissance) capability.

Given these limits, carrying out a conventional campaign such as Desert Storm that required hitting over 30000 aim-points, cannot be done in the future with the airplane fleet of today or an upgrade only of the current force.

As for the Minuteman land based missiles, the USAF is moving in the right direction. First, a recent Rand study recommended a modernized force and supported an option that turned out to be what the recent USAF analysis of alternatives (AOA) also concluded was the correct path forward for ICBMS.

Second, while it is true that Minutemen can be sustained for the immediate future, the technology needs to be upgraded and the ground based support equipment is approaching a lifetime of 50 years.

Third, the future force will not be mobile—as some seem to believe– as the recommended modernized force will remain in fixed ICBM silos as they are today and at a very significant lower cost.

And fourth, the costs of a modernized Minuteman force as recommended by the USAF AOA is roughly $42 billion over 20 years or about $2.2 billion a year compared to $1.5 billion we are spending today and is consistent with both a recent Rand study as well as a 2010 Air Force Association/Mitchell Institute assessment.

Thus, the notion that a future ICBM force will cost $200 billion as some analysts have concluded is not consistent with what the USAF has chosen and is off by a factor of 700%.

Critics have not only called for the elimination of key elements of our nuclear deterrent, they have also argued the current New Start treaty deployed warhead levels are in excess of what is needed.

Could the United States deploy fewer than the 1550-1800 strategic warheads we have today? Certainly but such a move would make no sense if deterrence could not also be maintained. Our deterrent requires a balance with potential adversaries and a force which is “second to none” as underscored by a 2014 essay by Dr. Henry Kissinger and General Brent Scowcroft, both former Presidential national security advisers.

In addition, Russia has shown no interest in reducing its strategic forces, especially as it fully modernizes its strategic forces at a rate not even seen during the height of the Cold War. And China rejects outright any “arms control” restrictions on its nuclear forces even as it keeps their capability and numbers secret.

No unilateral U.S. reduction—as an alternative—would be approved or supported by Congress or by the US military responsible for our nuclear deterrent. It is true—as some have asserted—that the President can quickly change the nuclear deterrent requirements of the United States. But to do so responsibly requires a careful balancing of the current international environment, least of all both the nuclear arsenals of our adversaries and their stated nuclear policy.

Furthermore given China’s growing nuclear arsenal and its plans for global hegemony [backed up by nuclear weapons and other asymmetric military capabilities] as just revealed in a new book by Mike Pillsbury, (“The Hundred Year Marathon”) a smaller US deployed force than what we have today could easily be outnumbered by the Russian and Chinese strategic weapons combined by up to 3 to 1 or more.

What about the charge that the nuclear modernization effort is unaffordable?

It is true as some critics of defense spending have noted that a recent congressionally mandated commission report advised that future military modernization is at risk because of current defense spending budget caps.

And the Commission did warn that some projected spending if carried out will cause other military priorities to be left unaddressed if the caps are not changed.

But the Commission explained the remedy was to eliminate the budget caps and not it warned to meet lower and arbitrary defense spending budget ceilings by undermining our nuclear deterrent and cutting critically important nuclear and conventional modernization programs.

After all, the very nuclear deterrent the USA is seeking to modernize and thus keep effective has prevented nuclear weapons from having been used, especially by the two largest nuclear armed adversaries, for some 70 years since the end of World War II.

This deterrent record which has kept the peace between nuclear powers for those 70 years has been perfect 100% of the time. That is an extraordinary record of achievement.

Because that deterrent even at a small current cost of 4% of the defense budget and .6% of the current federal budget has indeed kept our allies and us free because it has been effective, credible and stabilizing.

Well, as we have noted, the deterrent is a Triad of complimentary forces, each with unique characteristics that provide a stability and credibility that cannot be matched by any one leg of the Triad by itself.

Over time, and significantly during both the Kennedy and Reagan administration, we modernized that deterrent to keep the deterrent viable, a task that again is at hand.

As such that deterrent helped win the Cold War and defeat communist totalitarianism.

And keep free and liberate a combined many billions of people.

Thousands of brave men and women operate, maintain and modernize our nuclear deterrent 24 hours a day, seven days a week, 52 weeks a year and every year for the past 7 decades.

It is time we also had their backs.

Cutting the very backbone of our nuclear security is not the way forward to a safer world or safer America.

It is time to both support the troops and the nuclear deterrent mission.