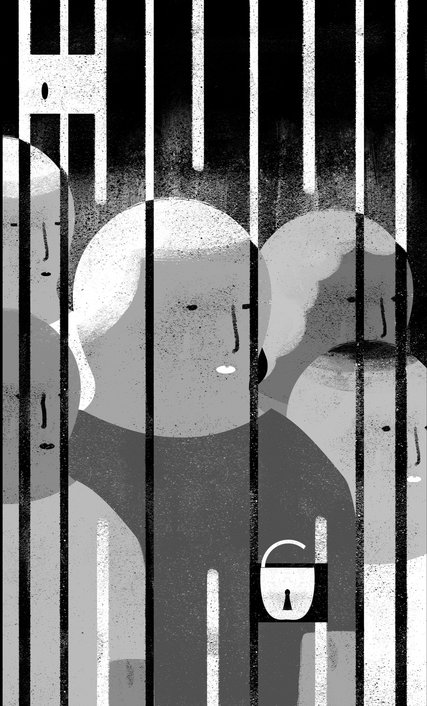 Last month, President Obama used his clemency power to reduce the sentences of 46 federal prisoners locked up on drug-related charges. But for the last six years, his administration has worked repeatedly behind the scenes to ensure that tens of thousands of poor people — disproportionately minorities — languish in federal prison on sentences declared by the courts, and even the president himself, to be illegal and unjustifiable.

The case of Ezell Gilbert is emblematic of this injustice. In March 1997, he was sentenced to 24 years and four months in federal prison for possession with the intent to distribute more than 50 grams of crack cocaine. Because of mandatory sentencing laws, Mr. Gilbert was automatically sentenced to a quarter-century in prison, though even the judge who sentenced him admitted that this was too harsh.

At his sentencing, Mr. Gilbert noted a legal error that improperly increased his sentence by approximately a decade based on a misclassification of one of his prior offenses. In 1999, without a lawyer, he filed a petition seeking his release. A court ruled against him.

Nearly 10 years later, the Supreme Court issued a ruling in another prisoner’s case, confirming that Mr. Gilbert had been right. A public defender helped him file a new petition for immediate release in light of this new decision.

Mr. Obama’s Justice Department, however, convinced a Florida federal judge that even if Mr. Gilbert’s sentence was illegal, he had to remain in prison because prisoners should not be able to petition more than once for release. The “finality” of criminal cases was too important, the department argued, to allow prisoners more than one petition, even if a previous one was wrongly denied.

A federal appellate court disagreed, and in June 2010, three judges set Mr. Gilbert free. The judges rejected the administration’s argument as a departure from basic fairness and explained that it simply could not be the law in America that a person had to serve a prison sentence that everyone admitted was illegal. Mr. Gilbert returned home and stayed out of trouble.

Here’s where it gets interesting. There are many people like Mr. Gilbert in America’s federal prisons — people whose sentences are now obviously illegal. Instead of rushing to ensure that all those thousands of men and women illegally imprisoned at taxpayer expense were set free, the Justice Department said that it did not want a rule that allowed other prisoners like Mr. Gilbert to retroactively challenge their now illegal sentences. If the “floodgates” were opened, too many others — mostly poor, mostly black — would have to be released. The Obama administration’s fear of the political ramifications of thousands of poor minority prisoners being released at once around the country, what Justice William J. Brennan Jr. once called “a fear of too much justice,” is the real justification.

In May 2011, the same court, led by a different group of judges, sided with the original judge, saying that the “finality” of sentences was too important a principle to allow prisoners to be released on a second rather than first petition, even if the prison sentence was illegal. A contrary rule would force the courts to hear the complaints of too many other prisoners. Mr. Gilbert was rearrested and sent back to prison to serve out his illegal sentence.

Judge James Hill, then an 87-year-old senior judge on the appellate court in Atlanta, wrote a passionate dissent. Judge Hill, a conservative who served in World War II and was appointed by Richard M. Nixon, called the decision “shocking” and declared that a “judicial system that values finality over justice is morally bankrupt.” Judge Hill wrote that the result was “urged by a department of the United States that calls itself, without a trace of irony, the Department of Justice.”

WR 2 days ago
There is only one person responsible for this, King Obama. Once the morally bankrupt King leaves, maybe then Justice can be served.
DG 2 days ago
So much for the Constitutional Law professor as President.
Scarlet 2 days ago
Just as Big Pharma, Big Oil, and the NRA have silenced politicians with their bribes, so has the private prison industry. Follow the money….
SEE ALL COMMENTS
Judge Hill concluded: “The government hints that there are many others in Gilbert’s position — sitting in prison serving sentences that were illegally imposed. We used to call such systems ‘gulags.’ Now, apparently, we call them the United States.”

Two years later, the Justice Department used a similar tactic to overturn an entirely different federal appellate court decision that could have freed thousands of prisoners convicted of nonviolent crack cocaine offenses — again, mostly impoverished and mostly black — on the grounds that their sentences were discriminatory and unjustifiable. The administration again did its work without fanfare in esoteric legal briefs, even as the president publicly called the crack-cocaine sentencing system “unfair.”

In 2013, several years after sending him back to prison, Mr. Obama granted Mr. Gilbert clemency, and the president has recently won praise for doing the same for several dozen other prisoners of the war on drugs. Mr. Obama even visited a federal prison last month, staring into the cells — emptied for his visit — of some of the men whom his own administration has needlessly kept there.

But Mr. Obama must take steps to further undo the damage that he has done. He should use his clemency power to release all those currently held in a federal prison on an illegal sentence. And he should appoint a permanent special counsel whose job would be to review new laws and federal court cases on a continuing basis to identify and release other prisoners whose sentences retroactively become clearly unlawful. That the Department of Justice and Bureau of Prisons have never created such a position is an outrage. If we fail to demand change now, this moment for justice may be lost.

Alec Karakatsanis is a civil rights lawyer and co-founder of Equal Justice Under Law, which litigates on behalf of indigent clients.