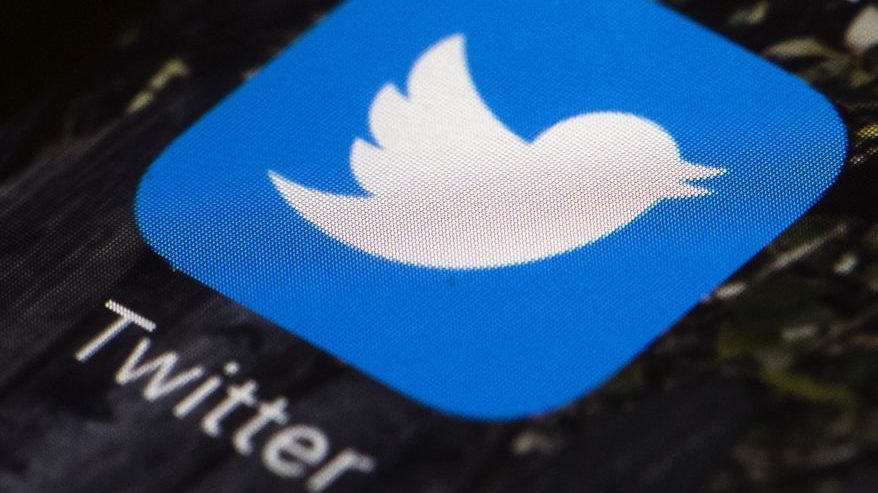 Photo by: Matt Rourke
FILE – This April 26, 2017, file photo shows the Twitter app icon on a mobile phone in Philadelphia. Twenty-six words tucked into a 1996 law overhauling telecommunications have allowed companies like Facebook, Twitter and Google to grow into the giants they are today. Those are the words President Donald Trump challenged in an executive order Thursday, May 28, 2020 one that would strip those protections if those companies engaged in editorial decisions like, for instance, adding a fact-check warning to one of Trump’s tweets. (AP Photo/Matt Rourke, File)

On Thursday, President Trump issued an executive order calling for new regulations under Section 230 of the 1996 Communications Decency Act that, he says, will prevent Big-Tech platforms from continuing what many believe is a pattern of discrimination against conservatives.

We’re not sure that’s the case — just as we’re not sure that much, even all of it will survive the inevitable challenges it will face in the courts. What we do know is that his effort to change the interpretation of Section 230 of the 1996 Communications Decency Act, just like his call for reform of libel laws during the 2016 campaign, should spark a national conversation about free speech that would be healthy for our republic.

Instead, the whole thing will ground down in pitched rhetoric passing back and forth between the president’s supporters and those who believe he is single-handedly responsible for the destruction of the nation, especially its core values and its reputation for having a civilized political process.

It seems clear Twitter’s Jack Dorsey, by allowing the presidential tweets to be footnoted, he’s acting like an editor, commenting on posts and making decisions about what other people can see. On its face, this would seem to put his platform outside the safe harbor Section 230 establishes to protect tech companies from being held liable in civil suits for things posted by platform users.

“In a country that has long cherished the freedom of expression, we cannot allow a limited number of online platforms to handpick the speech that Americans may access and convey on the internet,” the order says. “This practice is fundamentally un-American and anti-democratic. When large, powerful social media companies censor opinions with which they disagree, they exercise a dangerous power. They cease functioning as passive bulletin boards, and ought to be viewed and treated as content creators.”

That ought to be a nifty jumping-off point for a robust discussion of speech and how the protections provided by the First Amendment factor in — or don’t — to the part of the national conversation carried on in cyberspace. Legal scholars can point to numerous decisions upholding the idea the government can not infringe on speech, defined broadly to included campaign contributions, flag burning, pornography, as well as the written and spoken word when it occurs in the public square. That’s clear and has shaped a culture whose values generally extend into private space.

But what if the “public square,” however one defines it, now exists predominantly in a place that is privately owned. It’s worth discussing whether information carriers and conveyors like Twitter, YouTube, Facebook and Google have a responsibility to keep the space they own and operate open to all points of view, including the ones with which they disagree as well as the ones they may find abhorrent?

A strict reading of the U.S. Constitution would say as a matter of law, they don’t. But what about, to borrow a phrase so popular these days with those who would regulate just about every other aspect of the U.S. economy, their corporate social responsibility?

Further, the potential removal of Section 230 protections from any platform — which, as a matter of full disclosure, we also enjoy concerning the comments posted by readers of this our anything else we publish but not for the things we publish online or in print — is an opportunity for a vigorous discussion of the costs imposed on speech by the threat someone might get sued.

On the one hand, as we’ve seen an awful lot in the Trump era, people on both sides of the aisle have been telling outrageous lies and fabrications, made egregious exaggerations, and sullied the reputations of political leaders in both parties, journalists and entrepreneurs.

This had added an unpleasantly coarse overtone to the national debate yet, because of the way charges of libel, slander and defamation are viewed by the courts based on the existing case law, the victims of these slurs are often left without recourse and unable to recoup damages, if any. Tort reform is long overdue, we have long held, but some fresh eyes on this issue might help restore some sanity to a news business, forgive our obvious bias, driven by breaking television segments rather than the more thoughtful approach often taken by print media.

What the president has ordered is likely more a tempest in a teapot than a challenge to the constitutional order. But it raises issues worth talking about, intensely and for a long time in search of a new consensus concerning the role Big Tech plays in conveying information to the American people. Facebook’s Mark Zuckerberg has it right when he says these platforms shouldn’t be “arbiters of truth.” That doesn’t mean we shouldn’t have a conversation about what they should be.