Important to get our priorities straight 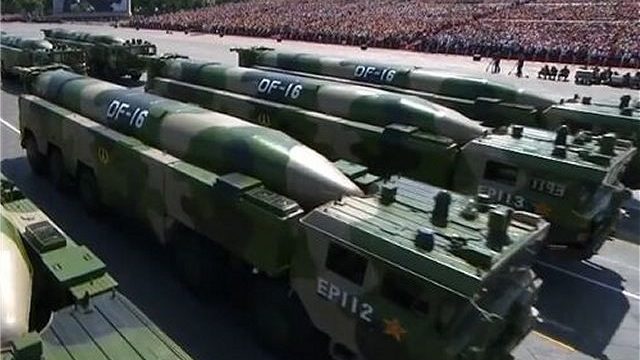 There appear to be two major stories contending for coverage by the press and the attention of Congress at the moment, both related to the COVID-19 pandemic: the economic recovery and the culpability of China in the escalation of the coronavirus from a potentially local tragedy to an international pandemic.

On the one hand, the USA faces an almost insurmountable challenge to restore our recently booming economy from the depths of a Depression-like crash. On the other hand is the primal need to find a culprit for all the pain, sorrow, and deprivation we — and the rest of the world — have suffered in fighting this evil scourge and to punish that source accordingly. The issue at hand is how to accommodate both needs at the same time.

This issue arises because the two factors are on a collision course. The facts are increasingly obvious. While the federal government appropriately pursues an intensive investigation of the precise sequence of events in the discovery and dissemination of this strain of coronavirus, evidence from outside sources is rapidly emerging that the Chinese Communist Party (CCP) consciously, deliberately, and with malice of forethought concealed from the rest of the world its early experiences with the outbreak of the plague and then schemed to spread the virus to all parts of the world. The motivation for this policy is not clear, although the working hypothesis is that the leadership was not about to suffer a severe economic catastrophe while the rest of the world looked on from the safety of having escaped the same fate.

The result of this news has been a surge of rage on the part of Americans, fueled principally by press accounts of these discoveries and speculation, some informed and some not so much. Responding to this national outrage, some Senators (the Republican Senate is in session and functioning while the Democrat House is still in its lengthy recess) have started proposing punitive measures against China. The attraction of this issue is obvious: it is emotional, not overly complicated and, most of all, potentially non-partisan. “Potentially” because there are close ties between leading Democrats, especially presumptive Democrat presidential nominee Joseph Biden, and China. In general, the Dems have been less aggressive on this issue than have the Republicans.

Compared to the progress in re-opening the American economy, the “blame China” issue is pretty straightforward. Economic recovery is proving complicated, spotty, and dangerous. The best summary comes from Governor Michael DeWine (R-Ohio), considered one of the most competent governors in the country.

“There is a risk in either direction”, says Governor DeWine. “The risk of re-opening the economy is the re-emergence of the pandemic. The risk of maintaining the strict mitigation is a prolonged Depression. So, my solution is to re-open CAREFULLY AND SAFELY.” (Fox News, 5/10/20).

There are now emerging a number of second guesses as to what the Public Health experts recommended (as this column predicted on March 22 (see “Trump’s Huge Gamble”). Prominent among medical critics has been the idea that the “shelter in place” requirement should have been applied only to the most vulnerable, namely to those over 65, and all who suffer from “underlying conditions”. Of course, these demographic details were not known when the shutdown was first announced. Little details like this do not stop the critics, however. Nor does the fact that immunity for young people does not appear as universal today as it once did.

The most common critique is that adopted by some Democrats, namely, that the strict mitigation policies should be continued much longer. But there are many areas in America, mostly the less densely populated regions, which are in fact relatively untouched (so far) by the pandemic.

Thus, the recovery is spotty, uncertain, and carries its share of danger. But so does every alternative.  Like Governor DeWine, most of America is slowly, carefully venturing out of our self-imposed quarantine. Except the elderly and victims of “underlying conditions”. It seems apparent that the overwhelming need and desire of Americans is to get back to work – in spite of the risks.   The final judgement, of course, will come from the American people who will vote with their feet

These risks are serious enough without adding to them the risk of alienating China. There are reasons to put aside our worse fears and anger at the recent behavior of the CCP until this current economic disaster has been put in the rearview mirror. Some of the reasons are:

1) We are still in a major trade agreement with China to provide billions in exports, most notably from American farmers. In addition, many of the intellectual property issues — our most important reason for negotiating with China – are yet to be resolved. It is vital to our national interests to disengage our technologies and our supply chains from Chinese control.

2) China still holds a significant portion of America’s national debt ($1.05 Trillion as of February 15, 2020). Although this holding represents a small percentage of America’s sovereign debt (5%), the Federal Reserve is going to market right now with an additional issue of several trillions of US dollars to cover the cost of the pandemic. This is not a good time to antagonize China into selling its US bonds at a discount just to make us suffer more.

3) China is a powerful, unpredictable rival for world domination. The Chinese also are very jealous of their international influence – and their massive financial stake in so many developing countries in Asia, Africa, and South America.

Even aside from humanitarian considerations, this is not a good time for us to provoke China. It is a time to return to the rapport we had before coronavirus and conclude our trade talks, disengage our technology and our supply chains from dependence on China – and save our anger for another day.