Republicans have a once-in-a-lifetime chance to become the majority party! 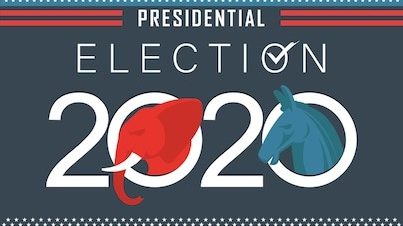 Washington DC. April 11, 2020 by Dr. Larry Fedewa) For Republican activists who would like to a plan of action for the summer and fall, I would suggest that they work to increase the Republican Party’s base. There are three constituencies which the Republicans need to capture if they wish to return to majority party status:  black voters, Hispanics, and suburban women.

Remember that Abraham Lincoln freed the slaves in 1863 and black Republicans were the first elected officials of their race during Reconstruction. This phase ended when the Democrats struck back with the Ku Klux Klan and began a reign of terror against southern blacks which lasted until Republican Dwight Eisenhour signed the Voting Rights Bill of 1957, the first victory of the civil rights movement.

Between 1960 and 1968 a major player in securing the black vote was Robert Kennedy, an ally of Dr. Martin Luther King, Jr., both of whom were assassinated in 1968. After Democrat Lyndon Johnson championed the Civil Rights Bill of 1967, Democrat George Wallace led a states’ rights third party rebellion against desegregation in the 1968 presidential election, splintering the “Solid South” between conservatives who voted for Wallace and liberals who voted for the Democrats.

The black vote turned definitively Democrat during the 1972 election when Wallace was sidelined by an assassination attempt and his followers turned to Republican Richard Nixon, who beat ultra-liberal Democrat George McGovern. The Democrats became identified with the welfare society of President Johnson and were later successful in combining the ideals of desegregation with aid to the poor, who included many of the black population of the era. Since then, the Democrats have held the black vote.

But times have changed. Today, many black Americans have taken advantage of the opportunities opened up by the change in cultural acceptance and have formed a solid middle class. In general, they are a family-centered, church-going, hard-working people, who fought in every war and are naturally conservative. They are natural Republicans!

In the meantime, the Democrats have been seduced by identity politics – and have discovered a whole new menu of identities, all of whom are victims – racial, sexual (gay, bi-sexual, transgender, women, lesbian), etc.) – in other words, everybody except white males, who are the bad guys. This legion of victims cries out for justice, which, say the Dems, can only be found in big, BIG government. They have taken in other causes as well – the green movement, the climate changers, the abortionists, the internationalists, the Socialists, and the anti-constitutionalists.

Most loyal Americans find this whole agenda a major threat to the freedoms we have always enjoyed as Americans. It is time for black voters to return to their natural home in the Republican party. Why haven’t they? Because they have not been invited.

Republican candidates have accepted the Democrats’ ownership of the black vote, with a few exceptions like Jack Kemp and Bob Livingston. Republicans usually don’t even bother to campaign in black neighborhoods, consult black clergymen, speak to black organizations, join black clubs. They don’t even know many black folks.

So, what can volunteers do to help these candidates? They can start by reaching out to black people themselves, paving the way for white Republican candidates. They can make known their lack of support for those candidates who won’t even try to listen to their black constituents. They can invite black voters to join their clubs, go to their meetings, make some friends. As activists, they can have a lot of influence on elections, local as well as state and national.

Much of what has been said regarding the black voters applies equally to Hispanic voters. As former two-term governor of New Mexico (2011-2019), Republican Susana Martinez tells her story: she and her husband were invited to dinner by some Republican activists. They proceeded to describe what Republicans believe in — “God, family and country”—and she said to her husband on the way home, “Damn, I guess we’re Republicans!” She went on to become the first Republican Governor of New Mexico in recent history.

Of course, the history of Hispanics in America is far different than that of the blacks, and in fact not all Hispanics have the same history. There are two major groups whose native language is Spanish: the descendants of the Mexican immigrants, and those of other Spanish-speaking nations, especially Cuban refugees from the Castro regime. More recent immigrants are from other Latin American countries, such as, Honduras, El Salvador, Panama, and others.

There are also complications for many as to their legal status. To the extent that the more recent immigrants themselves or their families or associates have immigration issues, to that extent they can be expected to oppose the President. On the other hand, these people are not voters either (at least yet!).

In any attempt to reach out to these communities, care must be taken to consider these factors. However, it is also clear that the Hispanics who are citizens tend to fall into the same category as the black voters – family-centered, God-fearing, church-going, traditional people who are natural Republicans but just don’t know it, because no one ever explained it to them. George W. Bush got 40% of the Hispanic vote, and that is a good base to build on.

This is a constituency which is familiar to most Republicans. In fact, many Republican women could say,” I are one!!” The case here is far removed from the other groups we have been discussing. The objection of these women tends to be personal dislike of President Trump rather than any historical or ideological disagreement.

The answer is very simple, “Trump as opposed to whom?” We are living in an age where our very freedoms as Americans are being threatened. Donald Trump may not be the type of neighbor you would invite to a party, but he is a true American patriot, no matter what a biased press says about him. His opposition wants to ditch our Constitution, take over our lives, give the government untold authority over our weapons, our religions, our food and climate and radically change our lifestyle.

For proof, look at the Dems in Congress. Led by Nancy Pelosi and Chuck Schumer, they want to carry forward the policies of Barack Obama – a weak military, high taxes, apologetic foreign policy, abortion of living babies after birth, outlaw guns, take over our health care and dictate our education from kindergarten through college.

We are truly at a crossroads. Trump may not be perfect, but neither was any other president we ever had. This is not the time to put personalities ahead of principles. We can’t afford that luxury. Nor can we forget that expanding the party requires that we win the down ballot contests as well. No president, governor or mayor can succeed without the legislature.

If the Republican base is increased in any substantial way, the Republican Party is poised to become the majority party once again as it did after the Civil War until 1932. In the process, the Union will once again be saved.