Column: Why impeachment isn't going away 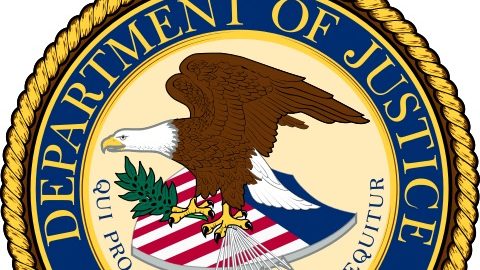 Trump supporters are right to feel vindication after Robert Mueller’s testimony before Congress. At times the special counsel seemed unfamiliar with the contents of his own report. He came across as aloof and confused and often unable to answer both Democratic and Republican questions to the lawmakers’ satisfaction. The same media figures that began the day saying Mueller’s appearance might be the game changer ended up calling it a flop. “Democrats now have one option to end Trump’s presidency,” read the headline of Dan Balz’s analysis in the Washington Post. “The 2020 election.” Trump, as always, put it more memorably: “TRUTH IS A FORCE OF NATURE!”

The real truth is Mueller’s testimony was never going to interrupt preexisting trends. Support for impeachment has been stable for a year at around 40 percent in the Fox News poll of registered voters. Fox asks, “Do you think President Trump should be impeached and removed from office, or not?” In June 2018, 39 percent of respondents answered yes. Last week, 42 percent said the same. Opposition to impeachment has hovered around 50 percent during all this time. When the most recent Fox News poll asked if Mueller’s testimony might cause voters to change how they felt about Trump, only 8 percent said there was a strong chance of that happening. Forty-nine percent said not at all.

Views of President Trump are cast iron. Mueller might have overturned this equilibrium by offering new evidence incriminating Trump or by saying definitively that Trump obstructed justice. He did neither. Nor was he going to. It was clear from his May press conference that Mueller did not want to appear before Congress and that he had said all he was willing to say in his report. The negotiations over his testimony that stretched into midsummer, the sudden delay of his testimony by a week, and the addition of his chief of staff as counsel further indicated his reluctance as well as his lack of assurance before the cameras. The presence on the committee of Republicans hostile to Mueller’s investigation and to his findings meant that the hearing would not be entirely favorable to Democrats. Sure enough, Mueller’s performance was a disappointment.

But President Trump and Republicans would be wrong to assume that the Democrats’ drive to impeachment has ended. The will to overturn the 2016 election never depended on Mueller. He was merely the most likely instrument of Trump’s undoing. Democrats have called for impeachment since Trump’s inaugural. What they have lacked is the means. Maxine Waters raised the idea in February 2017, months before Trump fired James Comey and set in motion the train of events culminating in Mueller’s appointment as special counsel. Tom Steyer launched Need to Impeach in October 2017, a year and a half before Mueller filed his report. Last January, on the first evening of the House Democratic majority, Rashida Tlaib declared her intention to “impeach this m—f—r.”

The impeachment resolution the House voted on last week had nothing to do with Mueller or his report. It found Trump guilty “of high misdemeanors” and “unfit to be president” because of his “racist comments that have legitimized and increased fear and hatred of new Americans and people of color.” The measure didn’t even pretend to have a relationship with actual criminal or civil law. It received 95 votes nonetheless, all Democrats, including the chairman of the House Judiciary Committee. The same man who, after Mueller’s belly flop, argued before the Democratic Caucus that he has enough material to begin impeachment right now. Mueller’s testimony might not increase the number of House Democrats for impeachment from less than half (40 percent) to a majority. But it’s not as if that percentage is about to decrease, either.

Democrats overwhelmingly support impeachment. Forty percent of adults in the most recent Economist/YouGov survey say Congress should try to impeach President Trump. That number rises to 70 percent among Democrats. It is no wonder why. Trump is a one-man rebuke of progressivism, of political correctness, of a humanitarianism that does not recognize citizenship or national borders. Since 2016 an entire media-political infrastructure has been built to push the messages that Trump’s election was illegitimate, Trump’s actions in and out of office are criminal, and Trump ought to be excised from the government as quickly as possible. Even if Mueller and his report fade from view—and there is no guarantee they will—the president’s adversaries will continue to search for the annihilating angel who will deliver them from Donald Trump.

Why? Because the impeachment debate is not about what Trump has done, is doing, or might do. It is about whether he and the social forces he represents are entitled to rule.