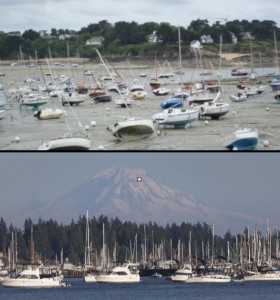 If President Obama is to be believed – and few conditional clauses give us more pause – the greatest economic challenge facing the nation is income inequality. He referred to it this month as “the defining challenge of our time,” the sort of superlative that always makes us suspect that a politician is up to something.

In this case, the strategy seems to be attempting to distract the nation from two undeniable realities that have much more plausible claims as “defining challenges”: an economy that has been lethargic for half a decade and a health care overhaul that may yet go down as the single-most conspicuous failure of big government in American history.

Political calculations aside, we’ll take Mr. Obama at his word that he genuinely believes income inequality is a serious problem. Here’s our question, asked in earnest: Why?

Mr. Obama errs when he emphasizes economic inequality because he socializes the analysis. Consider this hypothetical example: Two individuals, one of whom makes $40,000 a year and one of whom makes $1 million. If both were to realize a 50 percent increase in income, the former would make $60,000 a year, while the latter would make $1.5 million. The inequality between the two has grown, but both are better off.

This hypothetical underscores the key point: Individual wealth is a meaningful metric; wealth disparity is not.

There’s also a bit of statistical trickery at the heart of the president’s analysis. A report released last year by the Congressional Budget Office, for instance, showed that average household income for the bottom 80 percent of Americans fell by 5 percent or less from 2007-09, while it fell by 18 percent for the top 20 percent of earners, and 36 percent for the much-maligned “1 percent” of Americans at the very top of the earnings pyramid.

Why the discrepancy with Mr. Obama’s notion of the rich getting richer while the poor suffer? Because the CBO analysis tracked specific individuals and households, rather than income brackets. Comparing wealth disparities by group, as the president does, elides the fact that many Americans move between different income brackets during the time measured. Those who were big earners 10 years ago have often seen a decline in their income, while those who were poor often have grown wealthier.

On this issue, as with so many others, Mr. Obama makes the mistake of conceiving of the economy in adversarial terms, with some individuals getting wealthy at the expense of others. The truth of the matter, however, is that economic growth benefits everyone – and that the president would do much better to focus on that than on elusive notions of inequality.

This article was written by the editorial board of the Orange County Register.