Freedom Centers Constitutional and Political Freedom Scandals that once angered and concerned the Presi ...

Scandals that once angered and concerned the President are now phony? 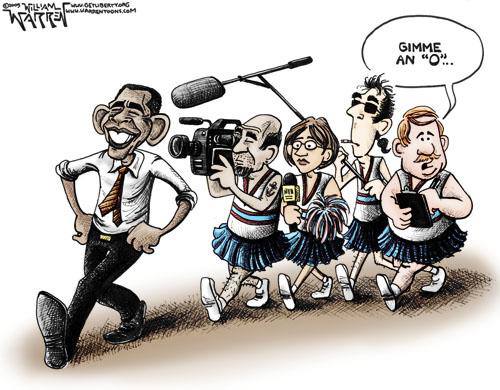 This week, President Barack Obama changed his tune on the numerous scandals besetting his administration. Speaking in Illinois, Obama said, “With an endless parade of distractions, political posturing and phony scandals, Washington has taken its eye off the ball.”

But when each of the current scandals broke, Obama acted concerned, said that his administration get find out what happened, and that he would make sure they were not repeated. Now suddenly these same scandals are phony? What happened?

When the IRS scandal broke in May when Lois Lerner confessed to the targeting of conservatives after planting a question about the scandal with a friend, Obama said, “It’s inexcusable and Americans have a right to be angry about it — and I’m angry about it.” Obama reminded America that “the IRS has to operate with absolute integrity.” Obama made these comments while announcing that he had dismissed IRS personnel as a direct response to the accusations. Of course, it turned out that he hadn’t really dismissed anyone. The person he supposedly dismissed was due to retire in a couple weeks regardless of any White House pronouncements. But the point is, Obama wanted to sound like he thought the IRS scandal was a big deal and that he was doing something about it. Now, in mid-July, he calls it a phony scandal.

Perhaps the president’s servile and obedient defenders will argue that the IRS was also targeting liberal groups. But that argument fails on two counts. First, even if it were true, it wouldn’t change the fact that IRS has violated the law, violated the Constitution and seriously abused its authority. The fact that the IRS may have violated the First Amendment rights of both liberals and conservatives does not change the fact that it violated the Constitutional rights of Americans. Second, the real response to this mindless defense is that it is fundamentally a lie. There is not one instance of a liberal group having been singled out for extra scrutiny because of its political views or its name. Not one. This is simply a dishonest ploy to muddy the waters and pretend that this was done to everyone so we shouldn’t really worry about it. But it is at its core a dishonest diversion.

The president’s obsequious supporters might argue that he wasn’t referring to the IRS scandal when he talked about “phony scandals.” They might argue that he was talking about the Benghazi scandal. Yet, Obama said only two months ago in May, “I am intent on making sure that we do everything we can to prevent another tragedy like this from happening.” Yet we still do not know who made the decision to send the U.S. Ambassador to the United Nations, Susan Rice, out to affirmatively tell every Sunday news program that the Benghazi attack was a spontaneous uprising resulting from an offensive YouTube video. Rice’s statements, by the way, were clearly false at the time they were uttered and they seriously damaged American relations with the fledgling democratic government in Libya and directly related to the delay of FBI investigative teams being able to review the scene of the attack. But the question remains, in May the president thought it was important that we prevent another Benghazi tragedy. But now he labels it a phony scandal?

Perhaps when Obama said “phony scandals” the president was referring to the Department of Justice’s abuse of the First Amendment as it tried to intimidate whistle blowers and journalists by secretly obtaining journalists phone records and naming a well-respected reporter a “co-conspirator in violating the Espionage Act. For the record, Eric Holder had to have either lied to Congress when he said he’d never heard of anything like prosecuting journalists or lied to a federal judge to obtain the warrant claiming that a reporter was both guilty of violating the Espionage Act and a likely flight risk. If this is the “phony scandal” that Obama was referring to, why did Eric Holder schedule a series of off the record meetings with the media — which eventually became on the record meetings because few of the media would tolerate such ridiculous attempts to manage them. If this scandal is phony, why did Holder say he took the matter “very seriously?” Why did the DOJ announce earlier this month that it would rewrite its procedures on how the federal government deals with the media in such matters?

Obama said “phony scandals” — that means at least two. Which two of the above scandals are phony? And why did the Obama Administration say only two months ago that it took these scandals seriously and that it was going to make sure that they were not repeated? What happened this week that now these same scandals are phony?

Here’s the truth — Obama only pretended to be upset by these scandals and he pretended to be concerned about the abuses and failures these scandals represented to pacify the public. Now that some time has passed, Obama and his allies are openly showing their contempt for those seeking answers and accountability. The truth is Obama hopes to shut down the investigations precisely because he does not actually care if his administration used its power to harass and single out conservatives. He doesn’t care if his administration abused its power to harass journalists who displease his administration. He doesn’t actually care if we never get an answer as to what happened in Benghazi and why his administration lied about it for so long. In fact, he and his administration, and media allies have worked hard to bury the Benghazi scandal. None of these scandals matter to him. In fact, his actions show that his only regret is that it may reflect poorly on him. Thus, his focus isn’t to fix the problem, but rather to avoid all consequences and accountability.

Obama hopes that what he now calls “phony scandals” will simply go away and that people will stop seeking answers and accountability. In fact, Obama, his obsequious, servile and fawning friends in the media are now attacking the motives of those seeking the very answers that Obama once disingenuously claimed he also wanted. Obama’s behavior is compelling evidence that these scandals are in deed very real and very serious.

Obama owes us a clear and candid explanation. He should not, and cannot, be permitted to say one day that these scandals are unacceptable and that they make him angry and then later say that they are phony. This is disingenuous. It is dishonest. It is cynical. It is little more than an attempt to cover-up wrong doing. And the mainstream media, if it were not so thoroughly dishonest and disingenuous itself, would demand answers and would call this what it is — another cynical attempt to cover-up scandal and avoid accountability.