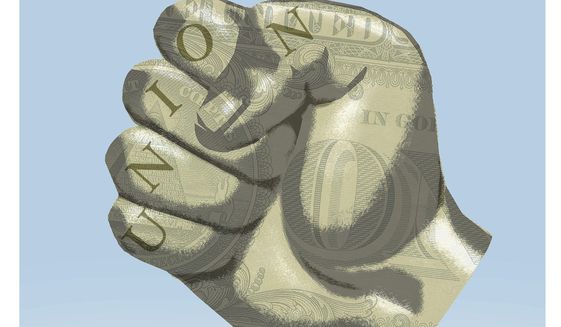 The Wisconsin governor has created a template for busting unions 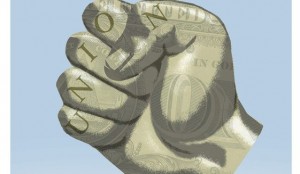 On March 9, with the stroke of his pen, Mr. Walker pierced the heart of Wisconsin organized labor when he signed right-to-work into law. Right-to-work allows workers to opt out of union dues and is viciously opposed by unions who maintain the level of financial support they do only because many workers are forced by federal labor law to pony up.

Right-to-work has traditionally been confined to the deep-red South and West. Wisconsin now follows Michigan as right-to-work advances into the deep-blue Midwest and Upper West.

It is especially ironic given Wisconsin’s prominent role in the history of organized labor: In 1932, American public-sector unionism began when the American Federation of State, County and Municipal Employees formed in Madison, Wisconsin.

Mr. Walker, of course, already tamed his state’s public-sector unions with Act 10, his 2011 budget bill that requires public unions to recertify every year and contribute more toward their health and pension plans, among other reforms.

Unions railed against Act 10, flooding the capitol with angry hoards calling for Mr. Walker’s political head. They didn’t get it. Act 10 passed and Mr. Walker survived a recall election initiated and funded by unions.

Everyone knew Act 10 would hurt big labor. No one had any idea how bad it would be. The Washington Post recently published an article surveying of the devastation titled, “Walker’s anti-union law has labor reeling in Wisconsin.” The newspaper tells of near-empty union halls that were filled only a few years ago; of teachers union membership falling in half; of union members reporting open displays of contempt toward their signs.

Act 10 hurt, all right. But it only applied to public-sector unions; private unions did not fall under its purview. Indeed, many of Wisconsin’s private-sector unions watched in horror as their public brethren fell under Mr. Walker’s scythe and breathed a sign of relief that they were exempt from his attentions.

They are exempt no longer: On Monday, Mr. Walker finally lopped the second head off the beast that had feasted on his state’s economy, and right-to-work will do to private unions what Act 10 did to public. True, the AFL-CIO has already filed a legal challenge to Wisconsin’s right-to-work law in Dane County Circuit Court. They will lose (both Indiana and Michigan’s right-to-work laws survived identical challenges).

Unions have spent millions fighting Mr. Walker’s reforms. Their failure, and consequent membership plunge, means those unions will no longer have bursting treasuries with which to fund left-wing causes and politicians nationally.

Organized labor is the bank of the Democratic Party. Most Republicans fight the party. Mr. Walker closed the bank.

Mr. Walker governed red in a blue state. He busted the unions in a union state. He has created a template and provided many lessons, perhaps the most striking of which is this:

You don’t need to be president to lead nationally.

Matt Patterson is the executive director of the Center for Worker Freedom, a special project of Americans for Tax Reform.