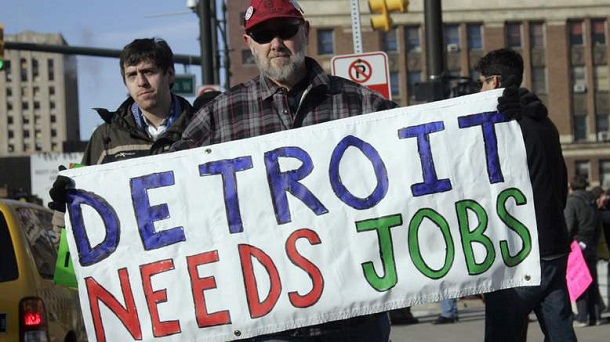 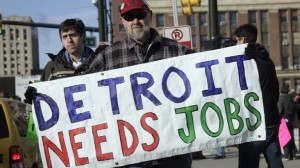 The fundamental transformation of Detroit is complete, as socialism’s theme park succumbs to government run amok, a reminder that government isn’t the solution to our problems but their cause.

The wisdom of President Reagan’s words have been lost under an administration that believes government is the entity from which all blessings flow. So has Margaret Thatcher’s observation that the problem with socialism is that eventually you run out of other people’s money.

Last Oct. 13, President Obama boasted in a weekly address about the bailed-out auto industry that, “We refused to throw in the towel and do nothing. We refused to let Detroit go bankrupt. I bet on American workers and American ingenuity, and three years later that bet is paying off in a big way.”

Less than a year later, the American auto industry is indeed surviving, bolstered largely by a Ford that refused government assistance and foreign transplants located in right-to-work states. Even General Motors has been forced to pay the free market some lip service, lest its customers go elsewhere, even as it accepts Chevy Volt subsidies.

Detroit, however, is dead, and unions and government killed it. Michigan recently became a right-to-work state, but it was too late to save a city that had become beholden to unions. As the United Auto Workers helped destroy the auto industry in and around Detroit, it’s no accident that Mercedes-Benz decided to build its flagship SUV in a shiny new facility in Vance, Ala.

Labor overhead was an albatross around Detroit’s neck. Until recently, total pay and benefits for a full-time worker at the Big Three averaged $140,000 a year vs. $80,000 for their foreign competitors. Add an estimated $2,000-plus per car for retiree health care and pensions for the Big Three, and you wonder not why Detroit failed, but why it didn’t fail sooner.

Detroit’s response to a declining business climate was more taxes, fewer city services and bloated pensions for workers in the only growth area — government.

The city’s $11 billion in unsecured debt includes $6 billion in health and other retirement benefits and $3 billion in retiree pensions for its 20,000 city pensioners, members of the public sector unions that helped bring Detroit to its knees.

In the face of government incompetence, it was the people of Detroit who went on strike. Detroit lost a quarter-million residents between 2000 and 2010. A population that in the 1950s teemed with 1.8 million is struggling to stay above 700,000. Much of the middle-class and scores of businesses also have fled, taking their tax dollars with them.

Detroit is the rotten fruit of uncontested progressive socialism. In 1960, Detroit had the highest per capita income in the U.S.; today, it’s the poorest of our large cities. An estimated 78,000 of the city’s homes are unoccupied, and in 2011 half the occupiers of its 305,000 properties did not pay any tax. Some 40% of the street lights do not work.

Detroit has 264,209 households, and 91,204 — or 34.5% — get food stamps. Only 54.3% of Detroit residents participate in the labor force. This is how America is beginning to look. If we continue down President Obama’s path, America will become Detroit, only with a press to print money.

Indeed, the scary part is that Detroit is what Obama wants to fundamentally transform America into: a place where wealth is redistributed, not created, and where government picks winners and losers in an economy in which we all ultimately lose.

Speaking at Ohio State University in May, he told graduates not to listen to “voices that incessantly warn of government as nothing more than some separate, sinister entity that’s at the root of all our problems.”

Detroit didn’t. We should.

This op-ed article was published by the Investors Business Daily.