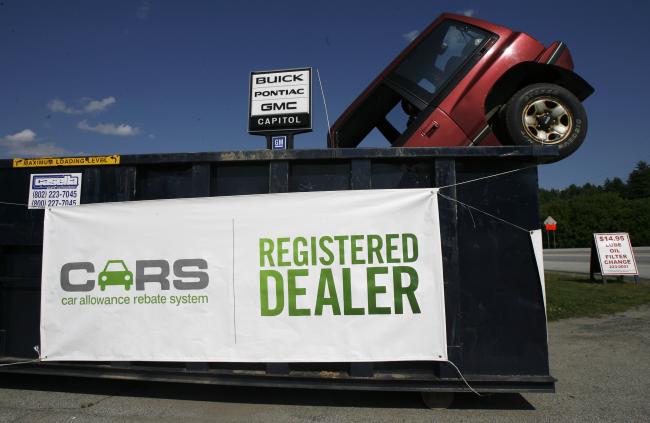 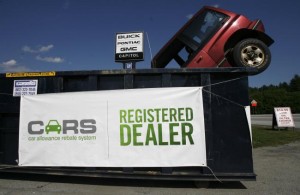 The study — from researchers Ted Gayer and Emily Parker — said the “Car Allowance Rebate System,” or CARS did little to boost employment. This is at least the fourth major study since 2012 that has raised questions about the value of the program.

The study estimates the sales led to 3,676 “job years” — sales supporting a job for a single year — between the automaker and auto parts sector, or at a cost of $1.4 million per job. “This suggests that the CARS program was far less cost effective at creating jobs than other fiscal stimulus programs,” the report said.

Nearly 700,000 vehicles were traded in between July and August 2009 under the program. Participants received either a $3,500 or $4,500 voucher toward the purchase of a new car depending on the difference in fuel efficiency — and the car traded in had to be destroyed. The study credits Alan Blinder for proposing the idea in a New York Times op-ed in July 2008. Initially the program received $1 billion but after the program quickly ran out of money, Congress approved another $2 billion.

The study noted that during “Cash for Clunkers,” the program accounted for 31.4 percent of total auto sales. Vehicle sales fell by 38 percent in September after the program expired. The study and several other studies suggest the program pulled ahead a $2 billion increase in third quarter Gross Domestic Program from the next six months. It also argues that the program “provided a short-term boost in vehicle sales of approximately 380,000 vehicles, which were pulled forward from sales that would have occurred in subsequent months.” The average price of vehicles purchased was $22,592.

But the program also destroyed some perfectly good cars. “Incentivizing the premature destruction of used vehicles represents a loss of capital stock and thus a reduction in economic wealth,” the study said.

“The cost per ton of carbon dioxide reduced from the program suggests that the program was not a cost effective way to reduce emissions,” the study found.

The bill had required dealers to administer surveys to determine if people taking part had planned to buy a new car without the program. But because the program was rushed into existence, just 21 percent of buyers fully completed the survey.

“The showrooms had been abandoned,” LaHood said before the program took effect.

David Shepardson writes for the Detroit News in the Washington Bureau.