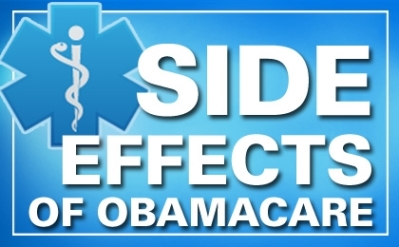 How many individuals would knowingly want to enroll in a form of health coverage with “persistently inferior” outcomes? It’s a good question, as a new study released last week suggests that Medicaid provides those persistently inferior outcomes in the nation’s largest state, raising more questions about the program that represents the bulk of the coverage expansion under Obamacare.

What This Study Looked Into

The study, published in the Journal of the American Medical Association Oncology, used a California data registry to compare cancer survival outcomes across multiple forms of insurance and nearly two decades (1997-2014). The study classified patients based on four forms of insurance: Private coverage; Medicare; other public coverage, about three-quarters (74 percent) of whom were Medicaid patients; and the uninsured.

Because the underlying data registry featured a small number of patients without insurance coverage, the study had a higher degree of statistical uncertainty for uninsured patient outcomes than for the other groups.

The study examined five-year cancer survival rates for the five most common cancers in California: breast, prostate, lung, colorectal, and melanoma. As the chart demonstrates, the study looked at survival rates over three separate periods (1997-2002, 2003-2008, and 2009-2014) to determine trends over time. And The Results Were

Overall, the study found “substantial and persistent disparities in survival for patients with either no or other public insurance compared with private insurance for all 5 of the cancer sites examined.” In general, these disparities increased rather than decreased over time: “with few exceptions, survival disparities were largest among those diagnosed during 2009-2014 relative to the two earlier time periods.”

Moreover, improvements in survival rates during the time period the survey examined came almost exclusively from individuals with private insurance or Medicare. “[F]or patients with other public [i.e., Medicaid] or no insurance, survival was often stubbornly unchanged, or, in some cancers, declining.”

As to whether patients with Medicaid coverage suffered worse health outcomes than the uninsured, the study provided a decidedly mixed verdict:

Our findings suggest that, while survival falls short of that achieved by patients with private insurance, public insurance such as Medicaid does confer a survival benefit over no insurance for breast, prostate, and lung cancer. However, there was little or no benefit of public insurance over no insurance for colorectal cancer or melanoma, and the lack of improvement in survival is a concern. These findings suggest that the health care provided to publically [sic] insured patients with cancer in California is not adequately meeting their needs.

Why This Medicaid Study Matters

To be fair, the study’s harsh conclusions could stem in part from circumstances determined by the state the researchers studied. While Medicaid programs generally offer physicians low reimbursement rates, California has a reputation for notoriously stingy payments.

A study earlier this year found that, as a percentage of Medicare payment levels, California Medicaid rates ranked third-lowest in the country overall, and second-lowest for primary care. Other state Medicaid programs offering (relatively) richer reimbursement levels could have better survival outcomes than those in the California study, simply because higher payment rates for doctors provide cancer patients with easier access to care.

That said, the results certainly do not provide much encouragement to the many people newly enrolled in Medicaid as a result of Obamacare. While enrollment in Medicaid has exploded under the law, the program’s health outcomes leave much to be desired. Beneficiaries may sign up for Medicaid because the program offers few out-of-pocket costs to them, but to borrow the old phrase, they may be getting exactly what they paid for.