Public charter schools were once viewed as a nonpartisan compromise between vouchers for private schools and no choice at all. Not now. In its 2020 national platform, the Democratic Party calls for “stringent guardrails to ensure charter schools are good stewards” and says federal funding for charters must be conditioned on “whether the charter will systematically underserve the neediest students.” Charter schools are indeed acting as good stewards by outpacing district schools on achievement growth—especially for the most at-risk students.

In a new study we compare the progress made by cohorts of charter and district school students on the National Assessment of Educational Progress from 2005-17—a sample of more than four million test performances. Overall, students at charters are advancing at a faster pace than those at district schools. The strides made by African-American charter students have been particularly impressive. We also see larger gains at charters, relative to district schools, by students from disadvantaged socioeconomic backgrounds.

Sometimes known as “the nation’s report card,” the NAEP administers math and reading tests every other year to representative samples of fourth- and eighth-grade students in all 50 states. Ours is the first study to use this vast storehouse of information to analyze changes over time in the charter and district sectors. By adjusting for student background characteristics—sex, ethnicity, income, and (for eighth-grade students) computer availability and the number of books in the home—we made direct comparisons between student outcomes at charter and district schools. Because NAEP data don’t allow us to track specific students, we looked at changes in performance from one student cohort to the next over 12 years.

In 2003 an exploratory precursor to these NAEP surveys revealed that the average performance in reading and math of fourth-grade students attending charter schools trailed that of students attending district schools. When these results became public, the finding garnered widespread media attention.

Much has happened since then. For one thing, the charter sector has grown to include 6% of all U.S. public-school students—up from 2%. Just as important, we are now able to report that student achievement at charters has been rising at a considerably faster pace than at district schools. Nationwide, eighth-graders attending charter schools show learning gains over students at district schools amounting to three months of learning from 2005-17. The differences between charters and district schools is smaller at the fourth-grade level.

Relative to district schools, the most striking gains at charters are for African-American students, who constitute about 30% of the charter-school student population nationwide. Even after adjustments for background characteristics, their achievement gains in eighth grade exceed those at district schools by about six months of learning. African-American student performance in fourth grade rose by an extra four months of learning. Progress at charters by white students was more measured. Gains for charter-school student cohorts were two months of learning above those in the district sector.

Eighth-grade student cohorts from poor families are also making more-rapid progress at charters than at district schools. The scores of those in the bottom 25% of the socioeconomic distribution increased nearly twice as much as those of students in the district sector.

The charter advantage isn’t universal—Asian-American and Hispanic students are doing equally well in both sectors, as are students in the Western U.S. more generally. But the sizable gains for African-Americans and students from poorer backgrounds bolster President Trump’s claim that school choice is a civil-rights issue. Much more progress needs to be made to close the achievement gap. But if charters haven’t resolved social divides, they have proved to be a healthy tonic for the American educational system. Charters are improving outcomes even without the “stringent guardrails” proposed by the Democrats.

What many commentators have missed is that the Bostock opinion provides the basis for the argument that single-sex bathrooms and locker rooms violate Title VII.

By Jacob Roth • The Federalist

On June 15, the Supreme Court issued its decision for Bostock v. Clayton County. The ruling established that firing an employee simply for being gay or transgender is a violation of federal law under Title VII of the Civil Rights Act of 1964 as a form of discrimination based on sex.

Justice Neil Gorsuch wrote the opinion for the six-justice majority. He established a simple “rule” for when sex discrimination occurs under Title VII: if changing the sex of an employee would change the employer’s decision, then the employer has violated Title VII.

This opinion has been lauded by the left and some on the right as an important step forward for gay and trans rights. What the Bostock cheerleaders who love the decision for its surface-level results don’t realize is the profound difference between a legislative policy change and a judicial policy change. “Legislation” from the courts carries the baggage of the reasoning used to achieve its result, and the contents inside can be volatile and dangerous when the courts finally get around to unzipping them.

Gorsuch’s rule creates problems because it lacks a limiting principle. What many commentators have missed is that the Bostock opinion already provides the basis for the argument that single-sex bathrooms and locker rooms violate Title VII. Even further, Bostock provides the basis for the argument that it is a violation of Title VII to enforce sexual harassment policies that are mandatory under Title VII.

The employer also maintains sexual harassment policies that are mandatory under Title VII. These policies prohibit harassing behavior that creates a hostile or offensive work environment, as is federally required.

One day, after reading the Bostock opinion, a male employee who does not identify as transgender walks into the women’s locker room. The women are disrobing in the communal changing area and some are showering. The man disrobes in front of the women, then showers. The employer immediately learns of this and informs the male employee that he has violated the employer’s sexual harassment policies and is fired.

The male employee sues the employer for sex discrimination under Title VII based on the Bostock standard that the decision to fire him for his actions would have been different if he were a woman. The male employee argues that all he did was enter the women’s locker room, disrobe, and shower, and that female employees do those exact actions all the time without penalty.

He argues that his performance of the same actions got him fired only because he was a man doing them, which constitutes sexual discrimination under Bostock in the same way that if a man and a woman at a company are both attracted to men, but only the man is fired for it, then the company has sexually discriminated against the man.

Bostock defenders can argue that this biological difference is sufficient to establish that the male employee did not engage in the “same” action as the female employees, and thus his firing was not discriminatory. Yet this defense fails for two reasons.

The first reason is that it is utterly ineffective for dealing with a similar version of the scenario in which the male employee simply walks into the women’s locker room and grabs a towel from the shower area, thus allowing him to see the women in the changing area and shower disrobed and without exposing his body. The court would need to say that the male employee’s act of seeing the women is different from the women’s act of seeing each other, or to put it more simply, that “it’s different when a man does it.” But the argument that “it’s different when a man does it” is exactly the kind of thing Gorsuch rejected as discrimination in Bostock.

The second reason is that the argument about the asymmetry of male and female biology was missing from Gorsuch’s reasoning about sexual orientation and trans status in Bostock, even though it just as easily could have applied there. Either the concept of discrimination accounts for the natural distinctions and asymmetries between men’s and women’s bodies and the social context of their actions with the same and opposite sex, or it doesn’t.

Bostock demonstrates the bad consequences of a judge’s unacknowledged assumptions about philosophy, theology, and other big ideas. In Gorsuch’s justification-free assumption that same-sex and opposite-sex attraction are literally the “same thing,” he has provided no guideline for how the actions of men and women can ever be distinguished sufficiently to keep women, like those in the locker room example, safe from a man intruding into places like their showers and exposing himself.

What would the solution be to correct for this? Would it be an arbitrary redefinition of some actions as inherently different when men and women do them, but not others that Gorsuch wants to enforce equality for? Would it be a standard that finds no difference between male and female sexual attraction to men, but does find an inherent difference between a man and a woman seeing women nude?

That kind of a scheme would further transform the judges’ robes into heroes’ capes, to wear as a Super-Legislature. Their list of super powers would be impressive: they don’t need to be elected and can’t be voted out; their laws don’t need presidential approval; they decide if what they do is constitutional; and they can create laws based on personal preference.

Justice Samuel Alito described Gorsuch’s appeal to textualism, and the claim that he was reading Title VII as it was written and nothing more, as akin to a pirate ship flying a false flag to get away with plunder. Such a self-serving use of official power for personal policy goals, as would be demonstrated by the Supreme Court scrambling to find asymmetries between men and women only where it would produce a patchwork of desired results, does sound like something a pirate would do. 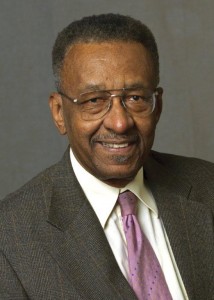 WALTER WILLIAMS: I think that something that’s not spoken of very much is that black Americans have made the greatest gains over some of the highest hurdles in the shortest span of time than any racial group in the history of this world. Why do I say this? Well, if you just add up the income that black Americans earn and thought of us as a separate nation, we would be the 16th or 17th richest nation on the face of this earth. There are a few black Americans who are among some of the world’s richest people. It was a black American in the form of Colin Powell who was the head of the world’s mightiest military. Some black Americans are the world’s most famous personalities. Now, in 1865, neither a slave nor a slave owner would have believed that such progress was possible in just a little bit over a century. And, as such, it speaks to the intestinal fortitude of a people and, just as importantly, it speaks to the greatness of a nation in which these kind of gains are possible.
END_OF_DOCUMENT_TOKEN_TO_BE_REPLACED