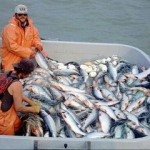 Status as of 9/1:  Referred to Committee on Natural Resources

To amend the Magnuson-Stevens Fishery Conservation and Management Act to require the Secretary of Commerce to develop a plan to conduct stock assessments for all stocks of fish for which a fishery management plan is in effect under that Act and for other purposes.

Summary of the bill:  H.R. 3063 is an amendment to the Magnuson-Stevens Fishery Conservation and Management Act aimed at improving the science behind stock assessments when a federal fishery management plan is in effect. END_OF_DOCUMENT_TOKEN_TO_BE_REPLACED 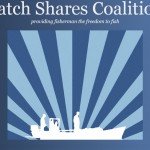 Catch Shares Coalition is an initiative of Frontiers of Freedom with the goal of preserving America’s fishing resources. Over-fishing is depleting America’s available supply of fishing stocks – leading to rationing, higher prices for consumers, taxpayer bailouts of fisheries, and the heavy hand of government regulation.

Under George W. Bush, the U.S. Department of Commerce began testing the effectiveness of Catch Shares, a market-based program to manage fisheries. Catch Shares allocates a specific portion of a given fishery’s overall quota to fisherman – by individual, by ship, or by other means in lieu of telling them when or how they can fish.

Catch Shares allows flexibility in fishing schedules – something that’s not allowed under current rules – and for fishing incomes to be more stable without having to rely on taxpayer bailouts. Catch Shares give fishermen the freedom to fish.

Catch Shares is a more effective way to manage fisheries because it uses a property-right framework to address what is commonly known as “the tragedy of the commons.” It gives fishermen a stake in their future, a way to forecast their income, and the ability to sell or lease their share to another fisherman if they choose.

Where they have been implemented, Catch Shares have allowed longer but more productive seasons, and increase in revenues, job growth, a reduction in discards of dead and dying fish and an increase in safety. There are some policymakers who want to shut down the Catch Shares program. They want to keep things as they are with continued over-fishing, subsidies and a crushing federal regulatory burden.

Catch Shares is a CONSERVATIVE approach to fisheries management.