Lockheed Martin has announced a plan to purchase Aerojet Rocketdyne.

Often mergers are natural responses to market forces that produce a more capable competitor in the marketplace which can benefit the economy and consumers generally. But sometimes, mergers simply kill off competition and end up creating dependence within the marketplace upon a single provider for certain products or services.

This is the problem with the proposed Lockheed Martin and Aerojet Rocketdyne merger — it will give one company virtual monopoly power over any military technology that involves missile propulsion.

Before this merger goes through, the Department of Defense (DoD) and the Federal Trade Commission (FTC) must complete a review of it and approve it. If they look at the facts and learn from history, they will realize how truly problematic the proposed merger is.

This proposed merger would only exacerbate the problem.Aerojet Rocketdyne has partnered with many of the major defense contractors, including: Lockheed, Boeing, Northrup Grumman and Raytheon. Right now, when the military seeks proposals for missile defense systems, it can go to all of these companies and others and ask them to compete on cost, capability and technology.Each of the competitors could go to Aerojet Rocketdyne for subcontracting help on the rocket propulsion portion of the contract. There isn’t enough high-tech missile rocket propulsion work to justify numerous competitors.

Even if the DoD and FTC require that the new company not use its monopoly power to its advantage, it will. That’s simply how it works. We’ve already seen that.

The DoD and the FTC have ordered other companies to not use the monopoly power that they acquired in a merger, but that doesn’t actually stop them. It just means that they can’t be too obvious about it. They can still give themselves certain competitive advantages in price and cooperation levels.

This limits competition, harms innovation, soaks the taxpayer and in the end endangers our national security.

When it comes to national security matters, buying foreign technology isn’t a smart move and often isn’t even legal. So there is no reason to allow a merger that will reduce competition and give one defense contractor the ability to gain the upper hand in any defense project that involves missile propulsion.

On January 19, 2021, Secretary of Defense Lloyd Austin warnedthat among the weaknesses in our defense sector is “a reliance on sole or single source suppliers, reliance on foreign sources (including adversarial sources) and vulnerabilities to predatory and adversarial capital investments…”

If approved, this merger would only increase the need for prime contractors to look overseas for missile supplies — which is a dangerous direction for national security reasons, and it puts the American taxpayer at additional risk as well. As we saw during the COVID pandemic, being overly dependent on adversarial powers for basic needs is a dangerous place to be.

Additionally, President Biden signed an executive order calling for the federal government to use more U.S.-based suppliers for products. Nowhere is that more important than in the area of defense and national security.

Some defend the merger on grounds that it would increase competition in the space sector. But that is a red herring. This merger is not really about space competition, which is fairly robust with a number of capable players.

Instead, this merger is primarily about hypersonic technology and missile defense. Aerospace industry analyst Andrew Penn came to the same conclusion. This merger is about securing a monopoly.The nation’s security cannot afford a monopoly when it comes to missile defense. The Russians and the Chinese are developing hypersonic missiles that could evade our current defenses.If we want to keep our competitive advantage and protect the nation from the threat of hypersonic missile attack, we will need our best defense companies competing in a robust fashion to come up with innovative and cost-effective solutions. This merger does not make that more likely — in fact, it makes it very unlikely.

Let’s hope the DoD and FTC are paying attention. It isn’t often that a proposed merger could lead to missile attack vulnerabilities, but this is precisely that case.

Russia’s Leader Is Neither A Realist Nor A Nationalist 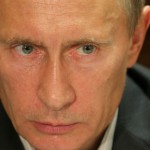 Americans have been grasping to find explanations for Russian President Vladimir Putin’s serial aggressions in Europe. We keep searching for bumper stickers we can understand, so we gravitate to simple explanations like “geopolitics” or “nationalism,” not least because such notions promise solutions. (If it’s about geopolitics, cutting a deal with Putin will stop this; if it’s about nationalism, it’ll burn itself out when Putin has recaptured enough ethnic Russians around his borders.)

And, of course, there’s always “realism.” In this month’s Foreign Affairs, John Mearsheimer argues the Russo-Ukraine war is basically the West’s fault. (We expanded NATO, we supported the Maidan protesters, we were generally just mean to Russia, etc.) END_OF_DOCUMENT_TOKEN_TO_BE_REPLACED