Giving thanks in the midst ofpolitical strife

“Patience: (noun): the ability to bear provocation, annoyance, misfortune, or pain, without complaint, loss of temper, irritation, or the like; an ability or willingness to suppress restlessness or annoyance when confronted with delay” (Wikipedia).

Here we are: The fate of the nation is at stake; we wait helplessly as events slowly develop, triggering a breathlessness in our chests, and the waiting goes on. And then along comes Thanksgiving, exhorting us to give thanks!
“For what?” we think – “for the biggest mess since the presidential election of 1824, when the House elected John Quincy Adams instead of the more popular Andrew Jackson. You gotta be kidding!!”
We feel totally dependent for outcomes on other people. 99% of the general population have not interviewed anyone who is making decisions for the Biden’s or the Congress or the Federal Reserve . We are totally dependent on others for news and views of what is going on in our nation, and we have no means of validating the truth of their claims.
So, with no other choice, we take another look at giving thanks. Surprisingly, there is a great deal of food for thought in that direction. First, we can give thanks for living in a country which seeks to decide fundamental disputes peacefully. We can also be thankful that there is in fact a chance for every citizen to express a choice for all the individuals who will exercise power over our lives, as well as to vote for that choice.
We can be thankful that the nation cares enough about protecting the right to have each citizen’s vote be counted to go through a harrowing trial such as last year’s election results.
There are other life experiences also which merit our gratitude. High on this list is the fact that the American culture we live in so values personal freedom that it is the hallmark of our political identity. Americans will tolerate intrusions on their personal liberty — as the COVID lockdowns have recently demonstrated – but only so far, as the “recovery” has also proven.
This is not a virtue won by anyone now living. but rather one which was formed and passed down to us by those who came before us. Our contribution is to adapt our freedom to contemporary conditions and to pass on an updated sense of our national treasure to those who come after us.
Yes, giving thanks is good for the soul (and the blood pressure!)    Happy Thanksgiving, everybody! 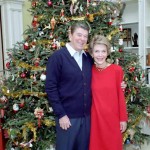 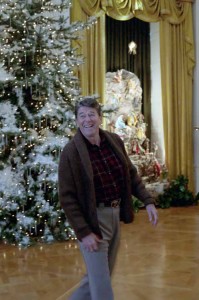 Ronald Reagan believed in Americans. He believed in the promise of America, that Americans possessed the inherent and acquired power to rise to the occasion. This, because of the overt and unique design of the Founders to foster freedom and responsibility. Reagan was optimistic about America’s future. He believed that when freedom flourishes, responsibility and accomplishment would naturally follow. (Sometimes to the astonishment and even delight of our greatest skeptics.) Others assume the opposite; they believe that force or coercion is necessary to accomplish their ends. END_OF_DOCUMENT_TOKEN_TO_BE_REPLACED