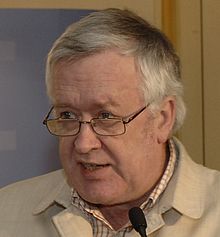 Climate experts have long predicted that temperatures would rise in parallel with greenhouse gas emissions. But, for 15 years, they haven’t. In a SPIEGEL interview, meteorologist Hans von Storch discusses how this “puzzle” might force scientists to alter what could be “fundamentally wrong” models.

Storch: I’m not aware of any studies showing that floods happen more often today than in the past. I also just attended a hydrologists’ conference in Koblenz, and none of the scientists there described such a finding.

SPIEGEL: But don’t climate simulations for Germany’s latitudes predict that, as temperatures rise, there will be less, not more, rain in the summers?

Storch: That only appears to be contradictory. We actually do expect there to be less total precipitation during the summer months. But there may be more extreme weather events, in which a great deal of rain falls from the sky within a short span of time. But since there has been only moderate global warming so far, climate change shouldn’t be playing a major role in any case yet. END_OF_DOCUMENT_TOKEN_TO_BE_REPLACED