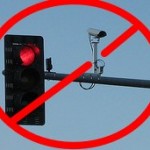 Imagine that. A bunch of cameras installed to increase  revenue by catching everyone speeding caught a whole bunch more people than they should have in New York. It’s almost as if it wasn’t about safety first:

Nassau County of New York is forgiving thousands of speeding tickets issued this summer from malfunctioning speed cameras, totaling about $2.4 million in fines.

The Long Island county executive, Edward Mangano, said cameras from Arizona-based American Traffic Solutions near six schools were unreliable and issued tickets even when school was not in session. Traffic speeds are reduced dramatically during school hours.

“I don’t have a high confidence level that the cameras were operating at statutory levels,” Mangano told Newsday Friday. “So we are declaring amnesty with all tickets issued this summer.”

People who have already paid the $80 ticket fine will receive a refund and all 30,000-plus tickets will be dismissed, Mangano said.

Good on local officials for noticing and doing something about this. But this is just the pilot for a wider program, so things ought to go swimmingly:

Doreen Delach of Bethpage received 11 tickets, totaling $880 — all arriving in her mailbox on the same day this month — for speeding in front of Plainedge Middle School, where the limit is 25 mph. Delach said she was unaware summer school was in session.

“How are we supposed to know school is in session?” asked Delach, 52. “There must be a better way to keep the public informed.”

Jacqueline Peiffer, 67, of Bethpage, who got four tickets totaling $320 at the Bethpage school, called the summer rollout “entrapment. No one in the neighborhood had any idea about this.”

Eileen Fagan, 71, of South Hempstead, agreed. Fagan said she was unaware the cameras were operating when she received four tickets outside Franklin Elementary School.

“It’s a bait and switch,” Fagan said. “They are really taking advantage of the public.”

Hey, Doreen should be able to cough up a mere $880 for her misconduct, right? Pony up, citizen.

American Traffic Solutions, based in Arizona, makes a bunch of these cameras. The company’s system also resulted in a massive ticket forgiveness in New Jersey. The company was not involved, however, in Chicago’s mischief.

The Washington Post notes that with municipalities bringing in these outside contractors, and not necessarily overseeing their work (especially as long as the money’s coming in), you can easily end up with problems. I wonder how many go unflagged:

In some cases, that can become a ‘who watches the watchmen’ sort of problem: In the case of Chicago, some red light cameras that were issuing only one or two tickets a day would suddenly start issuing dozens per day — but no one seems to have flagged it it as a potential problem.

“When you look at the data stream, it just came out and screamed at you,” says Schofer, who helped the Tribune examine the information, which he argues begs the question of why no one noticed the anomalies. Anyone with basic programming skills, he believes, could have written a simple piece of code to raise an alarm when such unusual spikes occurred.

In science, the results of a properly conducted study or experiment can always be reproduced. Though many cite the Insurance Institute for Highway Safety (IIHS) studies on red light cameras as definitive, a new peer-reviewed journal article finds the conclusions did not hold up when subjected to re-analysis. In the latest issue of Health Behavior and Policy Review, University of South Florida (USF) Professors Barbara Langland-Orban, Etienne E. Pracht and John T. Large examine the 2011 IIHS report that claimed automated ticketing machines saved lives nationwide. END_OF_DOCUMENT_TOKEN_TO_BE_REPLACED