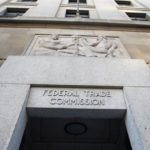 In my recent Defining Ideas article titled “A Refresher Course on Free Trade,” I made the case for free trade. A large part of the economic case is that free trade makes people in the country that adopts it better off than if their government hadn’t adopted it. It makes imports cheaper, allows consumers to get a more varied range of goods, and causes labor and capital to be allocated to areas of the economy where they are most productive.

In the United States in recent years, there have been two main objections to free trade. The first is that when free or freer trade is introduced into a particular sector, producers in that sector, both owners of capital and laborers, will be worse off. Therefore, argue some of the people who make this point, either trade shouldn’t be liberalized or, at least, introduction of trade should be accompanied by government spending to compensate the losers. The second objection is that free trade benefits mainly the wealthy and does little for the workers who are living on the economic edge. The first objection is often true in the short run but almost always false in the long run; it also applies to any economic change whether that change is caused by international trade or purely domestic economic interactions; in short, the objection proves too much. The second objection is simply false.

Still, ten years is a long time. Those who lose jobs can find others at lower wages but they might be employed at these lower wages for at least a few years before they build their skills and earn wages comparable to the ones they lost because of free trade. So one can understand why people who see the benefits of free trade want a government policy to subsidize the losers for a few years. Those who want such subsidies tend to focus on workers who lose their jobs but the same thinking would presumably apply to business owners, including shareholders, who suffer a wealth loss due to free trade.

There are a number of problems with such proposals, though. First, government is notoriously bad at targeting help to groups sorted by their particular circumstances. When politicians sense a gravy train coming, they tend to lobby their colleagues to include other groups and causes. We saw this with the initial Biden proposal for infrastructure. It included a large amount of money for activities that have never been considered to be infrastructure, activities like day care.

Second, there is nothing special about free trade. Indeed, in a large economy like that of the United States, most trade is not across borders but is between people within the US borders. In 2019, imports were about 14.6 percent of gross domestic product. That sounds high, and is high, but that number confirms that most trade in the United States is between and among people in the United States. When a new technology or even a new way of running a business helps consumers, it also destroys many businesses and hurts workers who lose their jobs or who must work at a lower pay to keep their jobs.

We don’t need to go back far to see such examples. When I taught in the business school at the University of Rochester in the late 1970s, some of my evening MBA students who worked at Kodak called it the “big yellow money machine.” Kodak was riding high on the technology that innovator George Eastman and his successors had created and perfected. But digital cameras in the 1980s and 1990s and, later, cell phones that got better and better at taking still shots and movies, virtually destroyed the market for Kodak’s product. It’s true that part of the causes was international trade in cell phones. But even without cell phones from other countries, US cell phone producers were plenty capable of competing Kodak into bankruptcy.

Are the Rich the Main Gainers from International Trade?

But the bottom line is that all of the gains, not merely from trade but from economic growth, have been concentrated in the hands of a relative few.

I was surprised when I read that. Historically, the opposite has been the case. Before considering recent history, let us turn to the famous repeal of the British Corn Laws, which happened in June 1846. The Corn Laws disallowed the import of wheat (which the British called corn) unless the domestic price of wheat hit a very high level. In practice this meant that imports of wheat were effectively banned. Because lower-income people spent a much higher percent of their income on food than higher-income people did, repeal of the Corn Laws helped low-income people disproportionately. Those who lost were primarily rich owners of agricultural land who, after 1846, had to face competition from other countries.

In a recent discussion to celebrate the 175th anniversary of the repeal of the Corn Laws, British historian Steve Davies of the Institute of Economic Affairs in London put it well. The successful popular campaign to repeal the Corn Laws, he observed,

fixed in the minds of the British working class in particular, right up to the present day, the profound belief that free trade is good for the poor and the working man and woman and that protectionism is basically a conspiracy by the rich and special interests to screw over the working class.

Now let’s turn to recent history, which is quite consistent with the nineteenth-century British history.

Although trade may hurt various low-income people in their role as competing workers, it helps lower-income people, as consumers, proportionally more than high-income people. The reason is that the particular goods that are traded tend to be those that are a larger proportion of a lower-income household’s income. Think about who shops at Walmart and where Walmart buys many of the items it sells. Lower-income people are disproportionately represented among Walmart shoppers and many of the items, typically low-end, that Walmart sells are imported, especially from China. In an article in the Quarterly Journal of Economics, UCLA economist Pablo D. Fajgelbaum and Columbia University economist Amit K. Khandelwal lay out the facts about the gains from trade.

In many cases, moreover, those who lost their jobs due to the opening of trade had had substantially higher incomes than the lower-income people who made out big from trade. Consider the case of clothing. The US economy lost 650,000 apparel jobs between 1997 and 2007, which was the period during which Chinese imports increased so rapidly. Not all of those people found jobs at a pay as high as they earned before. That’s the downside. The upside is that, with the increase in international trade, clothing became much cheaper. In his book The Rise and Fall of American Growth, Northwestern University economist Robert J. Gordon reports that between 1980 and 2013, clothing prices fell by an annual average of 2.6 percent. Compounded over the period from 1997 to 2007, that’s a 24 percent drop. The actual drop is probably even more because the opening to China brought down clothing prices annually even more quickly than the average annual drop from 1980 to 2013.

For 2019, the latest data available, households in the bottom two quintiles, which is about 53 million households, spent an average of $1,032 per year on clothing. That’s out of an average after-tax income of $22,591. So they spent 4.6 percent of their income on clothing. Because clothing prices fell over that time, they would have bought more clothing at the lower price. So we will understate their gain if we assume that they were insensitive to price and bought the same amount of clothing that they would have at the higher pre-expanded-trade price. Even assuming no further drop in clothing prices after 2103, the 24 percent drop in price was important for a household with such limited means. The clothing they would have bought in 1997 would have cost an inflation-adjusted amount of $1,358.  So the average family in the two bottom fifths of the income distribution saved $326 on clothing alone. Over 53 million households, that is a gain of about $17.3 billion. Assuming that the 650,000 people who lost their jobs lost as much as $10,000 each per year, which is probably an overestimate, their loss was $6.5 billion, which is less than 38 percent of the gain. Moreover, the average worker in a clothing factory in the United States, along with her or her family, almost certainly earned more than $22,591, the average income of the bottom two-fifths.

There may be other objections to free trade but two objections fail. First, even though some people lose in the short run when trade is made freer, almost everyone gains in the long run. Second, those who gain disproportionately from free trade are lower-income people, not higher-income people. 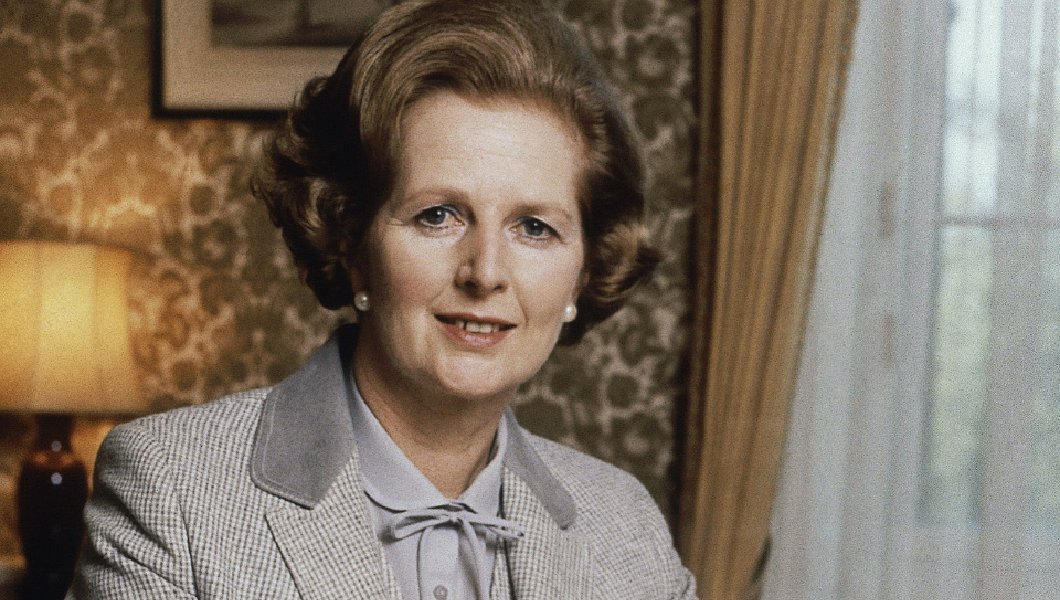 As a result, the ordinary American businessman who was once a virtual king of all he or she surveyed has been forced to turn to the courts to seek relief from the stranglehold that regulatory agencies, legislative bodies and the do-gooders among us have on American small business. END_OF_DOCUMENT_TOKEN_TO_BE_REPLACED

On behalf of the more than 276 thousand members and supporters of Frontiers of Freedom, I am writing to ask that as you consider reauthorizing the Satellite Television and Extension of Localism Act (STELA) this year, to preserve the foundations of the current retransmission consent negotiation process. We oppose any changes to the structure in place which guides how cable and satellite television providers negotiate with broadcasters for their content and signal.

Specifically, Frontiers of Freedom opposes the inclusion in STELA of provisions which would preclude joint negotiations between broadcasters and pay television providers or broadcasters and advertisers; arbitrarily change ownership rules; alter the basic-tier or buy-through carriage provisions; or regulate how broadcasters negotiate for their signal and content with both Internet service providers and pay-tv providers. END_OF_DOCUMENT_TOKEN_TO_BE_REPLACED

Falling income and employment is becoming the new normal

Fewer Americans will be returning to the work force after the traditional Labor Day holiday. Labor force participation is at the lowest point since the malaise of the Carter presidency. President Obama’s economicpolicies have guaranteed a lower standard of living for Americans.

A recent report by Gordon Green and John Coder of Sentier Research paints the disturbing picture. On the whole, we’re less well off than we were 13 years ago. Our median income, currently $52,000, is 7 percent lower than it was in 2000, using constant dollars. It’s an especially tough punch in the gut to our youth, who’ve seen nearly 10 percent of their income evaporate. Nearly every other demographic category — married or single, man or woman — has been hit. END_OF_DOCUMENT_TOKEN_TO_BE_REPLACED