If President Joe Biden gets his way, the business of filing taxes in 2022 will be more complicated, more expensive, and more progressive than they’ve been in about 40 years.

Biden didn’t say much about taxes during the 2020 campaign besides his promise that those making less than $400,000 a year would not see their tax bill rise by “one thin dime.” The proposals he’s put forward as “payfors” for infrastructure, COVID relief, and other new spending programs are riddled with new taxes and hike existing levies to the point one can safely say the era of “tax and spend” has returned, in a punitive, almost vengeful way.

As the Committee to Unleash Prosperity observed Monday in its free daily Hotline, the top 5 percent of U.S. income earners pay half of all income taxes while the top 1 percent – the left’s favorite whipping post – pay more than 40 percent of the total tax intake. Meanwhile, as the chart below shows, the bottom half of income earners have an effective federal tax that’s close to zero – even when payroll and gasoline taxes are factored in. Quoting the Cato institute’s Chris Edward, “Joe Biden’s comments about the rich having low rates are clearly off base. The highest earners have tax rates twice the income of those in the middle and almost ten times the rates at the bottom.”

Biden’s plan to “soak the rich” is more about politics than economics. The numbers don’t add up and, if his tax cuts are enacted at the same time the United States is trying to emerge from a prolonged, lockdown induced recession, the results could be inflationary and job-killing rather than spark renewed growth in the economy as the 2017 Tax Cuts and Jobs Act did. Nonetheless, the Democrats are, as a party, committed to TCJA’s repeal in its entirety and, in the process, violate Biden’s campaign pledge.

Republicans on the House Ways and means Committee said Monday that if Biden gets his way on TCJA, it will do families “real harm” even at the median income level. A family of four with a household income of $73,000 could expect to see its federal taxes increased by $2,000. A single parent with one child should plan to pay $1,300 more.

Additionally, the committee said, the child tax credit would be cut in half as would the standard deduction, millions of middle-class households would again have to pay the Affordable Care Act individual mandate tax, and the American corporate tax rate would once again become the highest in the industrialized world.

The policies of tax and spend reached their apex in the 1970s under Jimmy Carter. America literally can’t afford to go back. The inflation alone would have a potentially ruinous impact on government discretionary spending. No Democrat who claims to be a moderate could go along with Biden’s plan to undo any part of tax-cutting, job-creating law Congress passed in 2017 – especially given what the president has planned for phase two. The prudent force forward is to keep the rates where they are, reduce overall federal spending, and let the U.S. economy boom. There will be plenty of money later to do the things we’ve already put off doing over the last four years, economists say, once the country is flush again.

Congress Should Pull the Plug on Electric Vehicle Tax Credits

“This proposal is essentially reverse Robin Hood… Billions of dollars coming out of the pockets of working people and working families and it is transferred to the most fortunate in our country.”

Although those words from career politician Ron Wyden were intended to deride a Republican policy he opposed back in March of 2017, they instead perfectly describe a proposal he himself put forth in March of 2020. Senator Wyden recently sponsored an amendment to save taxpayer-funded subsidies for luxury electric vehicles [EVs] often enjoyed by ultra-rich multimillionaires like himself.

For more than a decade, the working people and working families that Senator Wyden claims to fight for in Washington have collectively been forced to help contribute up to $7,500 for every EV sold in America – that is, until each manufacturer sells 200,000 units. As one of Wyden’s Senate colleagues, Wyoming’s John Barrasso, notes, between 2011 and 2017, EV buyers therefore received a total of $4.7 billion in tax credits. The bipartisan Joint Committee on Taxation, meanwhile, estimates that the credit will cost taxpayers $7.5 billionbetween FY2018 and FY2022 alone in its current form.

Given the tremendous amount of taxpayer assistance the industry has already received, its response to the foregoing phase-out period should be rooted in gratitude rather than greed. But these billions are apparently insufficient for colossal electric car corporations hoping to sustain their taxpayer-funded windfall from Washington for as long as professional politicians like Ron Wyden will permit. Accordingly, in an act of total contempt for his middle-class constituents, Senator Wyden is working to deliver an additional $16 billion to these carmakers’ coffers over the course of the next decade – a product of the industry’s relentless lobbying push to lift the aforementioned limit up to 600,000 units as more and more EV manufacturers prepare to join giants like General Motors and Tesla in outselling their caps.

While a $7,500-per-vehicle tax credit may sound like pocket change to the sixteenth richest lawmaker in the United States Senate – back in 2016, Wyden had an estimated net worth of nearly $10 million – it is a significant sum to the working people who must subsidize the purchases of his prominent pals in the top 1 percent. Yet, this precise group of people is priced out of very luxury cars they help finance as “the median price for electric vehicles is roughly $20,000 more than the median price of gas-powered cars.” Per a recent reportreleased by the nonpartisan Congressional Research Service – which is widely considered to be Congress’s think tank – “EV tax credits are disproportionately claimed by higher-income taxpayers.” More specifically, “most of the tax credits (78%) are claimed by filers with adjusted gross income (AGI) of $100,000 or more, and those filers receive an even higher proportion (83%) of the amount of credits claimed.”

Additional data about the income demographics of those who most frequently claim the credit make clear that EVs are taxpayer-funded toys for wealthy people like Wyden:

– A 2018 Pacific Research Institute study found that “79 percent of electric vehicle plug-in tax credits were claimed by households with adjusted gross incomes of greater than $100,000 per year”;

– The 2017 U.S. Department of Transportation’s National Household Travel Surveyrevealed that “about two-thirds of households with [battery electric or plug-in hybrid electric vehicles] have incomes higher than $100,000”;

– In a 2017 CarMax/CleanTechnica survey, 17 percent of households with EVs – the largest share of any income bracket – earned $200,000 or more the previous year; and

– Energy economists at the University of California, Berkeley concluded that “the top income quintile has received about 90% of all [Qualified Plug-in Electric Drive Motor Vehicle Credits].”

Setting aside the EV subsidy program’s disturbing proneness to fraud and abuse – late last year, a government watchdog concluded that “bogus electric vehicle tax credits” cost taxpayers tens of millions of dollars – it can clearly be called a failed subsidy program because of the disparity between those who are fortunate enough to claim the credit and those who are compelled to contribute to it. As Senator Wyden so aptly put it, “this proposal is essentially reverse Robin Hood” because it redistributes precious resources from working people to the wealthy; from his middle-class constituents to massive EV corporations.

Eliminating, rather than extending or enlarging, the EV tax credit is clearly the proper course as Congress considers its path forward. Let’s pull the plug on this welfare program for the most affluent among us. 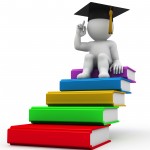 Through Saturday it’s National School Choice Week, an annual nonpolitical effort to increase visibility and positive feelings about the idea of families having the primary power to control their kids’ education. Beginning in 2011, President Obama recognized the week, and this year President Trump did, too.

The last approximately five years saw a marked increase in states finally opening the doors to voucher and other parent choice programs after more than 50 years of free-marketers’ advocacy. Although it descends from Founding-era school funding arrangements, Nobel Prize-winning economist Milton Friedman was the most significant modern thinker to develop and advocate the concept, most notably with a seminal 1955 essay.

But it took 56 years of making this case to lawmakers and the public before state legislatures’ successful activity on the matter prompted the Wall Street Journal to dub 2011 “The Year of School Choice.” That year, 13 states passed significant education choice measures. The WSJ, however, may have used the moniker too soon, as in 2012 and 2013 state legislatures followed with a fresh bevy of choice program establishment and expansions, to the point that today the majority of states offer some kind of parent-choice program, and many offer several.

Since 2013, however, legislative activity on this matter has slowed. END_OF_DOCUMENT_TOKEN_TO_BE_REPLACED 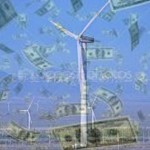 Crony capitalism plans are so lucrative for a select few that they are hard to kill. Those who get rich make generous campaign contributions, hire lobbyists and run massive public relations propaganda campaigns, using the billions of our tax dollars that they receive.

One “temporary” measure — the wind-energy production tax credit (PTC) — has received eight “temporary” extensions since 1992 and now backers want to add several years more. After 20 years of soaking taxpayers for billions of dollars in subsidies and raising electric bills, it’s overdue for the PTC to end. It expired at the end of 2013, yet some lawmakers want to give it new life, plus an additional $18 billion, during the postelection lame-duck session of Congress. END_OF_DOCUMENT_TOKEN_TO_BE_REPLACED