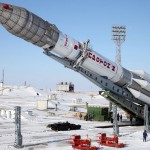 The news is replete of reports of Russia developing new missile systems, escalating a war in Ukraine, selling missile technology to Iran, and intercepting US jets in provocative ways. In this perilous environment, it is easy to see the folly and danger of dealing with these serious risks by unilaterally disarming. The behavior of Russia, China, Iran, North Korea and organizations like ISIS make it obvious that unilateral disarmament only invites more bad behavior and puts America at risk.

This important lesson applies to the economic world as well. International trade is an important economic engine for American jobs and American prosperity. But most nations heavily subsidize their own industries to make their products cheaper and more appealing in the international marketplace. That harms American jobs and stifles American prosperity. In this environment, economic unilateral disarmament makes no sense.

Yet, that is precisely what some assert we should do when they argue we should abolish the Export-Import Bank. END_OF_DOCUMENT_TOKEN_TO_BE_REPLACED 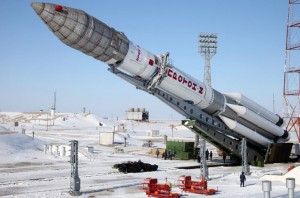 What the Ploughshares Fund is actually doing with its proposed budget cuts, it appears, is trying to camouflage the objectives of permanently disarming America of key parts of its nuclear capability.

Describing the U.S. nuclear force structure as a “Cold War relic” says nothing about whether the force is still needed. Oddly, the nuclear cuts being proposed do not require any reciprocal Russian reductions.

Cutting $20 billion a year from the current U.S. nuclear deterrent would require killing all modernization, plus all the work of extending the life of nuclear warheads. In 20 years, the U.S. would be left with no effective nuclear deterrent, while China, Russia and North Korea are modernizing their nuclear deterrents across the board.

“You have to invent a ‘Dragon’ to slay.” — U.S. Rep. Norm Dicks, explaining how to kill defense programs.

In Washington, a delay often has the same impact as killing a program.

It has been 33 years since the U.S. last embarked on a nuclear modernization program. END_OF_DOCUMENT_TOKEN_TO_BE_REPLACED 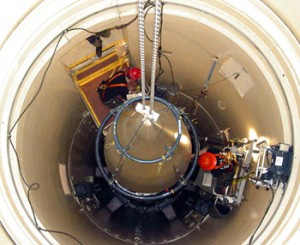 In their preview of their April 27, 2014 show CBS 60 Minutes worried that our ICBMs could not be recalled if launched and since they were deployed in known locations might better be eliminated. In so doing, they joined a long parade of efforts to diminish our nuclear deterrent, but they did so ironically just at a time when world geostrategic events, if anything, require a stronger and more effective American deterrent.

At the height of the Cold War, the “nuclear freeze” was enthusiastically praised at the time by then White House correspondent Leslie Stahl, now a senior correspondent with 60 Minutes that hosted this new piece on ICBMs.

The “Freeze” activists at that time included “Fate of the Earth” author Jonathan Schell, “Day After” director Nicholas Meyer, and “nuclear winter” scientific-spokesperson Carl Sagan. All wrote about an apocalyptic future if the US continued to modernize its nuclear deterrent forces and relied on the Reagan policy of “peace through strength”. END_OF_DOCUMENT_TOKEN_TO_BE_REPLACED

As world leaders gather in Europe to discuss in part the further lock-down of loose nuclear material as well as how NATO and its friends should move to protect Ukraine and eastern Europe from further Russian predation, we should understand a few important points.

The nuclear summit is looking to “cooperative” countries to secure nuclear material. Its efforts are important. But the bigger picture gives us an unsettled view of the nuclear landscape.

Let’s review where we are.

The US has moved from over 13,600 deployed strategic (delivered long distances) nuclear weapons in the late 1980s prior to START I taking effect to now around 1550. That is a 90+% reduction.

The Intermediate Nuclear Forces agreement in 1987 eliminated an entire class of nuclear weapons deployed by both the US and the Soviets throughout eastern Europe and in Asia. END_OF_DOCUMENT_TOKEN_TO_BE_REPLACED

Looking the other way while Russia violates missile treaties

Two senior House leaders on Friday requested an investigation by Congress’ General Accountability Office (GAO) into the State Department’s failure to report Russian violations of a 1987 nuclear missile accord.

“It is clear from my subcommittee’s oversight that the administration did not fully disclose what it knew about Russian arms control violations when it was trying to get the New START treaty ratified,” said Rep. Mike Rogers (R., Ala.), chairman of the House Armed Services subcommittee on strategic forces.

“Its all-consuming drive to protect its Russia reset policy has gutted our missile defenses, alienated allies, and only encouraged Vladimir Putin’s lawlessness,” he said in a statement. END_OF_DOCUMENT_TOKEN_TO_BE_REPLACED 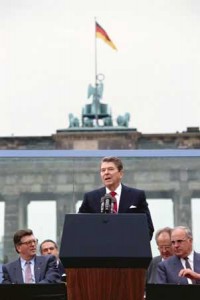 The same could be said for an international trade issue currently facing Congress that has garnered much political debate. END_OF_DOCUMENT_TOKEN_TO_BE_REPLACED