Americans are anxious to get back to work and to send their children to school. The science backs them up. We have learned a lot over the past months, and we are putting that knowledge to use. We are capitalizing on the advanced capabilities that we have developed, as we redouble our efforts to protect vulnerable populations and deliver new and effective treatments in record time.

Here’s what we now know:

We know who is at risk. Only 0.2 percent of U.S. deaths have been people younger than 25, and 80 percent have been in people over 65; the average fatality age is 78. A JAMA Pediatrics study of North American pediatric hospitals flatly stated that “our data indicate that children are at far greater risk of critical illness from influenza than from COVID-19.”

We may see more cases as social interactions pick up, because this is a contagious disease. However, the overwhelming majority of cases are now occurring in younger, low-risk people — decades younger, on average, than seen in the spring. And the vast majority of these people deal with the infection without consequence; many don’t even know they have it.

While we saw more cases in July and August, we are not seeing the explosion of deaths we saw early on. An analysis of CDC data shows that the case fatality rate has declined by approximately 85 percent from its peak.

That is partly because we are much better now at protecting our most vulnerable, including our senior citizens. States have learned from those that experienced outbreaks before them, and they have implemented thoughtful policies as a result.

We are doing much better with treating hospitalized patients. Lengths-of-stay are one-third the rate in April; the fatality rate in hospitals is one-half of that in April. Fewer patients need ICUs if hospitalized, and fewer need ventilators when in ICUs.

We are progressing at record speed with vaccine development. This is due to eliminating bureaucracy and working in partnership with America’s world-leading innovators in the private sector.

Despite these gains, our economy has yet to fully reopen. At least 16 states have travel warnings and quarantines in place that are not consistent with Centers for Disease Control and Prevention (CDC) guidelines; in most states, retail stores are limited to pick-up or reduced shopping capacity. Even in states where cases are low, restaurants are often take-out only, and 42 states and territories have seating capacity limited to 25 percent or 50 percent. Fitness centers and gyms have largely reopened, but at reduced capacity.

Beyond those business limits, schools in many cities and states will be opened this fall on a delayed or limited basis. According to the U.S. Department of Education’s tracking, of 5,425 major school districts (about one-third of districts nationwide), almost half plan to operate on hybrid models and another 20 percent plan to operate online-only. That not only harms children, it prevents many parents from working.

A key – but flawed – assumption driving these restrictions is that the number of cases is the most important metric to follow. Yet, whatever effect these restrictions may have on cases, they don’t eliminate the virus. And they impose harms on the country and its citizens, particularly when they require the isolation of large segments of the low-risk and healthy, working populations.

Unlike his critics, who have focused on the wrong goal and engaged in unfounded fear-mongering, President Trump has been implementing a three-pronged, data-driven strategy that is saving lives while safely reopening the economy and society, averting the disastrous calamities of continued lockdown.

First is protecting the high-risk group with an unprecedented focus. This is being done by relying upon highly detailed, real-time monitoring; a smart, prioritized, intensive testing strategy for nursing home staff and residents; deployment of massive extra resources, including point-of-care testing, personal protective equipment (PPE), infection control training and rapid mobilization of CDC strike teams for nursing homes; and extra PPE and point-of-care testing for the environments with elderly individuals outside of nursing homes, like visiting nurse in-home care and senior centers.

Second, we are carefully monitoring hospitals and ICUs in all counties and states with precision to prevent overcrowding, and rapidly increasing capacity in those few hospitals that may need additional personnel, beds, personal protective equipment (PPE) or other supplies.

Third, we are leveraging our resources to guide businesses and schools toward safely reopening with commonsense mitigation measures. We must safely reopen schools as quickly as possible, and keep them open. The harms to children from school closures are too great to accept any other outcome.

While the lockdown may have been justified at the start, when little data was known, we know far more about the virus today. It’s time we use all we have learned and all we have done to reopen our schools and our economy safely and get back to restoring America.

Dr. Fauci, Not PETA Should Determine How We Find a COVID-19 Cure 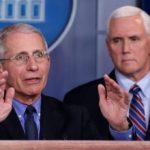 Congress just passed an economic package designed to inoculate the American economy from the devastating impacts of the coronavirus. At the same time, medical experts are working around the clock to develop treatments to help people recover from the virus as well as vaccines to prevent it from infecting people in the future.

There is some concern that once the current emergency has passed the coronavirus could make a comeback each year like the flu itself. Developing a vaccine therefore will likely be a key part of preventing the future spread of this virus.

Dr. Anthony S. Fauci, now famous for his role in the daily White House COVID-19 briefings, has been the Director of the National Institute of Allergy and Infectious Diseases since 1984. Dr. Fauci has overseen research during his tenure to prevent infectious diseases like HIV/AIDS, tuberculosis, malaria, Ebola, Zika, and now the Coronavirus. He recently emphasized how critical safety is when developing new medicines noting:

“The issue of safety is something I want to make sure the American public understands…Does the vaccine make you worse? You can get a good feel for that in animal [testing].”

Dr. Fauci makes the important point — science, medical ethics and human decency require animal testing for safety so that in our attempt to help, we don’t accidentally make things worse.

But there are voices that oppose Dr. Fauci. They oppose sound science. They oppose medical ethics. And they oppose basic human decency. One such group, the poorly named “People for the Ethical Treatment of Animals” (PETA), oppose any and all animal testing and have tried to shut down testing and testing facilities.

PETA has mounted a pressure campaign to get airlines to not transport medical research animals. Unfortunately that means they are standing in the way of ethical and legally required research that will stop the coronavirus (and other diseases like cancer, diabetes, and heart disease) from killing those we love.

PETA’s president and co-founder, Ingrid Newkirk, admitted: “Even if animal research resulted in a cure for AIDS [or cancer or other horrible diseases], we’d be against it.” PETA’s supporters have filed comments with the Department of Transportation hoping to shut down any medical research with animals by blocking their transportation. One representative comment said: “Stop experimenting on animals. Experiment on your children and mothers instead.” Then the commenter called those who reject the idea of mothers and children being used in medical testing “a bunch of barbarians.” Let that sink in for a moment. These people are unhinged extremists and their political agenda is dangerous!

Rather than stand up to these radicals some U.S. airlines, like United, have willingly accepted their demands hoping to avoid social media attacks on their brand. They now refuse to assist American research companies – the very companies we now are relying on to develop a cure for COVID-19 – in transporting badly needed research animals.

This comes despite PETA’s own horrible track record on animals. For example, in Virginia, PETA activists were charged with criminal animal abuse. It turns out that animals that were intended for adoptions were abused and then killed in 95.3% of cases— for an entire decade! Simply put, PETA’s moral compass is broken. Whether you’re talking about human lives or animal lives, PETA cannot be trusted.

Now, America needs reliable, ethical medical research more than ever before. We need to ensure that we have the desperately needed medical treatments to cure those suffering with coronavirus, and in the near future safe, effective vaccines to provide immunity. PETA stands in the way and hopes to prevent this important progress. And the airlines that have caved to PETA’s pressure campaigns unwittingly harm America and put us all at greater risk.

Given that Americans have just provided billions in financial relief to the airlines, it isn’t too much to ask that the airlines help those doctors and scientists working to find cures by not caving in to PETA’s pressure campaigns. And for the record, the airlines aren’t asked to deliver medical animals for free. Medical research facilities pay top dollar and the airlines can collect hundreds of millions of dollars transporting medical animals to research facilities. So, not only could airlines make some additional money at a challenging time, but they could help America find the cures that we desperately need.

America’s best research facilities are racing to find cures, vaccines, and treatments to combat the Coronavirus. But if researchers cannot test these cures — in a supervised and ethical way — tens of thousands of people could die. And long after the coronavirus is gone, the need to find other cures will persist.

Therefore, we must stand up to the extremists at PETA. And we must demand that airlines stop caving to PETA’s pressure campaigns. Americans have helped the airlines — and now it is their turn to show that they want to help America by facilitating the transportation of medical research animals. 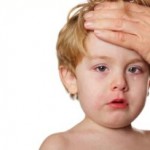 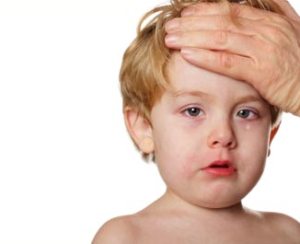 Recently there have been reports of a “new” condition as reported in various journals and recent publications regarding an outbreak nationwide of acute flaccid myelitis in children.

In the past, this syndrome was invariably caused by an infection of 1 of the 3 types of polio virus. The mere mention of polio virus raises concerns among the American population, as well as physicians who are used to practicing in the 1950s into the 1960s. There are illnesses that clinically resemble polio virus infection that is polio, which may be caused by other Enteroviruses. These include Coxsackie viruses groups A and B, Japanese Encephalitis Virus, West Nile Virus, and now the cases of acute flaccid myelitis seen in children. There have been a number of deaths reported nationwide. This particular illness is thought to be related to an Enterovirus 68. That link is still being confirmed. END_OF_DOCUMENT_TOKEN_TO_BE_REPLACED