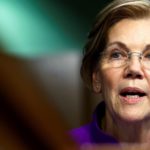 Ocasio-Cortez is considered to be “one of the most important endorsements in America,” and Warren’s immediate support of her latest policy marks another attempt to win the freshman congressman’s nod of approval. Warren’s quick embrace of Ocasio-Cortez’s plan is the latest sign of the social media superstar’s policy impact on the Democratic presidential field.

Ocasio-Cortez’s proposal, consisting of six separate bills, calls for the expansion of welfare. Bills three and four make it illegal for the federal government to deny welfare benefits to ex-convicts and illegal immigrants. The legislation does not address how to pay for the rising cost of welfare, nor does it explain how it would accomplish its goals.

“It’s been really hard for me to find housing. I have the money to move places and stuff, but they deny me for my felony history. It’s not right,” a man with a face tattoo said in the legislative package’s announcement video.

Ocasio-Cortez’s second bill, titled “The Place to Prosper Act,” calls for federal rent control by imposing a 3 percent national cap on annual rent increases. Similar legislation has failed at the local level amid concerns that such policies increased housing prices while limiting supply. A recent study by the American Economic Association found that San Francisco rent control policy “drove up market rents in the long run, ultimately undermining the goals of the law.” The Council of Economic Advisers found that in 11 metropolitan areas with housing regulations, deregulation would reduce homelessness by an average of 31 percent. More than 80 percent of economists surveyed by the University of Chicago in 2012 found rent control to be bad policy.

Ocasio-Cortez’s proposal also includes an official poverty guideline that accounts for “new necessities,” such as internet access, while the fifth bill creates a “worker-friendly score” based on union membership and other factors that would be used to evaluate or award government contracts.

A Just Society is Ocasio-Cortez’s latest major policy initiative since introducing the Green New Deal, a $94.4 trillion environmental policy proposal that would have no effect on the environment.

To date, only Warren has endorsed “A Just Society.” 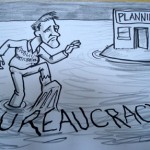 Unfortunately, that’s increasingly the problem, all around the world. A recent New York Times piece tells the story of a Greek woman’s efforts to survive that country’s financial collapse. After losing her job, she tried to start a pastry business, only to find the regulatory environment impossible. Among other things, they wanted her to pay the business’s first two years of taxes up front, before it had taken in a cent. When the business failed, her lesson was this: “I, like thousands of others trying to start businesses, learned that I would be at the mercy of public employees who interpreted the laws so they could profit themselves.” END_OF_DOCUMENT_TOKEN_TO_BE_REPLACED 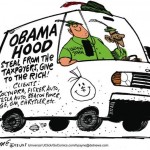 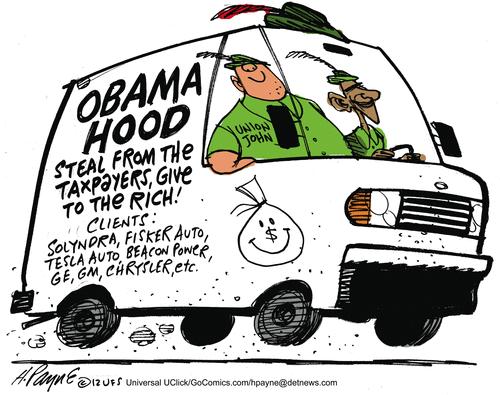 But this is no grand shift. Obama has been playing Robin Hood since Day One. All his major initiatives have been built on soaking the rich. END_OF_DOCUMENT_TOKEN_TO_BE_REPLACED

A new study by the Cato Institute found that in many states, it does indeed pay better to be on welfare than it does to work. END_OF_DOCUMENT_TOKEN_TO_BE_REPLACED

“‘This is painful for a liberal to admit,’ admits Nicholas D. Kristof, a Times columnist… ‘but conservatives have a point when they suggest that America’s safety net can sometimes entangle people in a soul-crushing dependency. Our poverty programs do rescue many people, but other times they backfire.’ Do tell.” 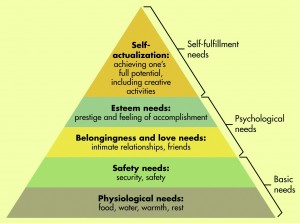 Reason No. 1 not to tremble at the prospect of liberal ascendancy, world without end: Liberalism doesn’t work. At any rate, not the way liberals commonly suppose it’s going to work when they devise enormous taxpayer-funded, government-run programs, minimally connected, if at all, to the realities of human existence.

An article in the Dec. 9 New York Times, of all places, gleams in the darkness of the present political moment as the Obama administration works to rub away resistance to its vision of an all-encompassing federal government. “This is painful for a liberal to admit,” admits Nicholas D. Kristof, a Times columnist who, oddly, doesn’t see his job as requiring regular trashing of conservatives, “but conservatives have a point when they suggest that America’s safety net can sometimes entangle people in a soul-crushing dependency. Our poverty programs do rescue many people, but other times they backfire.” Do tell. Kristof’s careful examination of anti-poverty programs in Appalachia presents a viewpoint far more nuanced than, say, a Barack Obama speech urging the overhaul of capitalism. He finds that giving people too much free money for too long can create disincentives to live non-dependent lives. He talks about parents who pull illiterate kids out of literacy programs to avoid forfeiting a $698 monthly Supplement Security Income check meant to “help” the intellectually disabled. END_OF_DOCUMENT_TOKEN_TO_BE_REPLACED