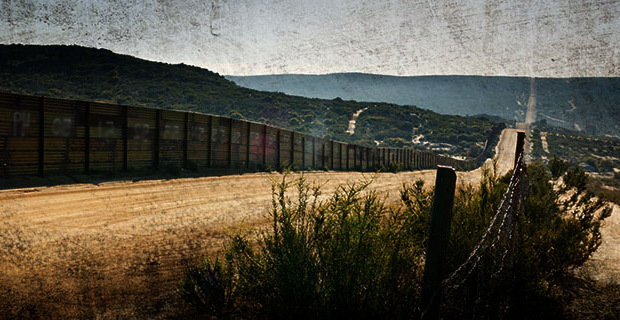 Steven McCraw, director of the Texas Department of Public Safety, which supervises the Texas Highway Patrol and State Troopers, warned Sunday at an annual Texas Border Coalition meeting that vulnerabilities at the southern border may leave Americans open to a possible terrorist attack.

“[I]ndividuals that come across the Texas/Mexican border from countries with a known terrorism presence and the answer to that is yes,” McCraw stated over the weekend when asked if any suspected ISIS terrorists had yet infiltrated the border.

“We have individuals that we’ve needed to debrief in Pashto/Dari,” the director said, referring to two languages spoken in Afghanistan. “Not a lot of Pashto and Dari speakers around.”

“But you can’t think about the last attack; you have to think of the next attack and where our vulnerabilities are,” the director added. “So, we’re concerned about that.”

Earlier this year, the Texas DPS released a declassified report citing terrorism and other national security threats as justification for increasing police and surveillance presence along the southern border.

The report, detailing the costs and effectiveness of former Governor Rick Perry’s “Operation Strong Safety” – which sent additional Texas Troopers to the Rio Grande Valley amid last year’s immigration surge – also revealed how people from countries with a “terrorism presence” had been encountered.

“An unsecure border with Mexico is the state’s most significant vulnerability as it provides criminals and would-be terrorists from around the world a reliable means to enter Texas and the nation undetected. This is especially concerning today, in light of the recent terrorist attacks and schemes around the world,” the report states.

“Illegal aliens from countries documented by the U.S. Department of State as having a known terrorism presence continue to be smuggled into and throughout Texas and the nation on a regular basis, and it is impossible to determine how many of these individuals have actually entered the U.S. undetected. Texas leads the nation in the apprehension of ‘special interest aliens’ (SIA), and there is a legitimate concern that terrorists from around the world could exploit our country’s porous Southwest border to enter the U.S. undetected, if they have not done so already.”

In the past few years, Infowars has illustrated on numerous occasions the complete lack of border security, from Arizona to Laredo, Texas.

In July 2014, reporter Joe Biggs showed how anyone wanting to enter the US could easily do so by negotiating steel barricades serving as a makeshift boundary in Hereford, Arizona:

Just miles from El Paso, Texas, Biggs in September 2014 also demonstrated how someone could easily walk across a shallow part of the Rio Grande River, and did so dressed in ISIS attire to prove how terrorists could easily invade:

While filming a report on the banks of the Rio Grande River, which forms the Texas-Mexico border, near Laredo, Biggs and cameraman Josh Owens also documented in real time smugglers swimming to the US transporting several large packages: