Freedom Centers Constitutional and Political Freedom The Age Of The Useless Idiots ...

The Age Of The Useless Idiots 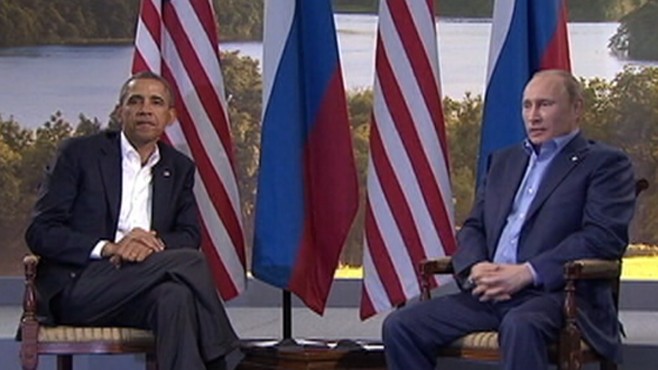 From the beginning of the 21st century the world has lived through the confusing years of violent counter revolutions against freedom, the rule of law, and the republican/democratic form of government across the globe. Adding the insult of lies, distortions and dishonesty to the injury of boundless intellectual stupidity, the inhabitants of the earth have been subjected simultaneously to international instability and chaos coupled with rapidly escalating domestic political and social upheavals.

Since the terrorist attack of 9/11, the tragedy of the United States of America has been the relentless fight of a globalist minority to force a pseudo- communist, so-called liberal/progressive agenda on the majority, and the majority’s desire to preserve and develop the democratic promise of America both at home and abroad. The former want Americans to believe that ubiquitous happiness could only be achieved through an omnipotent government empowered by high taxes, unilateral disarmament, intellectual despotism through the suppression of free speech and the banishment of religion, lawlessness through the promotion of open borders, illegal immigration, the sheltering of criminals, sexual permissiveness — all in the name of the God of social justice and fake individual freedom.

Yet, the truth is that this kind of political and social justice has nothing to do with unconditional love toward humanity or any reasonable and viable global strategy. On the contrary, it has everything to do with a frontal attack on the legitimacy of all democratically elected governments in the West. Thus, it is hoped that the frenzied and hysterical assaults on these governments, aimed at engendering hatred and the spirit of revolt in societies, would put the instigators in a commanding position. In such a situation, democratically elected governments would overreact and begin to oppress and terrorize their citizens.

Meanwhile, the result is that the United States of America today resembles the tower of Babel, in which everyone closes his or her eyes and ears, and repeats ad nauseum his or her opinions and ideas. The inevitable sequence in this state of affairs was the election of a totally incompetent and absolutely unsuitable individual to the presidency, Barack Hussein Obama. Hailed by his mindless followers as the “Messiah”, his administration gradually and imperceptibly became the source of intimidation and fear. To wit, the more fearful the Obama Administration developed, the more dictatorial it was. The appalling consequence of this tragedy was his desperate and no holds barred attempts to ensure the continuation of his bankrupt policies for another four years through Hillary Rodham Clinton.

Clearly, the “Russia Collusion” myth has originated in the White House and more precisely in the Oval Office. Loretta Lynch, James Comey, Andrew McCabe, Peter Strzok, John Brennan, James Clapper, Democrats in Congress, and countless others in the Department of Justice, the FBI, and the various intelligence agencies have merely been Obama’s and Clinton’s useful tools but America’s useless idiots.

Most importantly, the only Russian in the “Collusion” fairytale has been the classic ‘Disinformacia” as has been used throughout Russian and Soviet history. From the fabrication of unlawful and even treasonous acts to the government orchestrated media campaign, the Democrats have copied slavishly the tactics of Stalin’s terror and Putin’s more refined propaganda strategy.

The circumstances surrounding the appointment of the Special Counsel and the tragicomical investigation of Robert Mueller have created an enduring damage to the United States’s international reputation as the most democratic and the most lawful country in the world. Indeed, the rest of the world, in particular the dictators, current and wannabee strongmen all feel empowered to emulate the macabre lawlessness of this investigation with impunity. More importantly, calling a perfectly ordinary election flawed, in which one candidate lost and the other won, and the labeling of the duly elected President illegitimate, gives the impression that democracy does not exists in the United States of America any more. Subsequently, cheating in elections elsewhere is also justified.

Viewed from an unbiased perspective, the entire “Russia Collusion” affair can be reduced to its political core. Essentially, a minority that has been able to exploit two incompetently pursued wars under former President George W. Bush, gained power in 2008. Due to another incompetent Republican presidential candidate, Mitt Romney, a generally unpopular President Obama was reelected in 2012. For him and his followers the only important factor was to retain power at all cost. They failed. Instead of blaming themselves and their candidate, they have elected to rescue their corrupted ideology. Thus, they have embarked on a scorched earth strategy. If they cannot retain power they have argued, the lawfully elected president must be prevented by all means to assume and exercise his constitutional powers. For this end, he must be paralyzed, regardless of the ruinous domestic and international consequences.

Yet, Obama’s, Clinton’s and their lackeys’ “Resistance” strategy has backfired. The larger story of their efforts is the intelligence and the sense of morality of the American people that they have ridiculed. The other fact is that lies can only triumph over the truth temporarily. For maintaining lies in the long run leads to a dead end and a vacuum, in which they will ultimately disappear. Realism has never been the strength of utopian ideologies. Slogans, such as social justice, multiculturalism, global warming, etc., are no substitutes for political and economic freedoms, individualism, and faith in the wisdom of the human beings. For these reasons, attempts by the Left to bring back the failed past of Communism and Socialism are doomed to utter failure.