Freedom Centers Constitutional and Political Freedom The best analysis of the week … ...

The best analysis of the week … 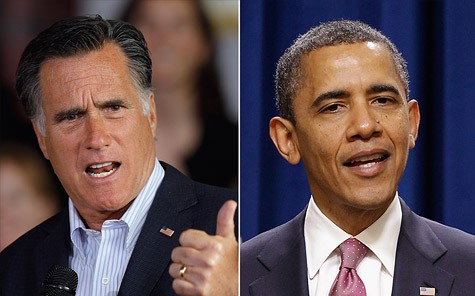 “Name a single thing that has improved under [Obama’s] rule…. 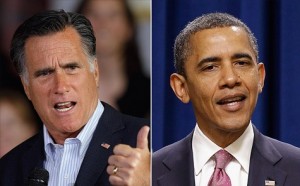 “Almost the entirety of the Muslim world is now rioting against an American president who promised that his olive branches to Muslims would secure peace….

“Domestically, our debt has increased by 50 percent in just four years, by some $5 trillion, with not a single observable benefit from the spending. Our bond rating already has been downgraded….

“Our politics is more fractured, less civil, than ever — and as Bob Woodward, of all people, indicates in his new book, this is largely the fault of Obama. He has been the first president in history to push through a major new program without a single vote from the opposing party — and while refusing to incorporate a single major idea from the other party, while ignoring overwhelming public sentiment to pass it, and while bending the rules in multiple ways to force it through Congress….

“His Justice Department is flagrantly corrupt….

“Gasoline prices are twice what they were when Obama took office — and rising again. The housing market remains in the doldrums. Food stamp use is by far at the highest level in history, and poverty is markedly up….

“Nothing is better, not a single thing, at home or abroad. And Obama has offered no recognizable plans, no new proposals, no substance at all, for making things better in a second term,” wrote Quin Hillyer in The American Spectator.

“[President Barak Obama is running] a dishonest, divisive campaign. It’s discouraging of enterprise. It does the opposite of uniting the country to deal with the current economic crisis,” says Mortimer Zuckerman in an article in the UN News & World Report.

“In other words, the issue Romney inartfully and insufficiently discussed at that closed-door fund raiser months ago might play pretty well…

“Contrast that to the message the Obama campaign has been leaning on all year: income inequality. He’s been pushing themes of the haves vs. the have nots, asking the wealthy to pay their fair share, and making sure successful people give credit (and cash) to the government for redistribution. Never mind that under President Obama, the rich have grown richer and the poor poorer, or that income inequality is worse under Obama than under George W. Bush,” wrote S.E. Cupp in an article published in the NY Daily News.

“President Obama has invited [Egyptian President Mohammed] Morsi to the White House next month, but won’t meet with Israel’s prime minister. What message does this send?

[T]he networks devoted 20 times the broadcast minutes to criticisms of Mr. Romney than to criticisms of how the administration has handled the crisis. It was much the same on the morning shows Thursday….”

“Most in the “mainstream” media are now de facto extensions of the Obama campaign. More people are noticing. “I think you guys are suck-ups,” a woman told reporters covering a Romney rally in Virginia.” — wrote Jack Kelly in an article published at Real Clear Politics.

“With the Middle East now more hostile to U.S. interests than ever, the “Arab Spring” has become a major political liability for the president. Try as he may, he can’t distance himself from it.

[I]n a May 2011 speech at the State Department, Obama essentially took credit for Islamists’ rise to power as part of his broader Mideast strategy to help free them from the “repression” of despots, while ending their “suspicion” and “mistrust” of America from the war on terror,” wrote the editors at the Investors Business Daily.

“Each new day seems to bring further evidence of the unremitting failure of President Barack Obama’s economic and foreign policies….

“The media narrative is Romney has had a bad couple of weeks with less-than-artful or ill-timed remarks about the growth of government dependency and Obama’s failed foreign policy. Still, Obama has had his own bad couple of weeks, on the economic front as well as abroad — though the media haven’t spotlighted it as they have with Romney….

More evidence of the failure of Obama’s economic policies was the Federal Reserve’s announcement of a third round of “quantitative easing” — Fedspeak for printing money to boost Wall Street trading in hopes that will trickle down to more jobs….

The news is no better on foreign policy. Even the administration is backing away from U.N. Ambassador Susan Rice’s farcical claim that the wave of anti-American riots were a spontaneous reaction to an obscure Internet video. And Obama’s “reset” with Russia is faring no better than his outreach to the Muslim world….

From the American kitchen table to the U.S. business environment to the unemployment line to the Arab street to Russian diplomacy, Obama’s policies have been a failure. Who wants four more years of that? — wrote Steve Huntley in the Chicago Sun-Times.

The reader may read the entire articles by clicking on the name of the publication which links to the full article referenced.