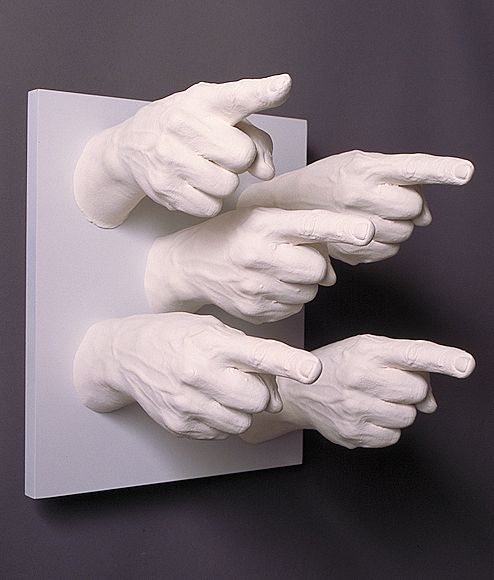 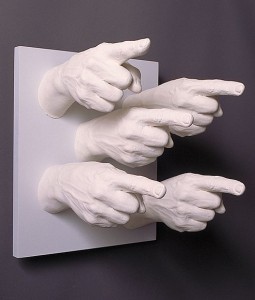 Shortly after a crazed gunman opened fire on Congresswoman Gabrielle Giffords and almost two dozen others in the immediate area, the mainstream media and the professional Left began to blame conservatives for creating a climate of anger and hatred. We did not even know the gunman’s name or even if there were co-conspirators, but the Left went into full spin mode to blame, not the gunman, but conservatives. Politico reported that a “veteran Democratic operative” advised President Obama “to deftly pin this on the tea partiers.” This blame game is stunningly dishonest and shockingly opportunistic and cynical.

A little over a year ago, at Fort Hood in Texas, Major Nidal Malik Hasan began shouting, “Allahu Akbar,” and proceeded to kill 13 people and wound 30 others. Immediately, the media warned America to withhold judgment. The next day after much was known about Hasan’s extremist Muslim views and terrorist contacts, President Obama said, “I would caution against jumping to conclusions until we have all the facts.” The mainstream media and many in Congress echoed those sentiments. Now, a little more than one year later and before the shooter’s name was even known, or even who most of the victims were, the media and professional Left began blaming conservatives, the Tea Party movement, talk radio and FoxNews for giving the shooter his motive. So much for not jumping to conclusions!

The best evidence available reveals that the alleged shooter, Jared Loughner, is a deeply disturbed man. His deranged thoughts and irrational fears led him to an act of terrible violence that had tragic results. But there is no evidence that he was motivated by any conservative. His friends describe his politics as very liberal. His favorite YouTube video is one that depicts the burning of the American flag. One of Loughner’s favorite books is “The Communist Manifesto.” His online writings are a confusing mishmash of nonsense about fears of government controlling grammar and even controlling his thoughts, and his desire to create his own currencies. There is not a shred of credible evidence that he wanted to shoot Congresswoman Giffords because he disagreed with her stands on healthcare, immigration or taxes. She was simply an important person whose death would bring him notoriety and she represented a system that in his frenzied or evil mind was unresponsive to his warped needs.

The truth is, had Rep. Giffords been a Republican, Loughner would have shot her just the same. He wasn’t truly politically motivated. He was just a crazed violent man. Yet, despite the evidence, the mainstream media and the professional Left are desperately trying to make the case that conservatives motivated Loughner to his murderous acts.

The truth is most assassins kill to make themselves famous or to be somebody. Politics isn’t the issue. President McKinley’s killer was an anarchist. He didn’t care what  political party McKinley belonged to. Lee Harvey Oswald, briefly defected to the Soviet Union and was an avowed communist. A nutty follower of Charles Manson, Lynette Fromme, tried to kill Gerald Ford because she wanted to bring attention to the plight of Redwood trees. Only a few weeks later, another crazy, Sara Jane Moore, made another attempt on Ford’s life. John Hinckley wanted to impress a young actress, not stop Reaganomics. Francisco Duran fired 29 shots at the White House when Bill Clinton was the president. It turns out he had a suicide note in his pocket. Even John Lennon’s killer wanted the world to notice him. Loughner probably just wanted to be known or to do something to strike back at the system that in his warped mind controlled grammar and prevented him from establishing the one or more currencies that he desired. Loughner’s writings show he did not plan to survive the day.

The moment I heard the news of the shooting, I knew that Left and the media would not let this tragedy “go to waste.” I knew they would use it for their purposes. And they did not disappoint. Make no mistake, this blame game is based on lies, deceit, double standards, cynicism, and opportunism — nothing more.

The Left rages against a national map on Palin’s website that “targets” a number of congressional seats for capture in the next election. But an identical map targeting vulnerable Republican seats at the DNC’s website doesn’t register even a peep. They can’t have it both ways!

Where were these people when the Left held big signs of President Bush with the words “Wanted Dead or Alive” stamped over his face? Where were they when the 2006 film “Death of a President” depicted the assassination of George W. Bush? Or when protestors called George W. Bush a “traitor” and a “terrorist?”

Where where these people when Obama, said, “They bring a knife to the fight, we bring a gun”? Or when Obama told supporters that a Republican victory last November would mean “hand to hand combat” with their fellow Americans? Or when Obama said, “We’re gonna punish our enemies” — referring to Americans who hold different political views. Or when he compared Republicans in the House and Senate to terrorists. Or when he told his supporters to “get angry and get in their faces!” Or when he spoke to ACORN and said, “I don’t want to quell anger. I think people are right to be angry! I’m angry!”

Where were they when MSNBC’s Ed Shultz, speaking of Dick Chenney said, “We should rip the heart right out of the chest of a former Vice President!” Or when Nancy Pelosi called the Tea Party “racists” and “extremists.” Or when Harry Reid in his mild mannered voice vilified his opponents and called Bush a “loser.”

Or when Keith Olbermann almost weekly indiscriminately calls virtually anyone he disagrees with a Nazi? Or when Chris Matthews wistfully spoke of a day when someone would explode Rush Limbaugh’s head? Did the people who now try to link Loughner’s terrible actions to conservatives ever speak out against Alan Grayson’s hateful screeds? No.

It is either ignorant or dishonest to try to connect conservative politicians or media personalities with whom the Left disagrees to the evil actions of Loughner. He alone is responsible for his actions. He was not encouraged by Palin or Limbaugh or Beck or FoxNews. Loughner kept a journal and we see no evidence that he was a disciple of the Right.

I am not defending harsh political rhetoric. I prefer well-reasoned and rational debate. Vitriol adds nothing and it cheapens and coarsens the discourse. But it is absurdly disingenuous and cynical for the media and national liberals to decry harsh political rhetoric while trying to blame people who have never advocated violence for the actions of a madman. That is the harshest and nastiest of all political rhetoric. It is a smear and nothing more. You can tell if our leaders are honestly seeking a more civil debate if they decry all vitriolic and harsh political rhetoric regardless of its source. But if they only see one source for such things, then they have revealed either their ignorance or that they are little more than petty partisans trying to gain a political advantage in the wake of a great tragedy.

The harshest, darkest, and unfairest form of political rhetoric is to blame those with whom you have political disagreements for evil acts which they did not commit and did not support or advocate. That is what is going here.