The Borking Liberal Media Goes to Work for Merrick Garland 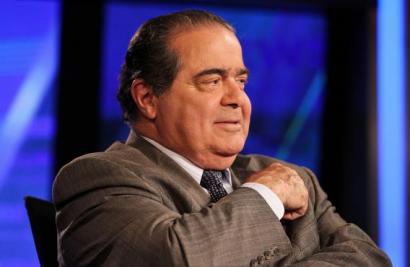 The media campaign to replace the conservative late Justice Antonin Scalia with an Obama appointee has begun.

It won’t be pretty. Republicans will be accused in the media — actually they are already being accused — of being “obstructionists” and worse in blocking the appointment of Judge Merrick Garland. But how did it get this way with the media, Democrats and Supreme Court nominations in the first place?

Let’s return to the days of yore – the summer and fall of 1987. I was a young political director in the Reagan White House, and President Reagan had nominated Robert Bork for a seat on the Supreme Court, a seat then being vacated by the retiring Justice Lewis Powell, a Nixon appointee.

Judge Bork, a sitting judge on the D.C. Court of Appeals, was decidedly well-qualified for the job. He had touched just about every legal base there was to touch in his profession. He had been a lawyer in a prestigious private law firm. He had been a professor at Yale Law School, where among others his students included young Bill Clinton and Hillary Rodham. President Nixon had appointed him Solicitor General of the United States, the number three position in the Justice Department and the official charged with the task of arguing the government’s position in cases before the Supreme Court. Most Solicitor Generals are anonymous beyond the legal community, but through a stroke of fate Bork became something of a public figure.

As the Watergate scandal began to close in on Nixon in the form of Special Prosecutor Archibald Cox, Nixon had had enough. Abruptly on a fall Saturday in 1973, Nixon gave Attorney General Elliot Richardson the order to fire Cox. Richardson, a Boston Brahmin of liberal bent and impeccable integrity, flatly refused and resigned on the spot. So too did his deputy, William Ruckelshaus, the number two at Justice. Suddenly, out of the blue that Saturday, Robert Bork found himself as the acting Attorney General of the United States. He was given a direct — and legal, if unpopular — presidential order to fire Cox. By now it was clear that somebody at Justice had to obey the order, and Bork stepped up to the task.

All of this became known instantly as the “Saturday Night Massacre”. The reaction in the media — not to mention on Capitol Hill — was a tidal wave of antipathy towards Nixon. While Cox was out, the pressure to appoint another “Independent Counsel” was on and Nixon succumbed. A new Attorney General was appointed, ditto a new investigator. Watergate would continue to unravel the Nixon presidency, and Robert Bork went back to the obscurity of his job as Solicitor General, departing for the practice of law when Jimmy Carter took office in 1977. By 1982, Ronald Reagan was in the White House and appointed Bork to the powerful D.C. Circuit, where he immediately began to distinguish himself along with fellow Reagan appointee Antonin Scalia.

Scalia reached the Supreme Court first, with a Reagan appointment in 1986. Now, in 1987, Bork was given the nod — and almost immediately controversy overtook him. Famously — make that infamously — Massachusetts Senator Ted Kennedy rose on the floor of the Senate to give a speech about “Robert Bork’s America”, in which Kennedy predicted a Bork confirmation would bring about a long, long list of horrors.

But the real problem here — which the White House staff, myself included was slow to grasp — was the media. We were presented with thick black briefing books that thoroughly documented Bork’s career in detail. It made for fascinating reading if you were into judicial philosophy, as I was. But alas, it took more than a little while to realize that what was in these briefing books mattered not a wit to what was about to happen to Judge Bork. Here’s Bork himself on what came next:

During all of this time there was the incessant barrage of negative advertising, media coverage, a daily flood of mail, and constant telephone calls. The media varied, of course, but the reporting in the New York Times, the Washington Post, and the three network news programs was almost unrelievedly hostile, as of course were the advertisements. The campaign was having its effect.

The Center for Media and Public Affairs coded 232 TV news and Washington Post stories and found that 381 judgments by sources 63 percent were negative and 37 percent positive, and that proportion was almost identical at each of the networks and the Post. Sources discussing my ideas ran four to one negative at the Post and six to one at the networks, with CBS well out in front, at eight to one. Throughout July, August, and September, TV news carried eighty-six persons critical of my views and only sixteen who were favorable. After the hearings closed, TV carried twenty-nine critical statements and not one favorable statement.

It was not that so few defenders, or none, were available. Newspapers and television decide whom to ask and whose opinions to carry. According to a journalist, when a reporter wants to express his opinion in a news story, he goes to a source who agrees with him for a statement. In that way the pretense of objectivity is maintained. The Center also analyzed the tag lines of the television network news stories, because bias is usually manifested there. It reported that my nomination held the record for bias among all issues whose reporting the Center had monitored: 100 percent negative on all three networks. I later heard the polls were much more favorable to me among people who had watched the entire hearings than among those who saw only the nightly news.

We take three newspapers in the morning, and I became so sick of the coverage that I asked (his wife) Mary Ellen not to hand me anything but the sports pages. Nor did I watch television news.

In 1987, Rush Limbaugh was not yet a force in the world of talk radio. It would be another decade before Fox News arrived on the scene. And of course the Web was non-existent. Thus it was that in this media environment of the mid-1980’s Robert Bork was “borked” by the combination of liberal senators, left-wing special interest groups and, but of course, the liberal media.

If the borking of Robert Bork was not the opening salvo in the judicial wars — arguably that had been in the Nixon-era when a huge fight arose over the nomination of South Carolina jurist and conservative Clement Haynesworth to the Court. After a mammoth battle Haynesworth was defeated, to be replaced by Floridian Harold Carswell who was also defeated. At that point Nixon gave up on the idea of appointing a conservative from the South and went – fatefully – with Minnesotan Harry Blackmun. It was Blackmun who would later lead the charge for Roe v. Wade.

Now comes the death of Justice Scalia and the Obama appointment of Merrick Garland. And right on cue, the media is braying about Republican obstructionists with doubtless more hostile stories set to pour forth designed to pressure Republican senators into supporting Garland.

It would be hard to understate the vast gulf of mistrust between conservatives and Democrats in the Senate, the media and various leftist special interest groups. Since the borking of Robert Bork, the media treatment of GOP judicial nominees has gotten even worse. Do the words “Clarence Thomas” ring a bell? That one was turned into such a disgraceful media circus that even now, decades later, Hollywood’s HBO feels the need to go back and trash Justice Thomas yet again in a new movie to be released this year. The film is a testament to nothing as much as the left’s iron determination to run the country from the Supreme Court. A determination backed to the hilt by the left-wing media.

For sure the media environment has changed and changed for the better. There is Rush now, in full flower. And Sean and Mark and Laura and Glenn and countless local versions of same. Fox exists, and conservative commentators flourish on other networks. (Full disclosure: I am at CNN along with other conservatives.) Most remarkable, of course, is the Internet, with one conservative site after another poised to provide back-up to the inevitable media assault that will reign down on the head of GOP senators determined to resist Merrick Garland precisely as their Democratic opponents insisted was fair game beginning with Bork and then running through both the Bush 41 and 43 eras as the borking procedure was extended even to those nominees for the lower courts. Not to be forgotten here is the collection of grassroots conservative groups who confer regularly on confirmation strategy, a direct legacy from the Bork fight.

But make no mistake. The fact that any of this happens or is even needed at all is a direct result of the borking of Robert Bork in that long ago summer and fall of 1987. A borking in which, as Bork himself would later detail, the media was totally complicit.

And this time? This time it is a reminder of the mortality of Supreme Court Justices — and perhaps, just perhaps, it is a warning bell that it is finally time to give more attention to an Article V convention of states that can amend the Constitution precisely as conservative talk radio star Mark Levin suggests in his bestseller The Liberty Amendments: Restoring the American Republic : “An Amendment to Establish Term Limits for Supreme Court Justices and Super-Majority Legislative Override.”

If that proposal caught fire, the borking of Bork would pale with the media firestorm that would surround what is becoming the necessary next battle to rein in the federal judiciary.