The Collusion Lie Came at a Tremendous Cost 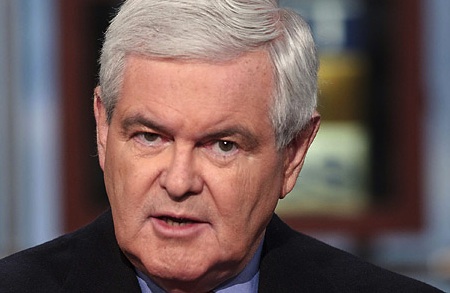 The collusion lie will go down in history as one of the strangest distortions of reality to dominate the American political scene. For more than two years, the national establishment and news media were fixated on a “truth” that turned out to be false.

In some ways, this national psychosis is reminiscent of the popular madness that would run through medieval societies from time to time. Think of the flagellants going from city to city beating themselves to exorcise their sins. Think of the madness that surrounded Friar Girolamo Savonarola when he ruled Florence from 1494 to 1498.

In our own country, think of the hysteria of the Salem witchcraft trials in 1692 and 1693, when more than 200 people were accused of witchcraft. Fourteen women and five men were found guilty and hanged. A sixth man was pressed to death with stones.

On Oct. 30, 1938, Orson Welles terrified millions of Americans with a fake news broadcast reporting aliens had invaded Earth. Based on the H.G. Wells book, “The War of the Worlds,” Welles presented it so vividly that many Americans panicked, thinking they were listening to a genuine newscast of a real invasion from outer space.

The difference between the fake collusion myth and Welles’s frightening broadcast was that by Oct. 31, 1938, Americans understood the story of the invasion was a fiction. Conversely, the liberal media, Democrats and anti-Trump Republicans have been able to keep their collusion falsehood alive for over two years.

The biggest cost of this big lie project is the diversion of attention from all the real threats to America.

China has been launching multiple strategic offensives that threaten to create a Chinese global hegemony in our lifetime.

In our backyard, the Monroe Doctrine has been shattered. The Chinese and Russians are jointly propping up Nicolás Maduro’s dictatorship in Venezuela in open defiance of warnings from American leaders.

We may presently face a choice of accepting defeat in Venezuela – with major consequences for our prestige throughout Latin America – or dramatically escalating our efforts to force Maduro out of power. This could potentially include the decisive use of American military forces.

For over two years, the news media have enthusiastically avoided an increasingly dangerous world by reporting on a false story that fit their ideological needs.

Consider the volume of coverage given to fake news about a nonexistent collusion.

MSNBC had more than 4,200 posts mentioning the Mueller probe when searched. Between February 20, 2017, and March 31, 2017, Rachel Maddow spent 53 percent of her broadcast on Russian collusion.

As an indicator of the intensity of focus on the fake collusion crisis, consider the chryrons – the electronic captions on the bottom of TV screens day after day. The Pudding has put together an extensive data tool for tracking these graphics between August 25, 2017, and January 21, 2018.

Michael Cohen got 199 bottom third reports on Fox. MSNBC gave him 333, and CNN featured him 435 times.

Mueller, busily pursuing what he would later report was a nonexistent collusion between President Trump and Russia, got even heavier coverage.

The most interesting example of the focus on fake news was the reporting in chyrons about Russia.

Remember, Russia is still acting aggressively in Ukraine, is involved in Venezuela and Syria, and is working to get Western Europe dependent on Russian natural gas. However, these historic challenges were not the primary focus of an amazing amount of news attention given to Russia.

Sadly, the fact that there has been no collusion has not led the news media to turn to the serious threats which endanger America. We should demand to know when Mueller reached his conclusion – and how long he let President Trump govern with falsehoods surrounding him. This was an act of amazing irresponsibility by Mueller.

The desperation of the news media to avoid the serious dangers that are building around the world was also captured in the intensity of coverage given to the Jussie Smollett case.

It is astonishing that a case of deliberate dishonesty by an anti-Trump actor could get as much attention as it did. Once again, trivia crowded out the serious threats that could endanger America. Networks spent 101 minutes of coverage on the Smollett story before it was revealed as a farce.

Unfortunately, it’s clear the Democrats will continue investigating President Trump rather than investigating China, Russia, Venezuela, Iran, or any of the threats that are growing as we ignore them.

Likewise, the liberal media will continue to focus on domestic trivia. In the value structure of the liberal media, a former vice president’s hugging habit is worth far more coverage than China’s breakthrough in getting Italy – a NATO member – to contract out two major seaports to Chinese management.

If America fails to identify the growing threats to our national security (and thus fails to respond effectively) future historians may look back on the shallowness and myopia of the news media as a major factor.

President John F. Kennedy wrote “Why England Slept” because he was trying to explain the British failure to recognize how dangerous Adolf Hitler was in the 1930s.

Someday, someone may write “Why America Slept.” A major part of it might be devoted to the fake news and the shallowness of much of the American news media in failing to report on reality to the American people.

This might be the greatest cost of the collusion lie.