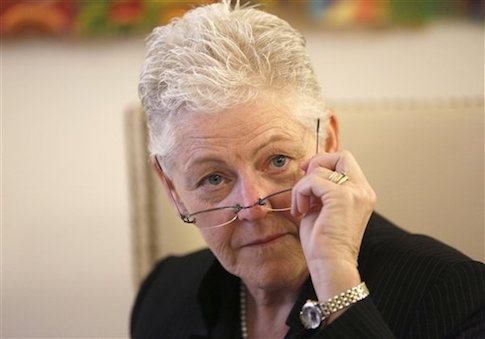 In 2012, the Obama Administration pushed through a dramatic increase in Corporate Average Fuel Economy (CAFE) standards — jumping the fleet average mileage mandates to 54.5 miles per gallon by 2015. At the time, it was agreed there would be a mid-term review before 2018 to determine if the new CAFE standards were feasibly possibly in the time frame required. However, now the Obama Administration and the EPA just announced that there will be no midterm review and that intends to impose the 54.5 miles per gallon mandate regardless of the feasibility or impact.

Obama is trying to ram through as many new regulations as possible before leaving the White House in hopes of solidifying his regulatory legacy and extending his influence even after his two terms have expired.

Whenever CAFE standards are discussed, proponents insist that the technology exists to significantly increase efficiency.  But if it is true that auto makers can easily produce cars and trucks that get substantially higher mileage, why don’t we see them in the showroom? Wouldn’t a vehicle that gets better mileage, but does not sacrifice power or space or utility sell like lemonade on a hot summer day? The marketplace provides ample incentive for automakers to improve the efficiency of their vehicles. But mileage isn’t the only factor that consumers consider when buying a new vehicle.

Increasing mileage mandates also poses serious safety concerns. Forcing American families into small econoboxes will only mean more highway deaths and more serious injuries. Again, before the Obama took office, he Department of Transportation estimated that CAFE standards have caused 2,000 deaths and 20,000 serious injuries each year since its inception. Increasing mileage mandates to 54.5 miles per gallon will cause those numbers to spike dramatically upward.

Americans should be able to choose the cars that best meet their needs and budgets. They don’t need government bureaucrats telling them what type car to drive. Many families will need larger cars so that they can go to soccer practice and visit grandma and grandpa over the holidays. Others live on farms and ranches or have small businesses and need trucks to do their work. Politically motivated EPA bureaucrats are not well suited to make wise choices for us.

Obama may think he is solidifying his legacy in the climate change arena, but what he is actually doing is making cars more expensive, less safe, and less likely to meet Americans varied automotive needs — all while putting American automakers and dealers in a difficult economic situation. His legacy will be dramatically more highway deaths and serious injuries and he will continue his policies’ negative impact on the economy.

Rushing the regulatory process in an attempt impose new regulatory burdens as Obama is leaving office does nothing to solve our nation’s economic problems and does a lot to compound them. It does nothing to make Americans safer on the byways of America. This sort of misguided regulatory abuse so the outgoing president can pretend to have done something productive is precisely what gives politicians a bad name. And it is why voters registered a strong vote for change just a few weeks ago in the election.

Rather than unilaterally trying to rewrite the law and engaging in last minute grandstanding on CAFE standards that accomplish little good and does great harm, Obama and the EPA should allow the mid-term review to be completed in 2017 as the law provided when regulations went into effect.