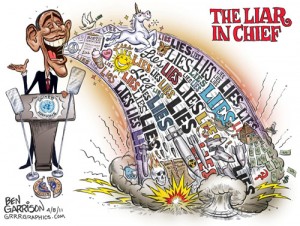 Amid much fanfare, President Obama on Tuesday signs two executive orders designed to begin to narrow the wage gap between men and women. Never mind that the criteria generally used to measure such things are faulty and that the Obama administration doesn’t practice what it deceptively preaches.

But as we’ve editorialized before, the “wage gap” is a myth that looms large. Even a Labor Department-commissioned study found, as the American Enterprise Institute’s Christina Hoff Sommers recounts, “that the so-called wage gap is mostly, and perhaps entirely, an artifact of the different choices men and women make — different fields of study, different professions, different balances between home and work.”

And as Carrie Lukas of the Independent Women’s Forum notes, the wage gap statistics aren’t statistically sound — they do not “compare two similarly situated co-workers of different sexes, working in the same industry, performing the same work, for the same number of hours a day.”

Of course, if Mr. Obama is so adamant about equal pay, he might want to start in his White House, where, last year, women were paid an estimated 11.8 percent less than men.

This article was written by the Editorial Board of the Pittsburgh Tribune-Review.