Freedom Centers Constitutional and Political Freedom The Fog of Benghazi ...

The Fog of Benghazi 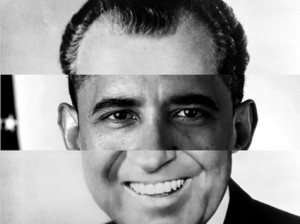 The Ambassador to Libya and three other Americans were murdered September 11 in Benghazi. That we know. But too little else about what took place before, during and after the attack on the U.S. diplomatic mission is clear.

The White House says Republicans are “politicizing” a tragedy. Politicians politicize, yes, but part of their job is to hold other politicians accountable. The Administration has made that difficult by offering evasive, inconsistent and conflicting accounts about one of the most serious American overseas defeats in recent years. Unresolved questions about Benghazi loom over this election because the White House has failed to resolve them.

• Why did the U.S. not heed warnings about a growing Islamist presence in Benghazi and better protect the diplomatic mission and CIA annex?

From the start of the Libyan uprising in early 2011, the Central Intelligence Agency built up an unusually large presence in Benghazi. By this September, two dozen or so operatives and contractors monitored Ansar al-Shariah and other militant groups. Deteriorating security after the war was no secret. U.S. intelligence noted militant camps in the mountains near Benghazi, including “al Qaeda leaning” fighters, according to Tuesday’s New York Times.

Over the summer, the Red Cross and the U.K. closed their offices in Benghazi after attempted terrorist attacks and assassinations. A bomb went off outside the U.S. mission on June 6 but hurt no one. Ambassador Chris Stevens told his superiors in an August cable about a “security vacuum” in Benghazi. A different classified State cable sent in August, and obtained by Fox News this week, noted the growth of al Qaeda training camps and expressed concern about the Benghazi mission’s ability to defend against a coordinated attack. It said it would ask for “additional physical security upgrades and staffing.”

In a House hearing last month, career State Department officials said various requests for security reinforcements to Libya were turned down. A 16-member special security team in Tripoli, the Libyan capital, was pulled out in August. The inability of Libya’s weak central government to protect American diplomats was overlooked.These revelations came from the career staff at State.

Mr. Obama and Secretary of State Hillary Clinton have claimed “responsibility” for Benghazi, without saying precisely for what. During the second Presidential debate on October 16, Mr. Obama was asked: “Who was it that denied enhanced security and why?” He changed the subject.

• What exactly happened on the day of 9/11? During the over six hours that the compounds in Benghazi were under siege, could the U.S. have done more to save lives? What was President Obama doing and ordering his subordinates to do in those fateful hours?

An October 9 State Department briefing offered the first precise timeline, nearly a month later. There was no demonstration outside the consulate the evening of the 11th—”nothing unusual during the day at all outside,” a State official said.

That may not be right. Early that morning, Embassy guards noticed a Libyan police officer in a building across the street “photographing the inside of the U.S. special mission,” according to a letter dated September 11 from the Embassy to the Libyan government, calling it “troubling.” The letter was discovered last week at the still unsecured compound by two journalists and published on Foreign Policy’s website Thursday.

At 9:40 p.m. local time (3:40 p.m. EST), a security officer at the Benghazi consulate heard “loud noises” outside the gate and “the camera on the main gate reveals a large number of people—a large number of men, armed men, flowing into the compound,” according to the State Department timeline.

Within half an hour, the consulate was on fire. At about 10:45 p.m., help arrived from the CIA annex about a mile away. The CIA offered its first account of that evening this Thursday night, nearly two months after the fact. Agency personnel were dispatched within 25 minutes of the initial attack on the consulate. By 11:20, they evacuated the consulate. Stevens and Sean Smith, a State employee, were dead.

The fortified annex then came under steady small-arms fire for 90 minutes starting around midnight, according to the CIA timeline, but it was never breached. The fighting lulled for four hours. Before dawn, a sudden mortar attack killed two CIA security officers on a rooftop, according to CIA officials. By then, a Quick Reaction Force had arrived from Tripoli to evacuate the annex. The CIA briefers said the agency did not deny aid to the consulate. But the Journal reported on Friday that the CIA and State “weren’t on the same page about their respective roles on security” in Benghazi.

The latest account also leaves unanswered what other options Mr. Obama and his security team considered. The U.S. failed to bring armed drones, gunships or other close air support to defend the annex from the militias who were outside its gates for over four hours. The fighting at the consulate may have taken place too quickly to bring in outside military support. According to officials who spoke this week, fighter jets in Italy would have created too much collateral damage in a civilian neighborhood.

An unarmed U.S. drone was diverted to Benghazi but had trouble distinguishing between the terrorists and U.S. allies who came to the compounds’ aid. An armed drone wasn’t in the area. A large special operations force from Fort Bragg arrived in Sicily too late to help, according to a National Public Radio report Thursday.

Mr. Obama was informed of the attacks at around 5 p.m.—11 p.m. in Libya—during a previously scheduled meeting with his military advisers, and he ordered military assets moved to the area, according to ABC News. During the attacks, however, the Administration didn’t convene the Counterterrorism Security Group, which was created to coordinate a response to a terrorist attack, according to a CBS News report.

Late last week, Mr. Obama was twice asked by a local Denver television anchor whether Americans who asked for help in Benghazi were turned down by the chain of command. He didn’t answer.

Yet it’s still reasonable to ask why the U.S. wasn’t prepared for such a contingency. Since 9/11 (of 2001) the U.S. has been at war with the people who attacked in Benghazi, even though many liberals don’t like to say so. One of them is the current Commander in Chief, who still refuses to talk about his Administration’s response to his 9/11.

• Why has the Administration’s story about what took place in Benghazi been so haphazard and unclear?

In his September 12 Rose Garden statement, Mr. Obama said “no acts of terror will ever shake the resolve of this great nation, alter that character, or eclipse the light of the values that we stand for.” He said this at the end of his remarks, well after his specific comments about Benghazi.

Unnamed Administration officials that same day told Reuters that an al Qaeda regional offshoot and members of Ansar al-Shariah were probably involved. “It bears the hallmarks of an organized attack,” one U.S. official said. Intelligence officials briefed Members of Congress later that week that terrorism was the likeliest culprit.

Yet by the end of that week, the White House offered a different account: That the Benghazi attack grew out of a spontaneous demonstration against an anti-Islam video on YouTube. On September 14, Obama spokesman Jay Carney said, “We don’t have and did not have concrete evidence to suggest that this was not in reaction to the film.”

Two days later, U.N. Ambassador Susan Rice went on a tour of the Sunday talk shows to repeat the video-caused-the-protest story. On CBS’s “Face the Nation,” she contradicted Libya’s President Mohamed Magarief, who on the same show blamed a “preplanned” attack by “foreign” terrorists. The White House and Ms. Rice have since claimed they were merely following talking points provided by the “intelligence community.”

Yet Reuters revealed last week that government officials saw a possible al Qaeda connection even as the attacks were taking place. Emails from State’s regional security officer to the White House Situation Room, the Pentagon, the FBI and others noted that Ansar al-Shariah had taken responsibility. The Daily Beast’s Eli Lake reported that FBI officers who interviewed security officers who worked at the consulate knew as early as September 14 that the attack was no protest.

It took eight days for the Administration to formally declare that the four Americans “were killed in the course of a terrorist attack on our embassy,” in the words of Matt Olsen, director of the National Counterterrorism Center. But six days later Mr. Obama was asked by Joy Behar on “The View” if “it was an act of terrorism”? He said the government didn’t know. In his September 25 U.N. address, Mr. Obama made several general references to the YouTube video but made no mention of terrorism in the context of Benghazi.

His campaign stump speech to this day includes the lines that “al Qaeda has been decimated” and the U.S. is “finally turning the page on a decade of war to do some nation-building right here at home” (Thursday in Las Vegas).

Mr. Obama has made the defeat of al Qaeda a core part of his case for re-election. Yet in Benghazi an al Qaeda affiliate killed four U.S. officials in U.S. buildings, contradicting that political narrative.

The President may succeed in stonewalling Congress and the media past Election Day. But the issue will return, perhaps with a vengeance, in an Obama second term. The episode reflects directly on his competence and honesty as Commander in Chief. If his Administration is found to have dissembled, careers will be ended and his Presidency will be severely damaged—all the more so because he refused to deal candidly with the issue before the election.

America has since closed the Libya diplomatic outpost and pulled a critical intelligence unit out of a hotbed of Islamism, conceding a defeat. U.S. standing in the region and ability to fight terrorist groups were undermined, with worrying repercussions for a turbulent Middle East and America’s security. This is why it’s so important to learn what happened in Benghazi.