The ‘Great Divider’ likes political speech only when it likes him 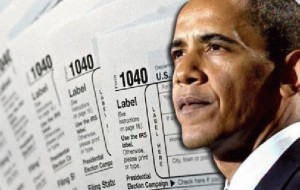 It takes preternatural naivete to accept claims that nobody in the Obama White House knew about the illegal targeting conducted by the IRS during the 2010 and 2012 campaigns, namely the harassing treatment of Tea Party, conservative and evangelical groups seeking nonprofit status. Obama has a history of going after critics with something more than reason and logic. In 2008, he encouraged supporters to “get in their face” when dealing with opponents. There was also the massive call-in organized by his campaign the same year demanding that a radio station cancel an interview with National Review’s Stanley Kurtz about Obama’s links to radical leftists like Students for a Democratic Society/Weather Underground bomber Bill Ayers.

Obama came of age in the Chicago school of politics in which using official agencies to bully the opposition is a commonplace. So it will hardly be a surprise if and when concrete evidence turns up of White House involvement in the IRS targeting scandal. After all, Democrats like Obama and House Minority Leader Nancy Pelosi have been attacking freedom in the economic realm for decades, so going after political speech likely comes just as easily for them.

Investigators for the House Oversight and Government Reform Committee recently uncovered evidence of the lengths to which Pelosi and the House Democratic leadership are willing to go to stifle political speech with which they disagree, and it bears a disturbing similarity to the IRS scandal. There has been a concerted effort for several years among Democrats and their activist allies in the nonprofit world to force corporations to disclose more information about their support of independent political groups, especially those known as 501(C)(4) foundations, which are found across the ideological spectrum.

Forcing such disclosure could have a chilling effect on the firms’ willingness to help groups supporting causes unpopular among liberal Democrats. As the Wall Street Journal pointed out, “corporations tend to support groups on both the left and the right, whereas unions are more reliably liberal. If businesses are limited in the public debate, it’s a big win for Democrats.”

The oversight committee found that a majority of the SEC’s commissioners and its professional staff in the division of corporate finance firmly opposed a proposal that the agency adopt such a rule. Sustained pressure from the Obama White House and Democratic congressional leaders, however, succeeded in overcoming that opposition and such a rule is now on the SEC’s agenda, never mind that regulating political speech has nothing to do with maintaining orderly markets, protecting investors from scam artists like Bernie Madoff, or encouraging capital formation.

More than a year ago, in a Weekly Standard essay presciently titled “The Great Divider,” Peter Wehner, a former senior aide to a Republican president, noted that Obama promised in 2008 to help Americans “rediscover our bonds to each other and get out of this constant, petty bickering that’s come to characterize our politics.” Who knew Obama meant ending political debate by silencing one of the parties to it?

This op-ed article appeared in the Washington Examiner.