Freedom Centers Constitutional and Political Freedom The Hospital Crisis of Our Making ...

The Hospital Crisis of Our Making

We feared hospitals would be overwhelmed. Instead, in many states, they’re emptying out and laying off doctors and nurses. 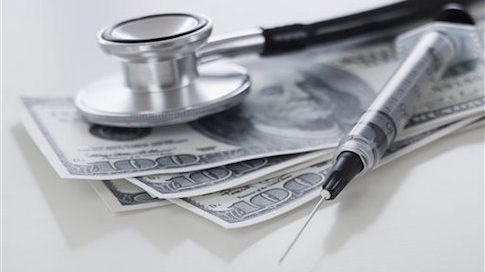 We had to destroy the hospitals to save them.

You could be forgiven for thinking that’s the upshot of the coronavirus lockdowns that have suspended elective surgeries and generally discouraged people from going to hospitals.

We are experiencing an epidemic that bizarrely — and in part because of the choices of policymakers — has created a surfeit of hospital beds and an excess of doctors and nurses.

Not everywhere, of course. Hospitals in New York City and parts of New Jersey have been tested to their limits. But throughout much of the country, hospitals are drastically underutilized, both because states have banned elective procedures and people have been too afraid to show up.

Drastic measures were called for when the coronavirus hit our shores and began to spread out of control, especially in urban areas particularly susceptible to the pandemic. It is understandable that we wanted hospitals to prepare for the worst, and to preserve and muster equipment necessary to safely care for infected people. Hospitals themselves can become a vector for spread of COVID-19, so keeping away people who didn’t absolutely need to show up was a reasonable impulse.

But this is a case where the cure may be really worse than the disease — or at least has created its own crisis.

Elective surgeries are a major source of revenue for hospitals, which have taken an enormous hit as they have disappeared, often in response to state orders.

West Tennessee Healthcare, based in Jackson, lost $18 million in March after the state prohibited elective surgeries, and furloughed 1,100 out of a 7,000-person staff, according to Becker’s Hospital Review. Summit Healthcare in Arizona expects as much as a 50 percent drop in revenue after the state’s ban on elective surgeries. Philadelphia-based Tower Health, also dealing with a 50 percent drop in revenue, furloughed 1,000 employees out of 14,000.

The examples go on and on and on. Even hospitals in New York State, a center for the virus, are feeling the pinch. Catholic Health and Kaleida Health in Buffalo are furloughing workers. So is Mohawk Valley Health System in Utica, Cayuga Medical Center in Ithaca, and Columbia Memorial Hospital in Hudson.

Elective surgeries aren’t necessarily what you think. As a piece in The Atlantic pointed out, they aren’t just knee replacements. They include procedures for serious illnesses such as cancer. A recent New York Times story was headline, “The Pandemic’s Hidden Victims: Sick or Dying, but Not from the Virus.” It led with the story of a Rutgers University professor who couldn’t get treatment for the recurrence of his blood cancer.

As with the lockdowns in general, it’s not clear how much of the reduced traffic in the hospitals has been the result of people changing their behavior on their own based on fear of the virus, and how much has been the result of state edicts. But it’s certainly true that the prohibitions on elective surgeries — more than 30 governors had issued some version of them as of late April — were too clumsy and sweeping, and not geographically selective enough.

Governors in some states are now loosening them up, and it’s time for other governors around the country to follow suit, except in true hot spots. In retrospect, the bans fail the cardinal rule of health care: First, do no harm.