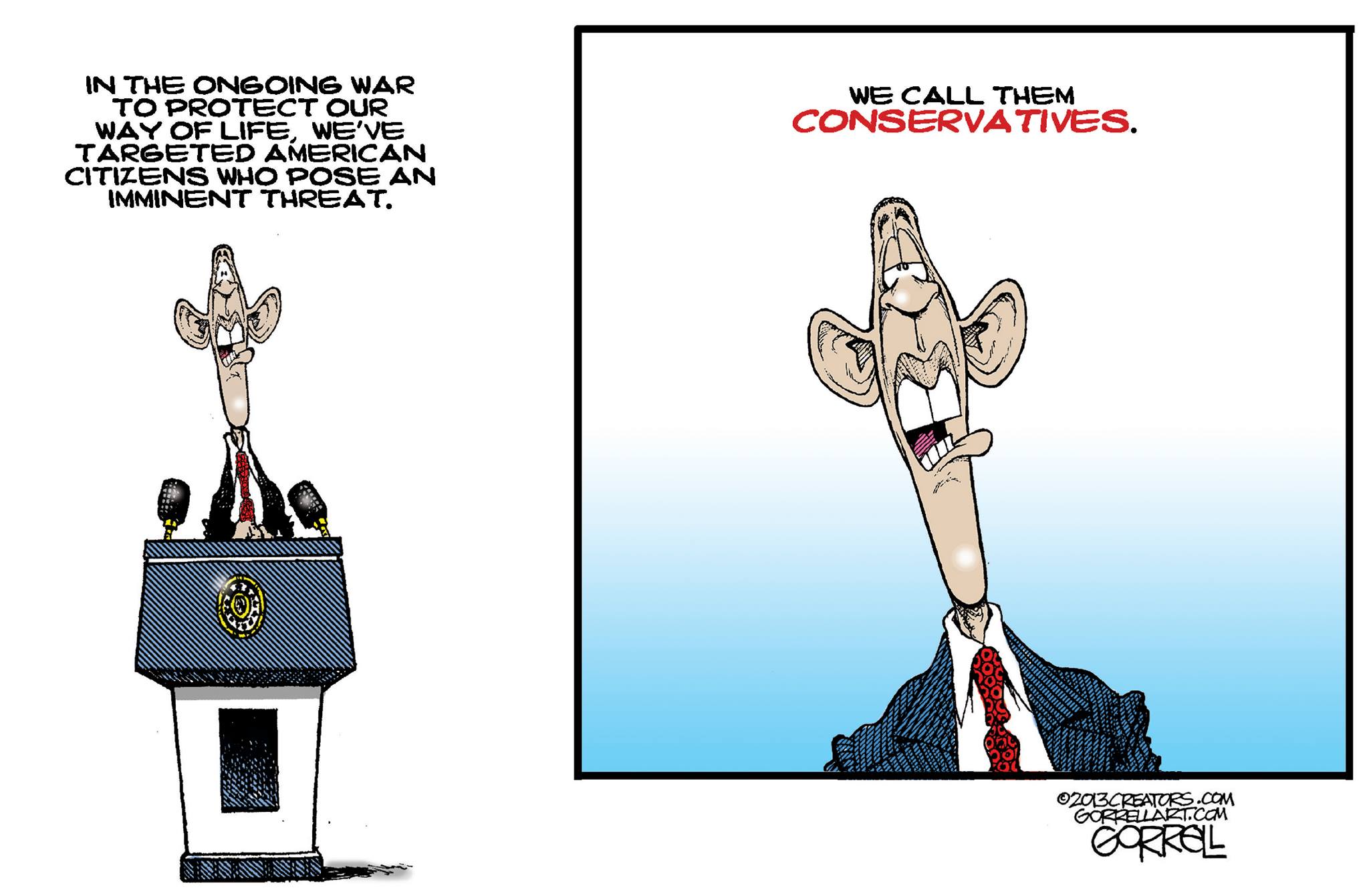 What’s been said of confession — that it is good for one’s soul but bad for one’s reputation — can also be true of testifying to Congress, so Lois Lerner has chosen to stay silent. Hers, however, is an eloquent silence.

The most intrusive and potentially most punitive federal agency has been politicized; the IRS has become an appendage of Barack Obama’s party. Furthermore, congruent with exhortations from some congressional Democrats, it is intensifying its efforts to suffocate groups critical of progressives, by delaying what once was the swift, routine granting of tax-exempt status.

So, the IRS, far from repenting of its abusive behavior, is trying to codify the abuses. It hopes to nullify with new rules the existing legal right of 501(c)(4) groups, many of which are conservative, to participate in politics. The proposed rules have drawn more than 140,000 comments, most of them complaints, some from liberals wary of IRS attempts to broadly define “candidate-related political activity” and to narrow the permissible amount of this.

Lerner is, so far, the face of this use of government to punish political adversaries. She knows what her IRS unit did and how it intersects with the law, and for a second time she has exercised her constitutional right to remain silent rather than risk self-incrimination. The public has a right to make reasonable inferences from her behavior.

And from Obama’s. After calling the IRS behavior “outrageous,” he now says there is not a “smidgen” of evidence of anything to be outraged about. He knows this even though the supposed investigation of the IRS behavior has not been completed, or perhaps even begun. The person he chose to investigate his administration is an administration employee and a generous donor to his campaigns.

Obama breezily says there was nothing more sinister than “boneheaded decisions” by wayward and anonymous IRS underlings. Certainly boneheadedness explains much about this administration. Still, does he consider it interesting that the consequences of IRS boneheadedness were not randomly distributed but thwarted conservatives?

The rules that Obama says befuddled the IRS boneheads — to his benefit — read today exactly as they have read since 1959. For half a century they did not prevent the IRS from processing applications for tax-exempt status in less than three months. Some conservative group should offer $10,000 to anyone who can identify a liberal group that had the experience scores of conservative groups have had — an application delayed more than three years and receipt of an IRS questionnaire containing at least 60 questions.

Speaking of questions: Can anyone identify a Democratic Senate candidate whose tax records were leaked, as Christine O’Donnell’s were when she was the Republican candidate in Delaware in 2010? Is it a coincidence that in January 2011, after Catherine Engelbrecht requested tax-exempt status for two conservative groups she founded in Texas — King Street Patriots and True the Vote — the Engelbrecht family business was notified of its first IRS audit? Does James Comey wonder why (this was before he became FBI director), five months after Engelbrecht’s tax-exemption request, FBI agents appeared seeking information about attendees at the King Street Patriots meetings? Were five subsequent FBI contacts “checking in” for “updates” on the group’s activities really necessary? Why did the Occupational Safety and Health Administration and the Bureau of Alcohol, Tobacco, Firearms and Explosives show a sudden intrusive interest in the Engelbrechts’ business, which has nothing to do with alcohol or tobacco or firearms or explosives?

The idea that politicians should write laws restricting people critical of them is as perverse as the idea that the sprawling, opaque IRS bureaucracy should be assigned to construe and apply such laws. It is bad enough that there is the misbegotten Federal Election Commission to do what the First Amendment forbids — government regulation of the quantity, content and timing of political speech.

This column has previously noted that in 1996 a Republican Senate candidate called the FEC to dispute campaign finance charges made by Democrats. The head of the FEC’s enforcement division told the Republican: “Promise me you will never run for office again, and we will drop this case.” So spoke Lois Lerner.

There almost certainly are people, above her and beyond the IRS, who initiated or approved the IRS’s punitive targeting of conservative groups and who hope Lerner’s history of aggressive partisanship will cause investigators to conclude that she is as high as responsibility for the targeting rises. Those people should hire criminal defense attorneys.

George F. Will is a columnist at The Washington Post.